Flw Or Bass – Which To Fish And Which To Watch…….

Fan of the Bassmaster Elite Series.

Fan of the FLW Tour.

I have good friends who fish on both sides of this proverbial ball and I cheer for them all.

The second stop of the FLW Tour kicked off today on Lake Hartwell in South Carolina.

451 miles south, the first stop of the 2016 Season for the Bassmaster Elites kicks off today as well, but on the St. Johns River in Palatka, FL.

Yes, I admit while I am typing this, I have two browser windows open on my computer.

One is on the FLW Twitter page, watching for updates. The other on Bassmaster.com and the Basstrakk page and live blog.

I love the fact I can watch these pages, the videos posted and all the info that is now what we know as Bass fishing on the internet.

Reports are already coming in on who has a limit, who caught a fish off a dock and who is doing what, where, when, why and how.

What I am not crazy about is having to choose. Choose between FLW and BASS on the same weeks.

Granted, I make my living in the fishing industry but I don’t have to catch 5 fish a day to do it. I’m no where near the caliber of these guys and never tried to be. I like where I sit and what I do.

What bothers me though are the good friends of mine who have worked so hard to qualify for one tour or the other and then with a conflict in schedules they have to choose.

Here or there. FLW or BASS.

These guys make their living fishing in tournaments. FLW, BASS, Opens, Costas, BASS Nation, BFL’s. Yes, it’s a hard way to make a living, but for them, it works.

A good friend of mine is a rookie on the Elite Tour this year. He came over from the FLW side where he was very successful. “CB, If I could fish both trails I would. Yeah, it’s a lot of money in entry fees and so forth, but the reward is greater if I have a good year. I would rather have that option, I would rather fish as much as I can.”

This year the Elite guys will fish 9 tournaments and the FLW guys 6. To some that’s a bunch, to others its not enough. The FLW Tour will be done and finished by late July. (They did add two events AFTER the cup) The Elite Series a couple months later.

“We have 6 tournaments on the FLW Tour to qualify for the cup.” One FLW buddy told me, “You can’t dig yourself a hole and expect to climb out of it.”

The Elite guys have a a few more events to qualify for the end of the year AOY Event and ultimately the Classic but for the guys who have fished both tours in the past and done well, that option is no longer.

For the guys who want to fish both sides I feel for them.

My opinion is, if you can afford it and you can make the travel work, more power to you.

Many of them are gone for extended lengths of time and the more they fish the more they can earn. Sponsor money, contingency money, bonuses, you name it. The exposure for sponsors is huge when fishing multiple trails and more events each year. Thus making them more appealing to sponsors.

I hate it for these guys, for my buddies.

I wish the schedules had worked out differently.

I wish my buddies had the option to fish both sides and make a career on both tours.

I guess I get it.

As Fans, I hope we have the bandwidth to keep up with both weigh-ins today live on-line.

For my buddies fishing, I wish big limits all 4 days, on both tours.

For FLW and BASS, I wish we could all just get along.

I would love to hear your comments and opinions on this. Please feel free to comment below. 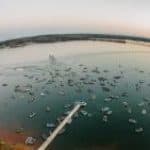 Flw Or Bass – Which To Fish And Which To Watch…….