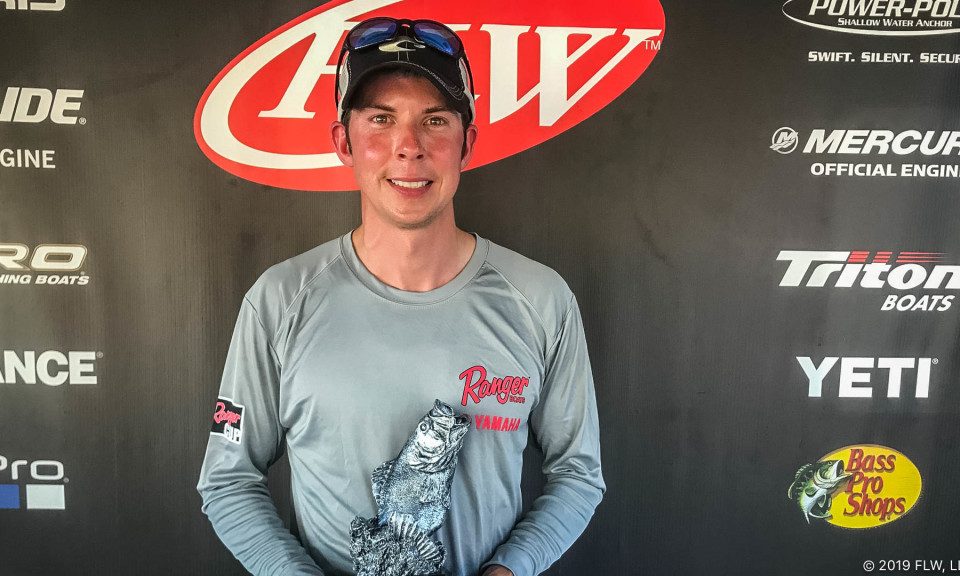 “I was mainly fishing fresh bushes and humps in 15- to 25-feet-of-water,” said Turner, who earned his first career victory in FLW competition. “I fished mainly on the south end, and I caught around 10 to 15 keepers a day.”

Turner weighed in a five-bass limit totaling 13 pounds, 2 ounces on Day One to end the day in 14th place. Although he was more than 4 pounds behind day one leader Kelly Bagley, Turner knew that the weather forecast for day two would have him in contention for the win.

“The first day the cloud cover hurt me, but the second day the clouds went away and they bit like they were supposed to,” Turner said. “We’ve been catching them good that way since July. The bite was much better at the end of the day, on both days. I just had to have patience.”

“I caught a surprise largemouth out deep on the second day,” Turner said. “It was a 3½-pounder, and just happened to be in the same spot that I caught my biggest spotted bass – a 5-pounder – on day one.”

Nichol caught a 5-pound, 1-ounce bass – the heaviest of the event in the Boater Division – and earned the event’s Boater Big Bass award of $832.

Pullman caught the largest bass in the Co-angler Division, a fish weighing in at 5 pounds, 3 ounces. The catch earned him the event’s Co-angler Big Bass award of $401.

The top 45 boaters and co-anglers in the region based on point standings, along with the five winners in each qualifying event, will be entered in the Oct. 10-12 BFL Regional Championship on Lake Seminole in Bainbridge, Georgia. Boaters will compete for a top award of a Ranger Z518L with a 200-horsepower outboard and $20,000, while co-anglers will fish for a new Ranger Z518L with a 200-horsepower outboard. 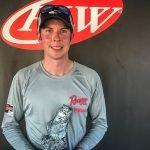