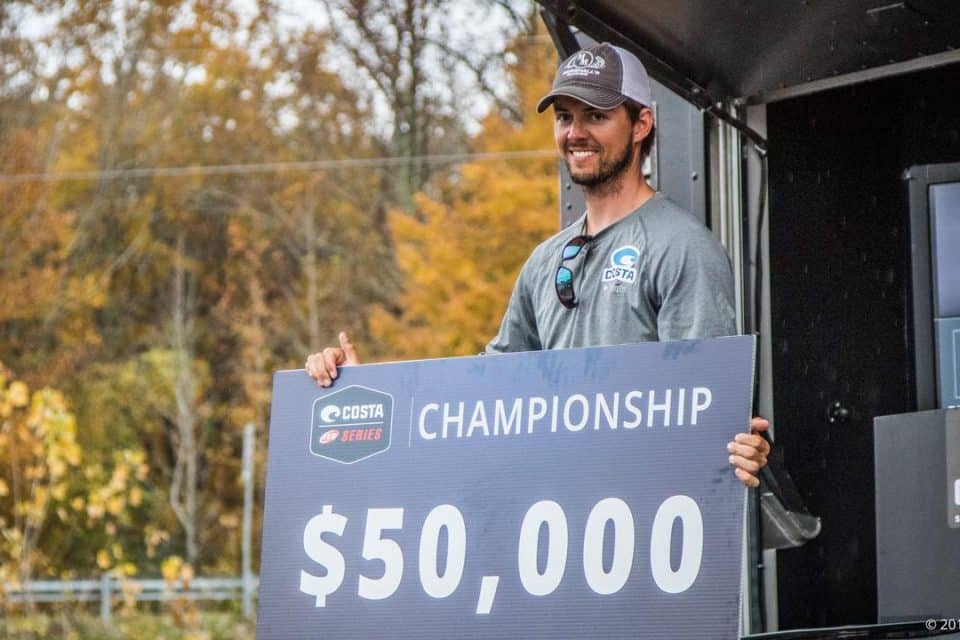 Tournament anglers faced incredibly difficult conditions on Kentucky Lake this week. Bites were scarce, and the weather wasn’t very cooperative. The final 10 anglers and co-anglers were met with a fog delay at Saturday morning’s takeoff that lasted nearly 2 hours. Despite the setbacks, Beavers was able to bring in consistent limits of around 15 pounds each day and vault to the top of the standings after the third and final day of competition.

“I’m speechless. I can’t believe I won one of these events,” said Beavers, who will return to the Forrest Wood Cup for the second-consecutive year after qualifying through the FLW Series Championship. “I’ve been in the top 10 in four of these, and my fish have always fallen off on the last day. It’s unbelievable.”

Beavers spent his week fishing shallow bars on the main lake, just north of New Johnsonville. He said he worked through three areas, with two producing the bulk of his weight.

“I wanted to fish down there because I saw it had more shallow water and that’s where the grass used to be, from what I’ve read,” said Beavers. “I think they were community holes because a lot of people were fishing them. I tried to slow down and get on stretches where people fished for like five minutes before moving on.

“The sweet spots were about 35 yards long and had deep water nearby,” continued Beavers. “I don’t think I caught a fish in more than 1½ to 2 feet of water all week. I had to run my trolling motor on 25 (slow) just to keep from spooking them. It’s hard to be that stealthy in shallow water, but I tried to take advantage of the wind and let it push me.”

Beavers said he caught 90-percent of his fish this week on one lure – a bone- and chrome-colored Heddon Zara Spook. He also caught some key fish on a River2Sea Whopper Plopper, a Cotton Cordell Red Fin and a Pearl White-colored Zoom Magnum Fluke.

“The ticket for me today was adding a treble hook to the fluke,” said Beavers. “I caught one and lost three, but after I attached the treble hook it was on.”

The top finishing boater from each of the six Costa FLW Series divisions that qualified for the 2018 Forrest Wood Cup were:

Additionally, the overall top five finishers that were not already selected as the highest finisher in their division also qualify for the 2018 Forrest Wood Cup. Those five anglers were:

Justin Hicks of Roanoke, Virginia, won the Co-angler Division and $30,000, including a Ranger Z175 boat with a 90-horsepower Evinrude outboard with a three-day total of eight bass weighing 30 pounds, 11 ounces. Gabriel Scott of Stanardsville, Virginia, finished in second place with 10 bass weighing 26 pounds, 3 ounces, good for $12,700.

The Costa FLW Series Championship on Kentucky Lake was hosted by the Henry County Tourism Authority. 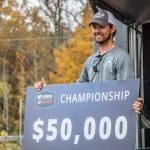