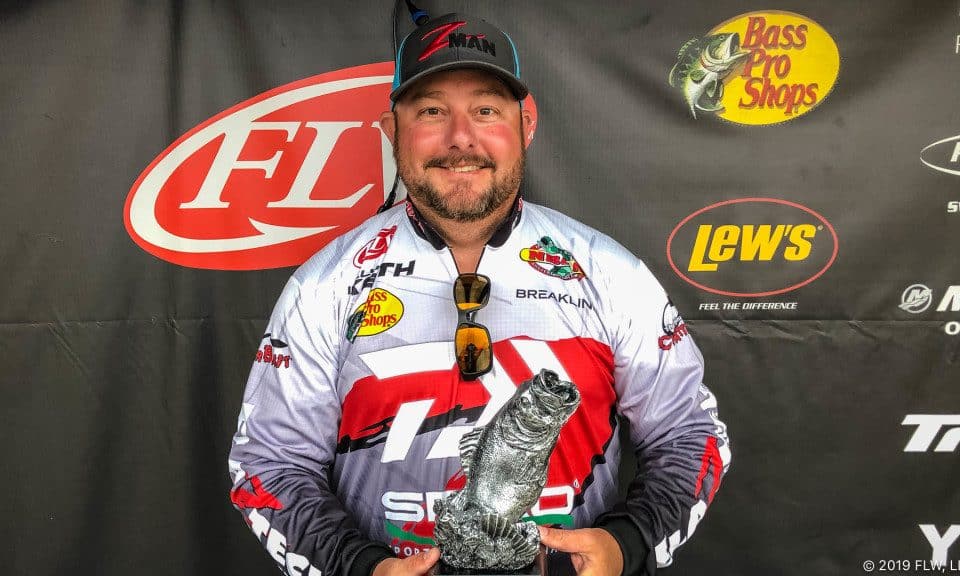 Keith said he spent his day fishing a 100-yard long stretch around the Strip Pits and Illinois Bayou areas of the lake.

Keith said he used a green-pumpkin with blue flake-colored Z-Man FattyZ worm on a 3/16-ounce Gamakatsu Skip Gap shaky-head with a Daiwa Tatula SV TWS casting reel and a 7-foot, 1-inch Daiwa Tatula casting rod. He credited his Breakline Optics Cahaba sunglasses as being a crucial part of his day, helping him see the deeper grass and fish.

“I caught around 12 keepers and probably culled around 4 times,” said Keith. “During practice they ate everything I threw at them, but during the tournament they were picky. I had to fish super slow – that was the key to the whole deal.”

Jason Lieblong of Glasgow, Kentucky, caught a 6-pound, 10-ounce bass – the heaviest of the event in the Boater Division – and earned the day’s Boater Big Bass award of $535.

Harris also caught the largest bass in the Co-angler Division, a fish weighing in at 5 pounds, 12 ounces. The catch earned him the day’s Co-angler Big Bass award of $267.

The tournament was hosted by Russellville Advertising and Promotions.

The 2019 BFL is a 24-division circuit devoted to weekend anglers, with 128 tournaments throughout the season, five qualifying events in each division. The top 45 boaters and co-anglers from each division, along with the five winners of the qualifying events, will advance to one of six regional tournaments where they are competing to finish in the top six, which then qualifies them for one of the longest-running championships in all of competitive bass fishing – the BFL All-American. The 2019 BFL All-American will be held May 30-June 1 at the Potomac River in Marbury, Maryland, and is hosted by the Charles County Department of Recreation, Parks and Tourism and the Commissioners of Charles County. Top performers in the BFL can move up to the Costa FLW Series or even the FLW Tour. 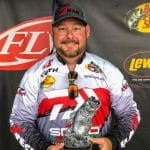