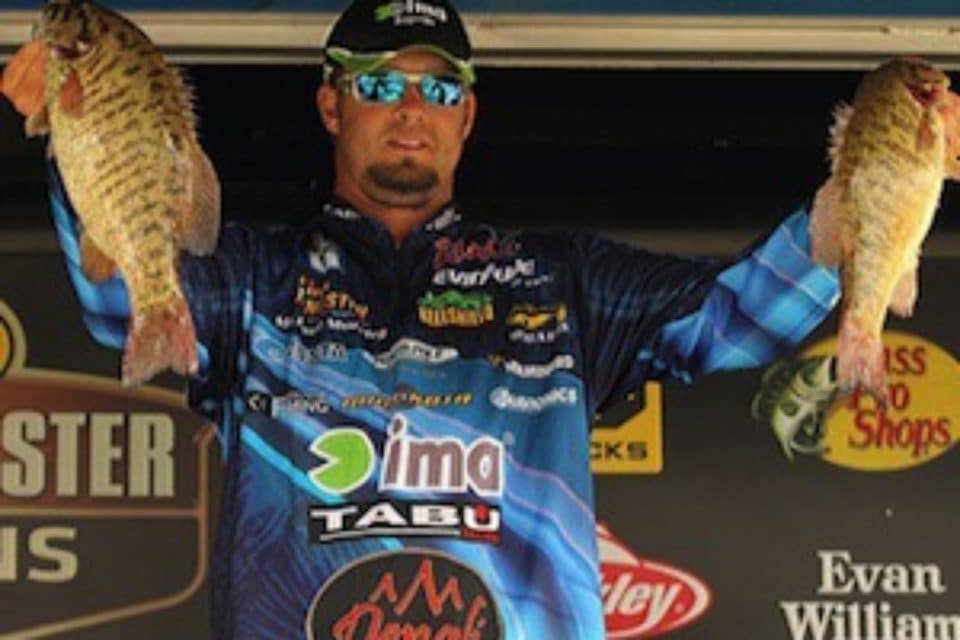 With his recovery from shoulder surgery on track, maybe even a little ahead of schedule, Michael Murphy is glad to be back on the water fishing and he is making the most of it.

Practicing on Douglas Lake for the Bassmaster Southern Open this week, the Lexington, S.C., angler said the fishing is tough but he is excited to be working into a competitive groove after missing so much time following surgery.

“I am getting back on track now. I quit fishing the tour, not out of choice, but of necessity. I had to have shoulder surgery and then I had a boating mishap and hurt my shoulder even more. The doctor said it would take about a year to a year and a half for recovery and it’s been about a year now – and it’s a lot better.”

While recovering from surgery, Murphy said he is getting back into fishing a lot more than in the past year or two.

“I fished around home last year, local tournaments and the BFLs and make the All-American, so I am looking forward to that. And I am fishing a lot better the healthier I get,” said Murphy, who with his partner, Kevin Sanders, just won the Carolina Anglers Team Challenge on Santee Cooper, weighing in more than 26 pounds and earning a check for $10,000 in a 159-boat field.

His professional life is also in a good groove. Murphy is a sales agent and is on the Pro Team for the Optimum Bait Company. He has a sponsor agreement with Denali Rods and he just signed a sponsor deal with Lew’s for Lew’s Reels.

Murphy comes to the second Southern Open of the year in 22nd place in the standings after weighing in 24 ponds, 2 ounces, and winning $3,300 in the first Open two months ago on Florida’s Lake Tohopekaliga.

Coming to Douglas Lake is like going from one extreme to the other, however. While Central Florida was basking in an unusually warm winter – though a cold front did move through during the tournament to slow spawning activity – Douglas Lake has been cold, cold, cold for a while now. Anglers in the PAA tournament had snow in their boats one morning last week.

And, while the temperature is beginning to warm up slightly, the lake is rising quickly, which is impacting the normal routine of the fish, Murphy said.

“It’s tough fishing The lake is fishing very small and the water is coming up. I was here for pre-practice before the PAA, which I did not fish, and the level has come up seven feet since then. I talked to a couple of guys who said it is rising 8 to 9 inches a day, so it will be up at least another foot by tournament time.”

Murphy said the water temperature is running 52 to 54 degrees and probably will not warm a lot more by Thursday when the tournament launches.

“The lake is getting a lot of fishing pressure with the PAA tournament here last week. They had a lot of bites on the Alabama Rig and I threw it a lot today. I caught a few on it, but it is definitely a grind. I also caught a few cranking”

In practice, Murphy said he will try to figure out where he can get enough bites for a limit, then see if he can find places to catch a bigger fish.

His tournament strategy, he said, will be to cover a lot of water and keep an open mind.

Most of all, he said, he is just glad to be back in the game and fishing. 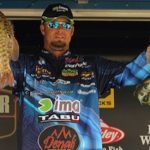