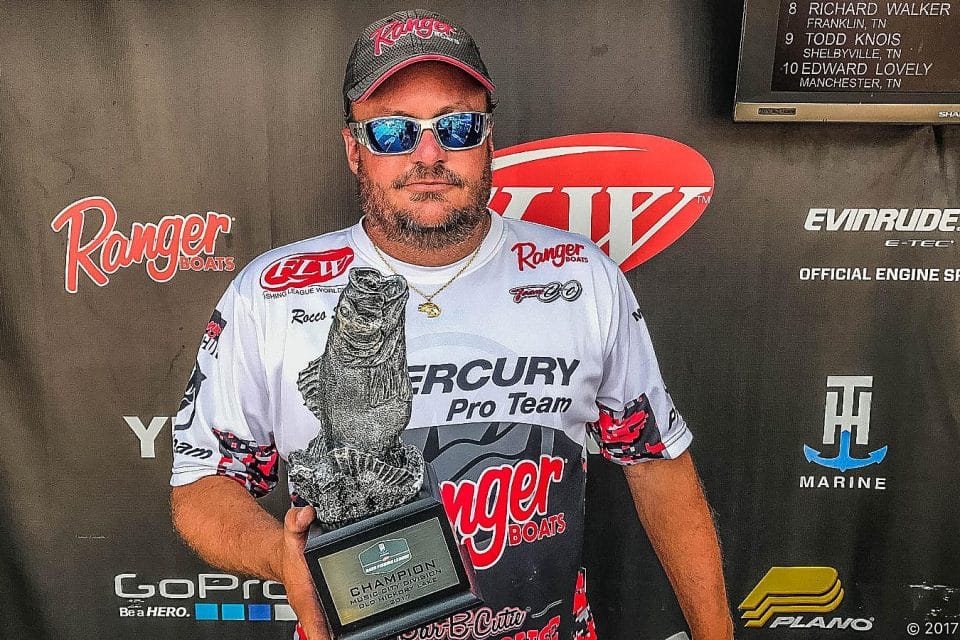 “I probably hit 10 to 15 areas each day of the tournament,” said Simeri, who earned first career-victory in FLW competition. “It was kind of a one-two punch of upper end- and mid-lake-fish, but I stayed mid-lake Sunday. I only had eight keepers all weekend, but still felt lucky. A lot of the anglers only brought in a couple each day.

“I primarily fished secondary creek points,” continued Simeri. “They were basically prespawn or postspawn staging areas. The fish and shad were pulled out due to receding water. My boat sat in 12 feet of water and I casted into spots that were 5 to 7 feet down.”

“I fished it slow with some short hops,” said Simeri. “I made long casts to the bank and then brought it halfway back to the boat.”

Eckler caught a bass weighing 6 pounds, 13 ounces – the heaviest of the event in the Boater Division. The catch earned him the Boater Big Bass award of $517.

Joey Myers of Gallatin, Tennessee, caught the largest bass in the Co-angler Division – a fish weighing 3 pounds, 10 ounces – and earned the Co-angler Big Bass award of $259.

The top 45 boaters and co-anglers in the region based on point standings, along with the five winners in each qualifying event, will be entered in the Oct. 12-14 BFL Regional Championship on Wheeler Lake in Decatur, Alabama. Boaters will compete for a top award of a Ranger Z518C with a 200-horsepower Evinrude outboard and $20,000, while co-anglers will fish for a new Ranger Z518C with a 200-horsepower Evinrude outboard. 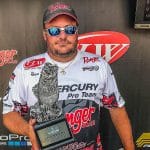