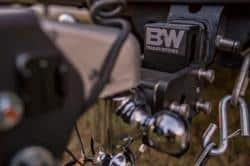 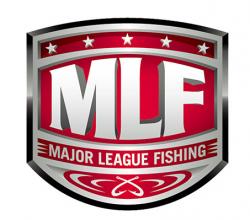 TULSA, Okla. – Major League Fishing announces the addition of B&W Trailer Hitches to its sponsor lineup for the 2018 season of the popular made-for-television series of bass fishing competitions.

The coupling of the two brands is a logical connection because both companies are known for product innovation that is especially appealing to anglers who fish from boats.

MLF incorporates a unique catch-and-release format where numbers of scorable bass caught can potentially be an even more important strategy than just targeting big fish. Also, all competitors keep track of each other’s success via real-time updates via iPads, allowing the TV audience to witness anglers’ emotions throughout the matches.

B&W revolutionized the gooseneck hitch industry when it invented its Turnoverball system nearly 30 years ago. More recently, its Tow and Stow hitch has become the ideal option for boat owners because it can be stowed underneath and out of the way without removal from the vehicle.

“A partnership with Major League Fishing is a great fit for us and we’re excited to begin the 2018 relationship,” said B&W Marketing Manager Beth Barlow. “Fishermen want the best equipment on their trucks and in their boats, and at our factory in Humboldt, Kansas, we strive to build the best quality trailer hitches on the market.”

“It makes perfect sense to promote B&W Trailer Hitches in association with anglers who are also the best of the best. We make products that ensure fishermen get their boats to the water.”

“B&W’s commitment to Made in USA and product innovation, and being located in our country’s heartland of trucks and trailers are attributes that align exceptionally well with the MLF audience that is so passionate about pursuit of America’s favorite freshwater species – bass,” said Wilburn. “No tow vehicle and boat trailer are complete without a hitch, so we, too, are indeed pleased in this new-sponsor hook up with B&W Trailer Hitches.”

For more information on MLF and the show’s format, rules, anglers and sponsors, visit www.majorleaguefishing.com. 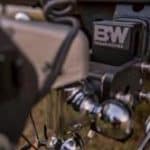