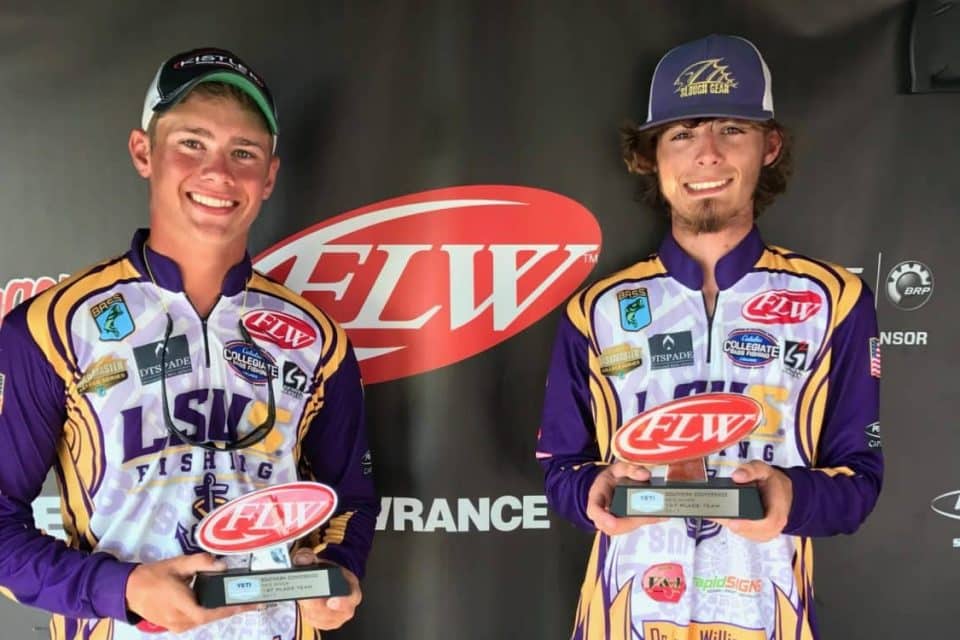 BOSSIER CITY, La. (Sept. 25, 2017) – The Louisiana State University-Shreveport duo of Harrison Hopkins of Bossier City, and Ryan Antee, of Hosston, Louisiana, won the YETI FLW College Fishing Southern Conference tournament at the Red River presented by Bass Pro Shops Saturday with a five-bass limit weighing 11 pounds, 7 ounces. The victory earned the Shreveport bass club $2,000 and the team will now advance to compete at the 2018 FLW College Fishing National Championship, which will also be hosted on the Red River, May 30-June 2.

The duo said that they stayed in Pool No. 5 of the river, fishing the entire day within 100 to 200 yards of the launch site at the Red River South Marina in Bossier City.

“The Red River is basically our backyard,” said Hopkins, a sophomore majoring in business. “We fish there all the time. Practice was really key for us in this tournament. We found our fish on Wednesday and left them alone until the morning of the tournament. Luckily, they were still there.

“We started out throwing black buzzbaits in 3 to 4 feet of water through stump fields,” Hopkins continued. “We caught our biggest kicker bass in the morning, then once the sun came up the buzzbait bite shut down. We spent the rest of the day flipping stumps and laydowns.”

The Shreveport club said that their flipping bait of choice was a black and red-colored Texas-rigged Zoom Speed Craw.

“Even though we won, it was still a bit of a struggle,” Hopkins went on to say. “We lost a few fish that would have put us around 15 pounds, and we definitely didn’t think that 11½ pounds would be enough to win. I’m glad that we had the outcome that we did.”

The top 10 teams that advanced to the 2018 College Fishing National Championship are: 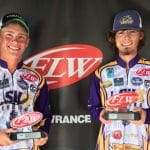