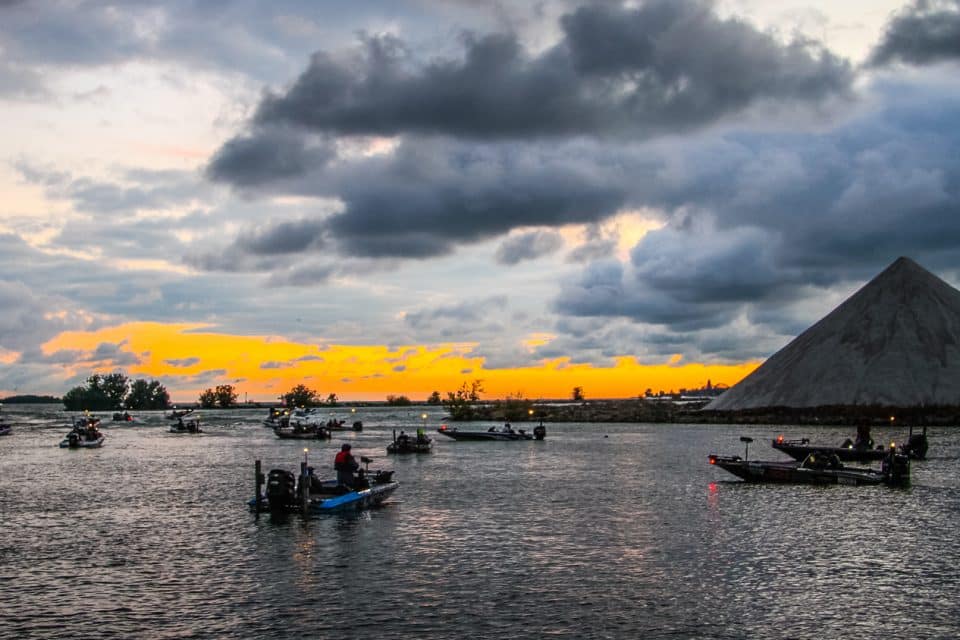 SANDUSKY, Ohio (Aug. 29, 2017) – YETI FLW College Fishing is heading to Lake Erie on Sept. 9 for the third and final regular-season stop in the Northern Conference. A full field of college fishing clubs will be competing for the top award of a $2,000 club scholarship and a berth into the 2018 College Fishing National Championship.

“Fishing on Lake Erie in September can be pretty tough, but we can still expect to see some nice limits in this tournament,” said bass-fishing columnist and owner of Millennium Promotions Joe Balog, who has 14 top-10 finishes on Lake Erie in Costa FLW Series and T-H Marine Bass Fishing League competition. “The deep-structure smallmouth can be fickle and it can be tough to catch a limit. If a team made the decision to target largemouth, it could be a good idea.”

Balog said that the smallmouth would be found on the traditional deep-structure – reefs and points in 20- to 35-feet of water – and that anglers fishing deep would all be using drop-shot rigs.

“It’s the end of summer on Lake Erie – it will be a 100-percent drop-shot tournament out deep,” Balog said. “A Jackall Crosstail Shad, Yamamoto Shad Shape worm or a Berkley Gulp! Jerk Shad will all be good choices.

“If you catch a smallmouth weighing more than 3½ pounds, it’s not an accident,” Balog continued. “Chances are there are more there – you’ll rarely see one smallmouth alone. If you get one, I’d recommend spending a serious amount of time there.”

For teams that choose to target largemouth, Balog said that anglers would be targeting the heavy vegetation in Sandusky Bay and the adjacent harbors, or the shallow shoals on the main lake.

“You can definitely catch a 15 to 18 pound limit of largemouth,” he said. “Those teams will be frogging and flipping in the vegetation or throwing jigs and Carolina rigs in the shallow shoals.

“I think the winning team will likely need 19 pounds,” Balog went on to say.

Anglers will take off from the Shelby Street Public Boat Launch, located at 101 Shelby St., in Sandusky, at 7 a.m. EDT Saturday. Weigh-in will be held at the boat launch beginning at 3 p.m. Takeoff and weigh-in are free and open to the public.

Schools are allowed to register up until the morning of the tournament. Entries may be made either by phone or at CollegeFishing.com.

Schools registered to compete in the Lake Erie tournament, which is hosted by the City of Sandusky, include:

Rochester Institute of Technology – Tom Saile and Mark Saile, both of Williamson, N.Y.

University of Michigan-Dearborn – Austin Klotz and Vincenzo Puleo, both of Westland, Mich.