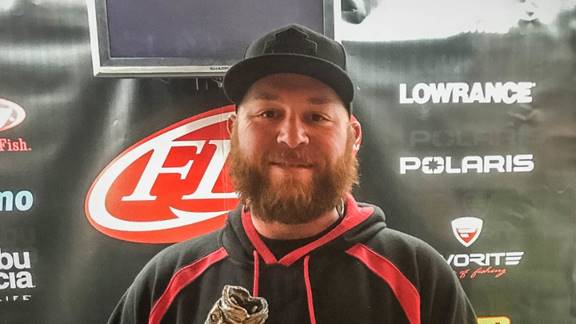 FOR IMMEDIATE RELEASE: GAINESVILLE, Ga. (Feb. 3, 2020) – Boater Jason Johnson of Dawsonville, Georgia, brought a five-bass limit to the scale Saturday weighing 19 pounds, 1 ounce to win the 2020 Phoenix Bass Fishing League presented by T-H Marine at Lake Lanier in Gainesville, Georgia. For his victory, Johnson earned a total of $13,596, including the lucrative $7,000 FLW PHOENIX Bonus contingency award. The victory was the first win of Johnson’s FLW career.

“I’ve been close in the Bass Fishing League events several time, and it feels great to finally get a win,” said Johnson, who earned his first victory after eight prior top-10 finishes in FLW competition. “It’s even sweeter with the new Phoenix contingency award. It made for a really good payday.”

Johnson said that he spent his tournament day fishing on the south end of the lake, near the Buford Dam. He targeted timberlines in 35 to 50 feet of water – where the timber met off of a point or hump – and had 12 bites all day, landing nine.

“It was pretty much Lanier staples – a shaky-head and drop-shot rig,” he said. “I’ve fished quite a few local tournaments over the past couple of weekends and I just got lucky that the fish have been there every week and are staying in their wintertime patterns.”

Johnson said his key drop-shot rig was a hologram dawn-colored Zoom Z3 original worm, as he caught three of his five keepers by dropping the bait directly to them after seeing them on his Lowrance units. He also added a few fish on a Georgia Blade ½-ounce green-pumpkin-colored jig and a ½-ounce SpotSticker Underspin with an albino-colored Zoom Fluke Jr.

“I’m signed up for all of the Savannah River division events as well,” Johnson went on to say. “I’m looking forward to fishing at Lake Keowee next weekend and I’m going to try my best to qualify for that BFL Regional tournament on Lanier in October.”

Complete results can be found at FLWFishzing.com.

Johns brought a 5-pound, 2-ounce bass to the scale to win the day’s Boater Big Bass award of $905.

Quintero caught the largest bass in the Co-angler Division, a fish weighing in at 4 pounds, 12 ounces. The catch earned him the day’s Co-angler Big Bass award of $452.

The 2020 Phoenix Bass Fishing League presented by T-H Marine on Lake Lanier was hosted by the Gainesville Convention & Visitors Bureau. It was the opening event of five qualifying tournaments in the Bulldog division. 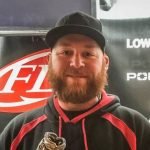