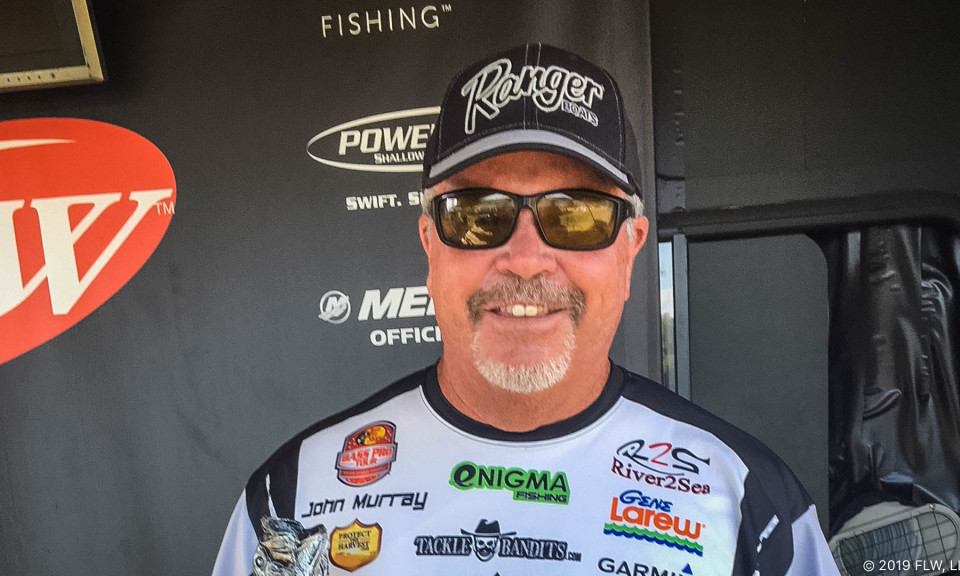 “I fished in the lower end of the lake, main-lake near the dam,” said Murray, a West Coast fishing legend who has accumulated more than $1.2 million dollars in career earnings as a professional angler. “I felt pretty good about this tournament, because I had a good shallow-water pattern and also a couple of deep areas for when the weather cleared up and got sunny.

“Saturday was awesome – I think I caught around 15 to 20 keepers,” Murray continued. “Both my co-angler and I had great days – he ended up winning as well. Sunday was tough, though. I only boated five keepers, and my co-angler only boated two. Luckily, it was enough for us to both get the wins.”

Murray said that of the 10 fish that he weighed in, seven – including his big ones – came from his shallow-water pattern while three came from out deep. Murray threw a Z-Man Evergreen ChatterBait Jack Hammer with a clear-sparkle-colored shad-shaped fluke-type bait while fishing shallow and drop-shotted a red bug-colored Gene Larew TattleTail Worm out deep.

“The key was having my deep spots for when the sun got up,” Murray said. “A couple of the deep areas were loaded up, and I was able to find them using my Garmin electronics to key in on the right spots.”

Tallent caught a 5-pound, 11-ounce bass – the heaviest of the event in the Boater Division – and earned the event’s Boater Big Bass award of $495.

Kissinger caught the largest bass in the Co-angler Division, a fish weighing in at 4 pounds, 6 ounces. The catch earned him the event’s Co-angler Big Bass award of $240.

The top 45 boaters and co-anglers in the region based on point standings, along with the five winners in each qualifying event, will be entered in the Oct. 3-5 BFL Regional Championship on Lake Hartwell presented by Navionics in Seneca, South Carolina. Boaters will compete for a top award of a Ranger Z518L with a 200-horsepower outboard and $20,000, while co-anglers will fish for a new Ranger Z518L with a 200-horsepower outboard. 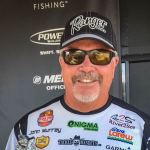