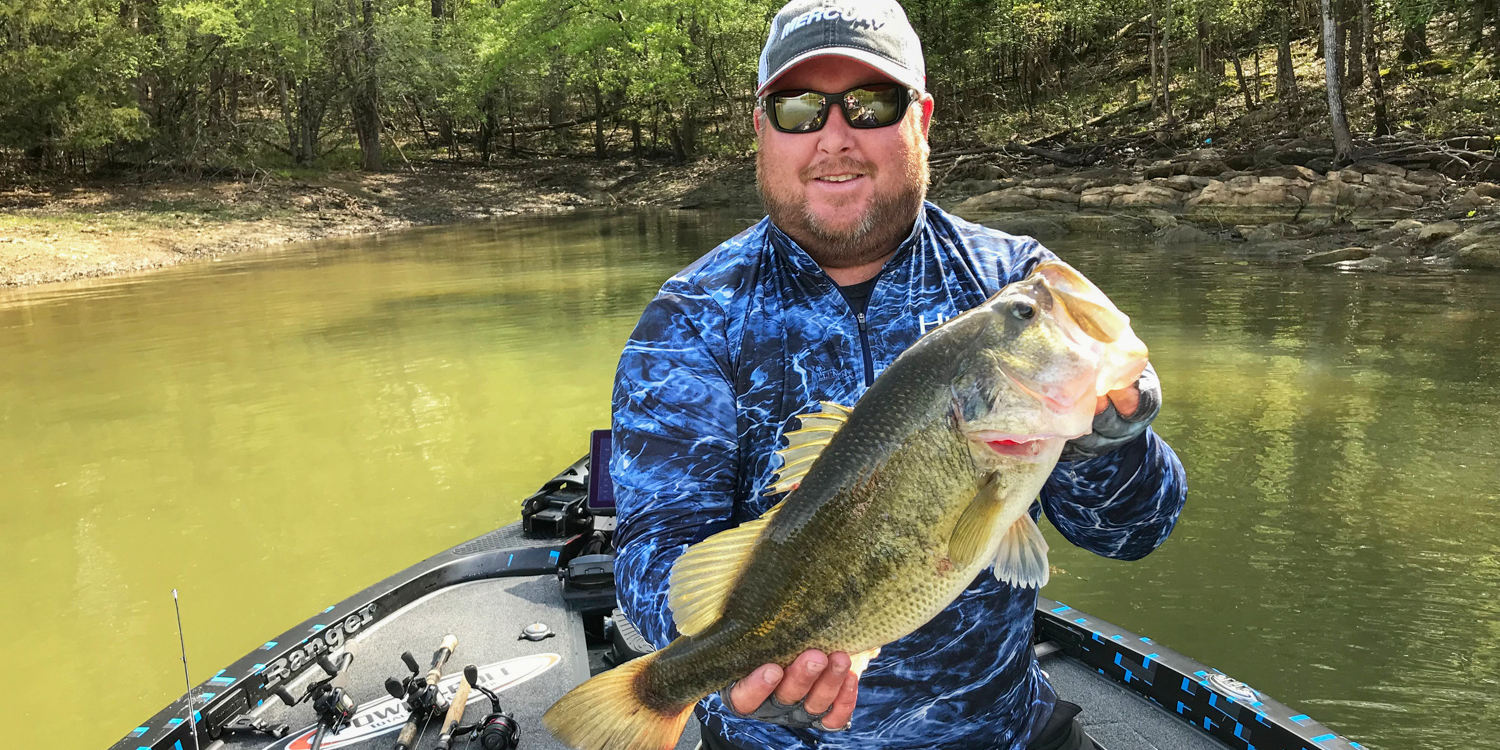 DAYTON, Tenn. (April 13, 2019) – Almost as soon as he drove away from Raleigh, North Carolina – a Bass Pro Tour trophy riding shotgun in his Toyota Tundra – Major League Fishing® (MLF) pro Jacob Powroznik was already talking about how much he likes to fish Lake Chickamauga. The Virginia pro, who won Stage Three in Raleigh just two weeks ago, has competed on this impoundment of the Tennessee River multiple times and identifies it as one of his favorite fisheries.
In Saturday’s Knockout Round of the Econo Lodge Stage Four presented by Evinrude, Powroznik showed why. After hovering around the middle of the Top 10 for the majority of the first two periods, Powroznik connected with 10 fish for 20-15 in the final period to finish first in the round with 67-14 on the day.
“I love throwing a wacky worm, I love bed fishing, I love fishing while they’re spawning, and that’s what’s going on here right now,” said Powroznik. “It would be hard for me to win a five-fish event doing what I’m doing right now, but in our format, you get to go out and catch as many bass as you possibly can. That suits my style of fishing right now. I’ve seen some big ones – they’re just ‘cranky’ right now – but those 2- to 3-pounders are biting really good right now, and I’m just fine with that.”
Powroznik will be joined in Sunday’s Championship Round of 10 by: Todd Faircloth (63-12), Mike Iaconelli (59-8), Brandon Palaniuk (56-15), Andy Morgan (56-3), Luke Clausen (53-10), Keith Poche (52-3), Jared Lintner (52-1), Edwin Evers (50-15) and Michael Neal (49-11).
Today’s weights will be wiped clean as the finalists start the Championship Round with a zero score.
Final-Period Knockout Drama
The final 2 ½ hours of competition saw several dramatic stories play out, none more so than Iaconelli’s. The Berkley pro entered the third period in 24th place – well out of contention for a Top 10 spot – but then connected with nine fish for 23-5 in the final 30 minutes on a squarebill to catapult him to third place.
“It’s not a magic spot, I don’t have a magic bait, it wasn’t something I did or changed, it wasn’t dumb luck, it was just timing,” Iaconelli said. “It was just a place where they started to pull up on and started to feed, and I happened to fish it at just the right time. I’ve been doing this for 22, 23 years professionally, and that was the most magical 20 minutes of my tournament career.”
On the other end of the spectrum, local pro Michael Neal was left to agonize after the “lines out” call as he waited for the official final results to post to SCORETRACKER™. Neal, who started the day on fire with nearly 30 pounds, caught two fish in the final 13 minutes and then clung to a Top 10 spot as Terry Scroggins and Casey Ashley fell less than 2 pounds behind him in the standings.
“I had confidence that if I kept moving through my areas, I’d find one that had some fish pulled up on it and ready to eat,” Neal said. “It was just a matter of keeping my head up, keep fishing and keep throwing my confidence baits that I’ve been throwing all week.”
Championship Veterans vs. First-Timers
Neal is one of four anglers who have competed previously in Bass Pro Tour Championship Sunday. Powroznik won Stage Three, Lintner finished third in Stage One Kissimmee (Florida). Evers is the only angler to qualify for all four championship finals.
On the flipside, six of the Championship 10 will fish their first-ever Bass Pro Tour final round on Sunday: Faircloth, Iaconelli, Palaniuk, Morgan, Clausen and Poche.
“I’ve spent a lot of time trying different things and thinking I’d find some ‘golden ticket’, but this is all about getting out there and grinding away until I got something done,” said Clausen, a Bassmaster Classic and Forrest Wood Cup champion. “I’m happy to finally get to a Championship Round, I think this lake is setting up for a big-fish day tomorrow.”
Records Continue to Fall on Chickamauga
The first three Championship Rounds of the 2019 Bass Pro Tour have been competitive by all measures, but with records being written and rewritten all week on Chickamauga, this Sunday’s final round shapes up to be the most explosive to date. Nine of the 10 anglers competing have posted at least one 50-plus-pound day this week, and the fishery has kicked out 1,687 scorable largemouth for 3,138 pounds in the past three days alone.
When, Where & How to Watch
Competition begins on Championship Sunday at 7:30 a.m. ET, with live, official scoring available via SCORETRACKER™ on MajorLeagueFishing.com and on the MLF app. The MLF NOW! Live Stream starts at 10 a.m. ET, with live, on-the-water coverage and analysis provided by Chad McKee, JT Kenney, Marty Stone and Natalie Dillon until lines out at 3:30 p.m. The Berkley Postgame Show – hosted by Steven “Lurch” Scott – will start at 5 p.m. daily.

To see all results from the Knockout Round, visit MajorLeagueFishing.com and click ” Results.” 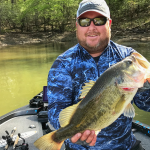