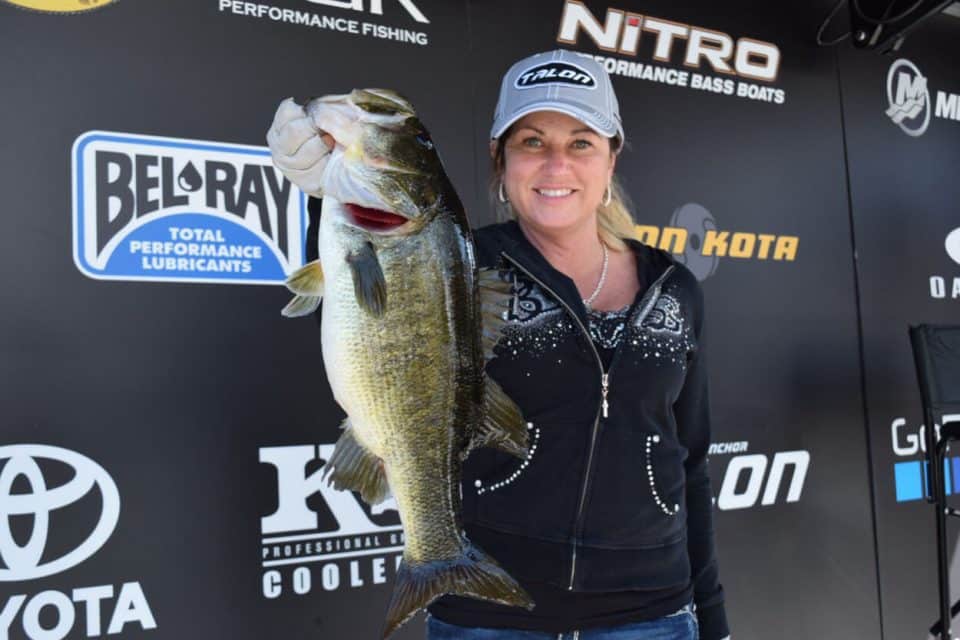 The 9th season of the wildly popular Big Bass Tour will kick off this weekend on Central Florida’s Harris Chain of Lakes. This is always a well-attended event, and with good reason – it tends to produce multiple big bass, usually at least one over 10 pounds, and it’s rare that anything under 4 pounds garners an hourly check. This year competitors will see it at its peak as they vie for a grand prize of a 2018 Nitro Z19 with a Mercury 150HP ProXS outboard valued at $36,000 and $42,350 in hourly checks.

To get a sense of how fertile and prolific the Harris Chain is right now, you only need to know that former Tour pro Mike Kernan of Texas drove past many of the Lone Star State’s fabled big fish factories to vacation here for three days last week. He caught up to 100 fish a day, including one pushing 9 pounds, despite the fact that he felt that things weren’t exactly right just yet.

“The first group of spawners moved up, but they got kicked off of the beds by a series of cold fronts,” he said. “Some of them – maybe 20 percent – stayed on the beds in the warmer creeks and canals, the ones with springs, but most of them are waiting for this week’s warmer weather to move back up. The day I caught the big one, I saw two other big ones on a bed, but neither was committed enough to mess with. I saw one other big one cruising and four bucks on beds. The next day there were 15 bucks on beds in those same areas. The beds are already made and they’re wanting to go back, so after two or three days of a warming trend they’ll be right back on them. It should be unbelievable.”

He said that sight fishing will be the best way to catch an hourly winner, but that a reliable second pattern is to throw a jerkbait in offshore grass beds in Harris and Little Griffin. Early in the day he said that a two-hook firetiger model produced fish up to 5 pounds, but when the water warmed up in the early afternoon a three-hook jerkbait with a purple back and gold sides was much more effective. Normally, he might not fish the grass jerkbait at all if he was just looking for a single big fish, but he noted that many of the bedding fish move up hourly, and that searching for a spawner in the morning might not be a wise use of the time.

On the day that he caught the big fish, he’d already made two passes down that same canal without seeing the big girl, and only on the third pass did she appear. That should give comfort to competitors who are worried that prime canals will be overpressured late in the day, forcing a derby-style race to camp on key beds. “Only 1 percent of the fish will be there first thing in the morning,” Kernan said. “They’re not gone. They’re just not going to show up until about 10 o’clock. Go fish a grass bed early for about two hours and then start running canals.”

Once he finds a committed bedding bass, he’ll rotate through three or four soft plastics to agitate them to bite. Because the water is so clear, gaudy colors aren’t necessary for visibility. He’ll start with natural-colored craws, lizards, creature baits and tubes until he finds which one provokes the territorial big bass most quickly.

For anglers who do not want to sight fish or throw a jerkbait, Kernan said that there also could be a decent bite flipping in the Kissimmee grass, although he expects that to develop more fully next month.

As always, this tournament will require contestants to exercise caution and judgment in choosing when to weigh in their fish. There are substantial no-wake zones between many of the lakes, so making a long “run” with a subpar fish can be costly. Last year there were two 10 pounders caught, so you don’t want to spend a lot of time without a line in the water if you don’t have a chance of claiming a check. In 2015, Robby Peralta caught a 10.15 pound beast on Sunday, so no matter where you are, or how late in the game it might be, you’re just one cast away from the fish of a lifetime.

PRO TIP: Don’t forget to pay close attention to the Bass Pro Shops Big Bass Tour Live Leaderboard, which automatically refreshes every 15 seconds. The Big Bass Tour is first and foremost about catching big fish, but elements of timing and strategy play a key role in maximizing your chances of claiming a top prize, particularly on waterways where it takes a fair amount of time to get between two places. Study past events, too, to see which hours tend to have the highest winning weights and lowest qualifying weights for hourly prizes. Past results are no guarantees of future outcomes, but they may be instructive. 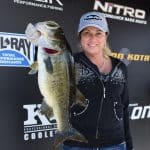