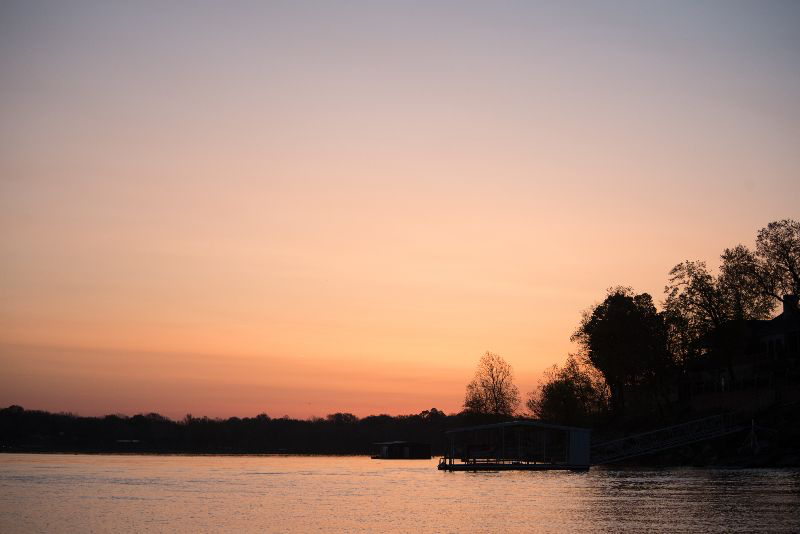 Gleason, the Louisiana pro who won the division opener on Toledo Bend in late February, has been practicing on Grand for about 10 days. He reports a consistent swelter with calm, stable weather that appears to be the precursor for the tournament week.

“It’s going to be a grinder,” Gleason said. “It’s been really, really hot in Oklahoma with daytime temperatures in the mid-90’s and the heat index around 100. There hasn’t been much wind or clouds and it kinda looks like that will continue. The long-range forecasts I’ve seen don’t show any kind of front.

“They’ve had a ton of rain this year, like everywhere else has and I think we’re finally getting to the point where that’s going to lay off and the lake’s going to stabilize.”

On that note, let’s look at the tournament waters.

•   The 1940 completion of the Pensacola Dam on the lower Neosho River (aka Grand River) completed this 46,500-acre reservoir located in the Ozark foothills.

•   With 460 miles of shoreline and an average depth of about 36 feet, Grand Lake is operated by the Grand River Dam Authority (GRDA).

•   At one week before the tournament, Grand lake stands about 2.23 feet above the seasonal conservation pool level of 743.

“Clarity’s fair; it’s not superclear but it’s fine,” Gleason said. “You can see 1 1/2 to 2 feet in most places. I would like to see some wind to stir things up. A lot of the bait’s suspended and the fish are roaming, so if we get some sustained wind, which I haven’t seen any of, I think that will corral some shad on the bank and put the fish in more of a feeding mode.”

“The fish are in a fall transition and I think the biggest thing will be adjusting each day to what the fish are doing,” Gleason said. “You may be catching them a certain way in practice, but if we get a little wind blowing in a different direction, or if we get a little cloud cover, it’s going to be all about dropping what you’re doing and making those changes. I think the key to success will be staying on your toes.”

Predicting what he termed a “junker’s delight,” Gleason explains that mid-September will see a mix of fish clinging to summer patterns, while others embrace the inevitable seasonal shift.

“It doesn’t seem that any one technique really stands out, so you can kind of do what you want to do,” Gleason said. “You’ll have some guys fishing docks, but even that is versatile. The lake has docks in 5 feet and it has docks in 40 feet. The way the fish are scattered, there are a few on all of them.”

Come tournament time, the bait selection is likely to include just about anything from shallow topwaters, to shaky heads, to deep cranking and dragging big worms. That being said, Gleason points out that his highest confidence is with those Grand Lake docks.

“Unless someone finds a honey hole out deep and just grinds on it, I think if a guy figures out a little dock pattern in a couple different creeks, that’s going to be the stand-out deal,” Gleason said.

“I think you have to put your head down, keep the trolling motor on, cover a lot of areas and when you get a little something going, just run with it,” he said. “It seems like there are little bite windows each day where you’ll get three or four in an hour and then you’ll go four or five hours without a bite.

Gleason said he’s looking for about 13 to 14 pounds a day to make the final round cut. For a winning total, he can see it taking 47 to 48.

“This is such a great lake and it has a lot of fish in it,” Gleason said. “Someone’s always going to catch ‘em.”

Grove Convention & Tourism Bureau is the local host for this event. 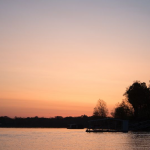