“High School Fishing is the perfect recruitment, retention and reactivation program,” said FLW President of Operations Kathy Fennel. “Since its introduction in 2010 with the inaugural High School Fishing World Finals, we’ve seen how effective it is at getting new anglers and lapsed anglers on the water while retaining existing anglers who often serve as mentors for school teams. You need to look no further than the U.S. Fish and Wildlife Service’s 2016 National Survey of Fishing, Hunting and Wildlife-Associated Recreation that shows an 8 percent increase in fishing participation since 2011 to see the program’s effectiveness. While several factors undoubtedly play into this growth, High School Fishing is certainly a leading contributor. We are creating a whole new generation of anglers and providing them with a connection to their schools and the outdoors.”

The more than 20,000 anglers that participated in the TBF/FLW High School Fishing program this year will have 72 tournaments in which to compete in 2018.

“As the sport’s leading youth organization, we are proud to have FLW as our partner in providing more fishing opportunities for more high school students across North America than anyone else,” said TBF President Robert Cartlidge. “Together TBF and FLW are laying the foundation on which our sport will continue to build, and we look forward to another incredible season working with schools from New York to California and into Canada to provide unprecedented opportunities for students and their families.”

Complete rules are available at FLWFishing.com and HighSchoolFishing.org.

Registration for the 2018 season opens December 4, 2017, for the Lake Mitchell Open. Registration for all other events will begin Jan. 3, 2018. For SAF High School Fishing State Championships, each team must compete in the state in which their school is located. Teams from all states can compete in FLW High School Fishing Open tournaments and SAF High School Fishing Challenge events. Entries for State Championships and Challenge events should be made at HighSchoolFishing.org or by calling TBF at (580) 765-9031 and entries for Opens should be made at FLWFishing.com or by calling FLW at (270) 252-1000. There is no limit to the number of teams accepted into a tournament from each school or club.

For regular updates, photos, tournament news and more, follow High School Fishing on Facebook at Facebook.com/FLWFishing and Facebook.com/HSfishing. Visit FLWFishing.com and HighSchoolFishing.org for more information on how to sign up or to start a club at your school. 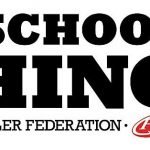