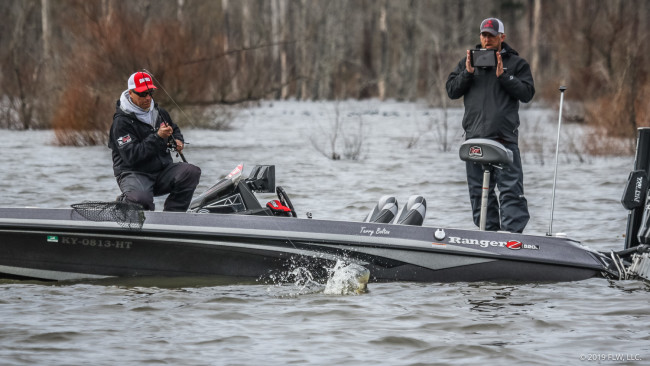 The biggest tournament check Timmy Beight has ever earned didn’t require him to catch a bass or even make a cast.

Beight, an electrician from Katy, Texas, won $2,500 through the FLW Tour Marshal program at Sam Rayburn Reservoir last week because the combined weight of the pros he was paired with – Jordan Osborne on day one and Terry Bolton on day two – was highest among all marshals by a hefty margin of almost 18 pounds. Osborne’s day-one weight of 25 pounds, 1 ounce was impressive, but Beight got a big bump from Bolton’s 33-9 megabag on day two.

Watching Bolton put together the tournament’s best performance is something Beight (shown above with Bolton) will likely never forget.

“To be honest, when Terry caught that 10-pounder and he had 33 pounds, I had tears in my eyes,” Beight recalls. “He’s an awesome dude. He was about emotionless until he got up on the stage that last day. I think I had more emotions going than he did.”

As a local tournament anger, Beight says he’s been interested in marshaling for a major tournament for a while. He’s glad he finally got into the boat to enjoy the experience.

“I’ll tell you what, Jordan was fishing in one little spot the size of a picnic table, so we didn’t move. Then, when I got with Terry on the second day, he had his 33 pounds by noon, and he said, ‘Well, we’re gonna ride around and look for some new area.’ He taught me more in that three hours than I’ve probably learned in 10 years,” says Beight. “I loved everything about it, to be honest. I’m making plans to go to the one in Oklahoma [Grand Lake].”

Beight says winning money was the least of his concerns at Rayburn, but he’s certainly pleased with the paycheck. The marshal payout extended down to 10th place.

Want to be a marshal?

FLW fielded a full roster of 170 marshals at Sam Rayburn. Thank you to all who participated. If you’d like to learn more about becoming a marshal, please call 270.252.1000, or visit flwfishing.com/marshals. Openings are available for the upcoming event at Lake Toho. 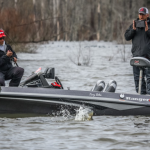