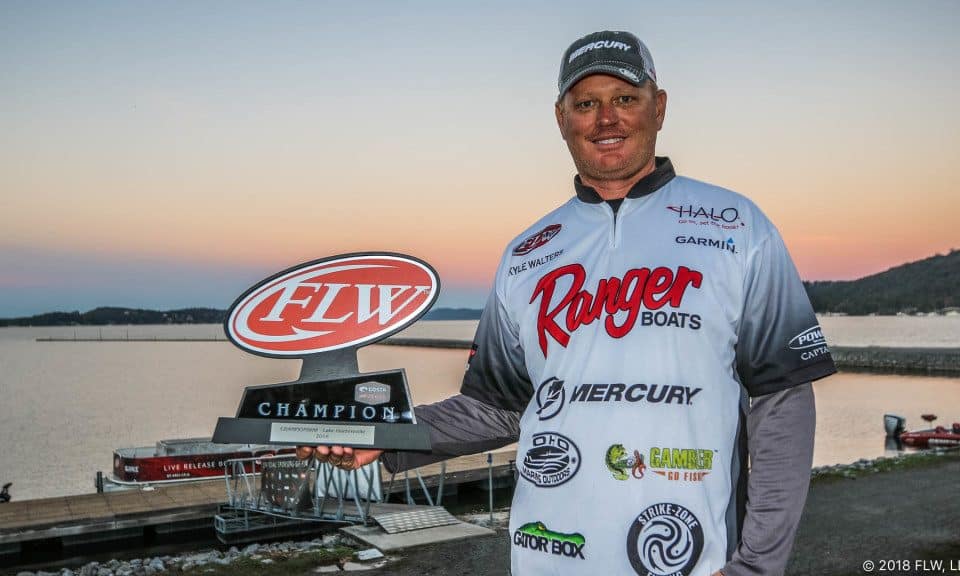 GUNTERSVILLE, Ala. (Nov. 3, 2018) – Pro Kyle Walters of Grant-Valkaria, Florida, caught a five-bass limit weighing 24 pounds, 4 ounces Saturday – the largest limit of the event – to win the weather-shortened Costa FLW Series Championship on Lake Guntersville with a two-day cumulative total of 10 bass weighing 44 pounds, 3 ounces. Walters’ efforts earned him $92,700, including a brand new Ranger Z518C boat with a 200-horsepower Evinrude outboard motor and a slot in the 2019 FLW Cup – the world championship of professional bass fishing.

“If you would’ve told me 15, 20 years ago when I started fishing [T-H Marine Bass Fishing League] BFLs that I’d eventually be standing here as the Costa FLW Series Champion – and going to the Forrest Wood Cup – I would’ve told you that you’re crazy,” said Walters, who earned his third win in FLW competition. “To come out here and fish with all the guys you watch on TV is really special. Guys like Bryan Thrift, J.T. Kenney and John Cox – guys from Florida. There are only a few lakes that I feel like I can compete with them at and Lake Guntersville is one of them. It fits the way I like to fish.”

Walters tapped into his Florida-bred instincts this week, flipping for bass in grass mats on the main-river channel, a strategy that also helped him win a BFL Regional Tournament on Lake Guntersville back in the fall of 2013. Walters said he was able to pick apart the channel-facing hydrilla in 2013, but due to recent heavy winds and high water flow washing out the outer edge he was forced to move to the bank side of the same mats this year.

“When I showed up here, I wanted something on the main river,” said Walters. “In 2013, everything was on the main-river channel, so I immediately went and looked for hydrilla there. Well, I couldn’t find it – when I pulled out of Waterfront [boat ramp] it was gone. So I went up the river – it’s what’s we do in Florida – and I looked for something. I got a few bites the first couple of hours I was here, and I said I was going to commit to it one way or the other.

“I fished my main stretch a pretty good distance in practice,” Walters continued. “I’d get a couple bites and then I’d start fishing fast. If I got another couple of bites, I’d mark them. Then in the tournament I’d expand on them both ways and keep moving.”

Walters had two primary areas along his stretch this week – grass mats in 4- to 5-feet-of-water about a mile above of the BB Comer Bridge, and hydrilla in 8-feet-of-water a couple of miles below the bridge. His grass mats consisted of a mix of hydrilla and milfoil. Dead eelgrass and other vegetation had blown in on top of the grass and created dead, brown mats.

“I caught eight of the 10 I weighed in up there. It was milfoil, and hydrilla was growing from the bottom and then the ‘cut grass’ was all loaded up inside,” said Walters. “When one [lure] would go in, it would fall free and into a cavern and they’d kind of attack it. The big ones seemed to be within the first two feet of the mats.”

Walters said he used beaver-style baits, citing a Green Pumpkin Black Blue-colored Gambler Stinger. The lures were Texas-rigged with a 1½-ounce Picasso tungsten sinker on a 4/0-sized straight shank hook and 75-pound-test Halo Winch braided line. To hoist bass out of the vegetation, he preferred to use a Halo 7-foot, 11-inch J.T. Kenney Signature Series rod.

“In practice, I didn’t get a lot of bites at the stretch below the bridge, but I caught one big fish there each day,” said Walters. “I could never get multiple bites going on there, so when I went there, it was one of those deals where I was really going to have to fish for them to get the bites. I caught my last 4 or 5 pounder there today with an hour to go.”

The top finishing boater from each of the six Costa FLW Series divisions that qualified for the 2019 FLW Cup were:

In Costa FLW Series competition, each U.S. division consists of three regular-season tournaments with competitors vying for valuable points that could earn them the opportunity to compete in the season-ending Costa FLW Series Championship. 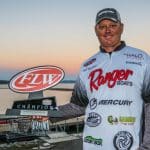