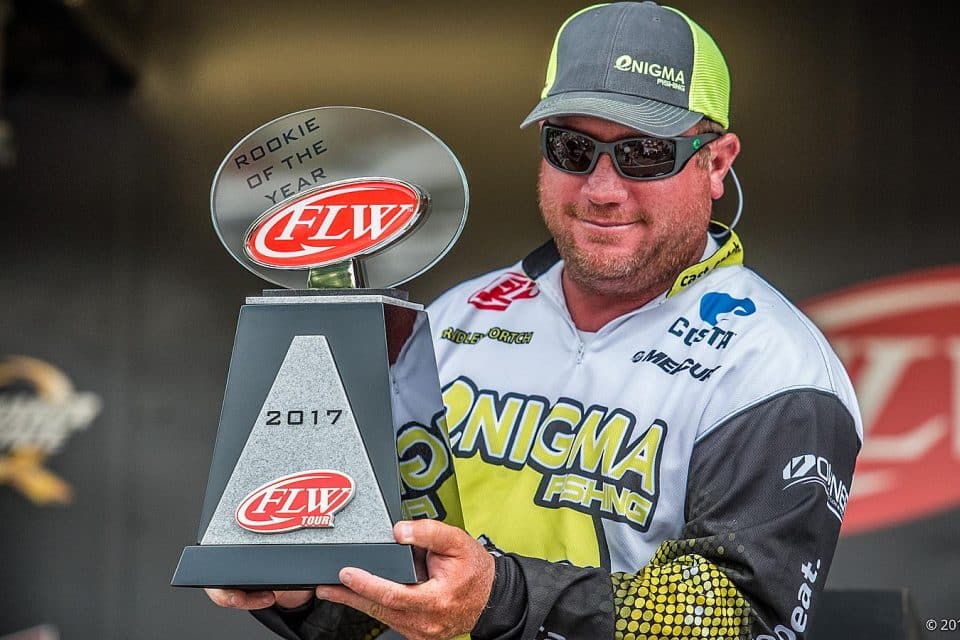 Each year, the ROY title is awarded to the rookie pro who has the highest year-end point total in the standings at the conclusion of the regular-season. Dortch secured the crown at the 2017 season-finale on the Potomac River in Marbury, Maryland, last week, finishing the tournament in 86th place and qualifying for his first Forrest Wood Cup championship appearance.

“Making the Forrest Wood Cup was my main goal this season, but winning Rookie of the Year is a nice bonus,” said Dortch. “I know guys like (Quaker State pro) Scott Canterbury have won this title and have gone on to excel at this level, so to be in the same category as them means the world to me.”

Dortch was an early front-runner for the ROY title after posting a strong 15th-place finish in his first event as a professional on Lake Guntersville in Guntersville, Alabama. He stumbled a bit after landing in 87th at Lake Travis in Jonestown, Texas, but quickly rebounded with a victory at the Tour’s third stop on the Harris Chain of Lakes in Leesburg, Florida.

Dortch spent most of the season neck-and-neck in the ROY race with fellow Alabama rookie Justin Atkins, of Florence, Alabama. After an 85th place showing on Lake Cumberland in Somerset, Kentucky, Dortch finished 14th on Beaver Lake in Rogers, Arkansas, and pulled comfortably ahead of Atkins to sit atop the standings. At the sixth event of the season on the Mississippi River in La Crosse, Wisconsin, Dortch finished 32nd while Atkins finished 10th, putting the title back up for grabs as the race came down to a dramatic finish on the Potomac River.

“I knew it was going to come down to me and Justin at the end,” said Dortch. “When the schedule came out last year, I was glad to see the Potomac River in there because I figured it would be my kind of deal. But, I never thought it would be the make-or-break tournament for Rookie of the Year, or that I would even be in the running.”

Dortch ended up placing 86th on the Potomac River, but Atkins’ 47th-place finish wasn’t enough to close the gap and Dortch clinched the coveted title by 11 points.

The FLW Tour Rookie of the Year title is determined by the total accumulated points from regular-season events. Two hundred points are awarded for a win, 199 for second, 198 for third, and so on.

The next FLW Tour event for Dortch will be the 2017 Forrest Wood Cup championship held on Lake Murray, August 11-13, in Columbia, South Carolina.

For complete details and updated information visit FLWFishing.com. For regular updates, photos, tournament news and more, follow us on Facebook at Facebook.com/FLWFishing and on Twitter at Twitter.com/FLWFishing.

FLW is the world’s largest tournament-fishing organization, providing anglers of all skill levels the opportunity to compete for millions in prize money in 2017 across five tournament circuits. Headquartered in Benton, Kentucky, with offices in Minneapolis, FLW conducts more than 274 bass-fishing tournaments annually across the United States and sanctions tournaments in Canada, China, Mexico, South Africa and South Korea. FLW tournament fishing can be seen on the Emmy-nominated “FLW” television show, broadcast to more than 564 million households worldwide, while FLW Bass Fishing magazine delivers cutting-edge tips from top pros. For more information visit FLWFishing.com and follow FLW at Facebook, Twitter, Instagram, YouTube and Snapchat. 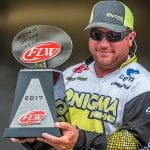