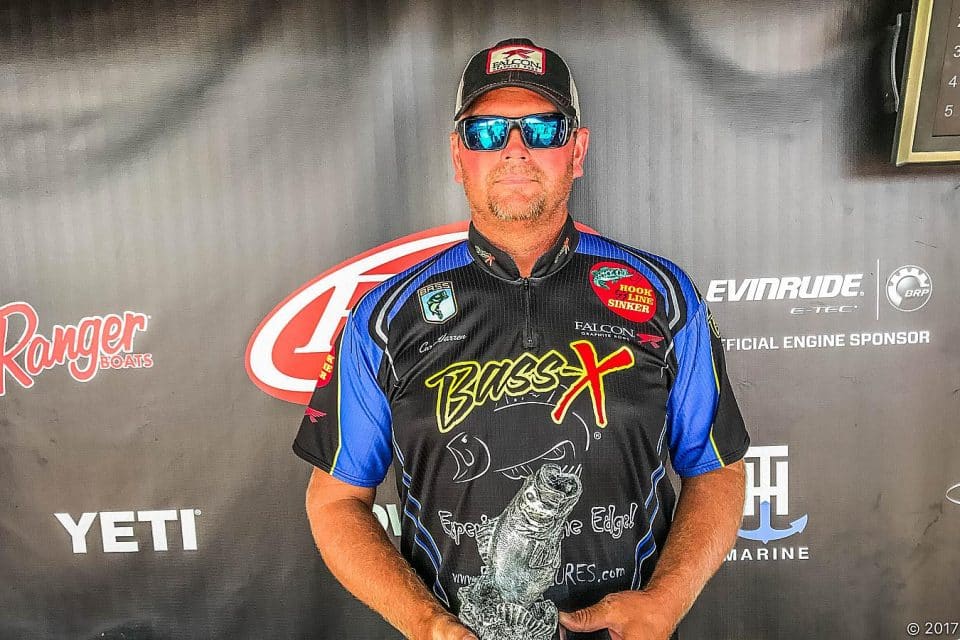 “The bite was funny this weekend,” said Warren, who logged his first career-win in BFL competition. “It wasn’t as bad Saturday, but Sunday I missed several bites. I don’t know if it was weather or what, but they were finicky. Thankfully my 7-foot Falcon (Cara T7) rod helped me feel the bites, or else I may have missed more.

“I was mainly junk-fishing – just beating the banks,” continued Warren. “I was on the north end of the lake, not too far from takeoff. I fished docks and shallow wood cover. I probably had 50 different stops. All my fish came from less than 10 feet of water.”

Warren said everything he weighed in came on a ½-ounce Bass-X football-head jig with an unnamed green pumpkin-colored trailer. He said he caught six keepers each day of the event.

“If I pulled up to an area and there weren’t any shad, I usually kept moving,” said Warren. “They were really close to the surface.”

Mark Teply of Midwest City, Oklahoma, caught a bass weighing 6 pounds, 4 ounces – the heaviest of the event in the Boater Division. The catch earned him the Boater Big Bass award of $937.

Tom Verdine of Yukon, Oklahoma, caught the largest bass in the Co-angler Division – a fish weighing 6 pounds, 4 ounces – and earned the Co-angler Big Bass award of $469.

The top 45 boaters and co-anglers in the region based on point standings, along with the five winners in each qualifying event, will be entered in the Oct. 19-21 BFL Regional Championship on the Red River in Bossier City, Louisiana. Boaters will compete for a top award of a Ranger Z518C with a 200-horsepower Evinrude outboard and $20,000, while co-anglers will fish for a new Ranger Z518C with a 200-horsepower Evinrude outboard. 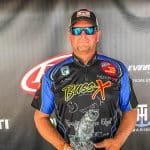