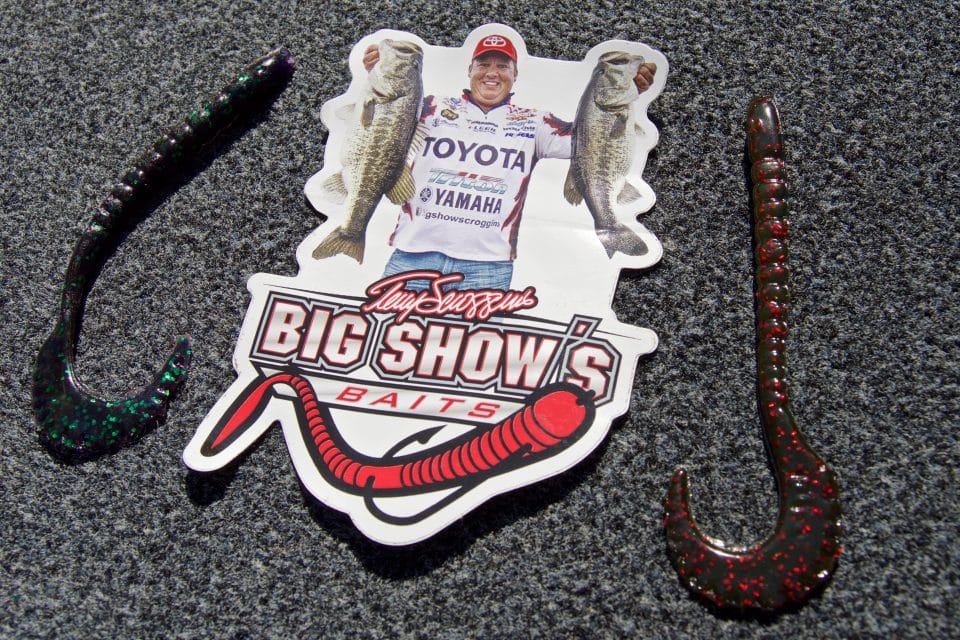 Bassmaster Elite Series pro Terry “Big Show” Scroggins is well known for tinkering with his bass fishing lures. What many people may not know, however, is that Scroggins pours many of the soft plastics he uses throughout the year on the Elite Series in his garage.

Scroggins has accumulated dozens of molds over the years, several of which are old, out of production soft plastics that have a special place in the folklore of bass fishing. One such soft plastic is the Ditto Gator Tail worm. 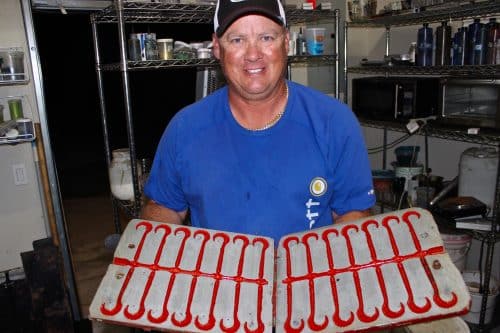 Only one year later, the Gator Tail was one of several lures employed by Rick Clunn to help him win the Bassmaster Classic on the Arkansas River.  Even though the Gator Tail worm went out of production in the early 2000s, it has factored into several big time bass fishing wins in the years that followed. Most recently the Gator Tail helped Rick Morris claim the victory in the 2017 Bass Pro Shops Northern Open #2 on the James River.

As Ditto’s lures continued to grow in popularity, Ditto Manufacturing was purchased by Peter Allen in the early 1990s. Allen went on to open Allen Lures and continued to sell some great soft plastics until around 2003 when his business closed down. Many Florida anglers were saddened to learn one of their favorite worms would no longer be in production, including Scroggins, who used the Gator Tail to win a pile of money on the St Johns River. That changed a few years ago for Scroggins when he made a fortuitous discovery at a local San Mateo, Florida auction.

“The Gator Tail was another mold I came across several years ago at an auction,” Scroggins recalled. “I was able to get a bunch of the original Ditto Manufacturing and Allen Lures molds for a reasonable price. I had no intentions of buying them at the time, but when I saw what lures the molds made, I filled the bed of my Tundra full! I did some research on pouring soft plastics and now I am able to make some of my all-time favorite baits in the comfort of my garage.”

Why the Gator Tail is special:

Since the Gator Tail came onto the bass fishing scene there has been countless soft plastic worms produced that are proven bass-catchers. So what makes the Gator Tail so unique that anglers are still using the original to win big top tier tournaments? According to Scroggins it is all about the tail. 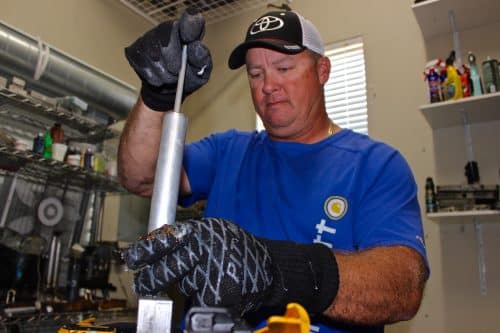 “The real secret behind a Gator Tail is how much action it produces,” Scroggins explained. “The tail was designed in such a way by Bobby Ditto that it displaces an incredible amount of water, even though it’s a relatively little worm. The big tail and small body cause the bait to have a slow, tantalizing fall. Bass just don’t see a small worm with that much movement very often, making it hard for a bass to resist.”

Two other factors contribute to making this lure stand above many others for Scroggins. One is simply that the original Gator Tail is no longer in production; therefore bass aren’t conditioned to seeing them. Lastly, a Gator Tail is a staple for Scroggins because of its versatility.

“There are several different ways to successfully fish a Gator Tail,” Scroggins said. “You can Texas-rig it and flip bushes, docks, and other shoreline cover. You can use a light Texas-rigged weight and swim the worm around grass or the same cover you’d flip. The 5 1/2 –inch version makes for a great swim jig trailer, and the 7-inch version can be paired with a heavy sinker and fished for deep, offshore schools of bass. You’ve got plenty of options with a Gator Tail.”

How Scroggins fishes the Gator Tail:

While there is a plethora of ways to fish a Gator Tail, Scroggins most often finds himself fishing the old school worm in two different ways.

“I typically fish the smaller, 5 ½-inch version Texas-rigged with a 1/8-ounce sinker or 3/8-ounce sinker,” Scroggins said. “The 1/8-ounce rig is for swimming the worm around shallow cover, especially shallow vegetation like lily pads or eel grass. The 3/8-ounce rig is simply for flipping and pitching shallow cover like docks, bushes, laydown trees, or any other shallow cover. The Gator Tail’s action and the fact that few anglers can get them make it a great choice for either of these applications.” 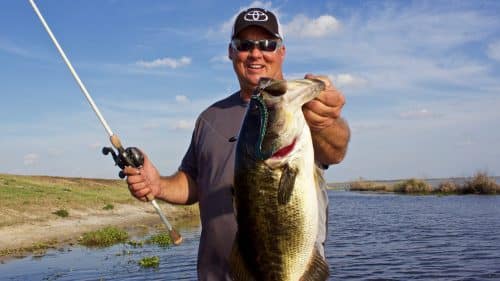 Because of its aggressive swimming action Scroggins generally only uses the Gator Tail when the water is warm. Which explains why the Gator Tail has been a factor in several summertime tournaments and is a regional staple in the Florida area.

Scroggins is giving away two Plano tackle boxes full of his home-poured Gator Tails on his Facebook page. Follow the link below and enter the giveaway:

I’m 72 yrs old and still fish 2 times a week. We used them yrs. ago but can’t find them any more. I’ve been using Zoom and Manns similar ones but they just not the same. Hope you have a great yr. Thanks Gregg Eldridge [email protected] 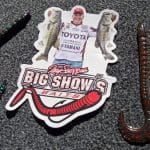