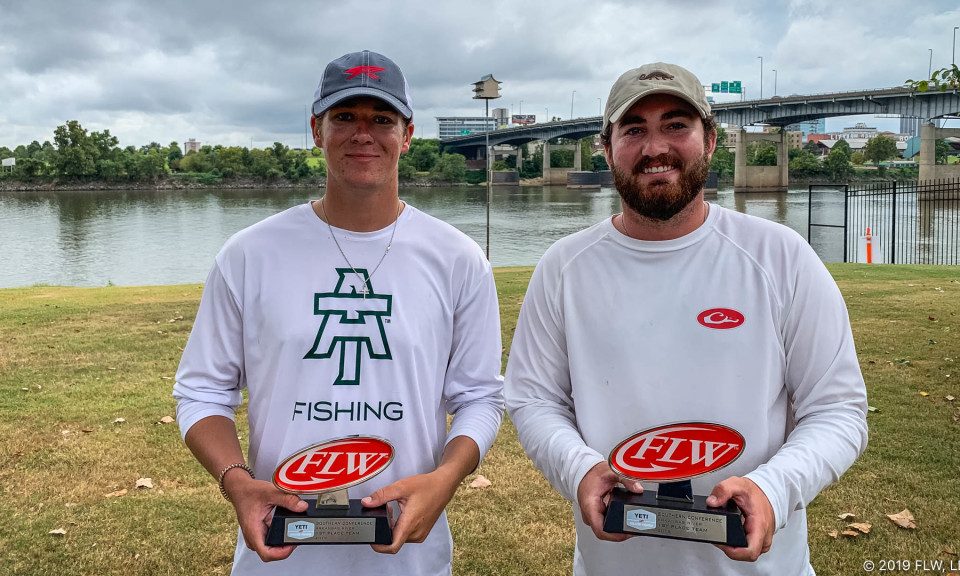 “We live about 30 minutes from Little Rock, so the river is pretty much our home water,” said Reid, a senior majoring in agricultural business. “It turned out to be a big advantage.”

“We locked down from Little Rock to the Tar Camp pool,” said Nutt, a sophomore majoring in natural resource management. “We had two good days of practice coming into this event and had found some fish in the backwaters.”

The duo mainly caught their fish on a trio of baits – a Carolina rig, a crankbait and a Zoom Z-Craw on a shaky-head rig – although they also added a nice keeper near the end of the day on a River2Sea Whopper Plopper.

“We probably caught around 30 fish,” Reid said. “Most came on the shaky-head worm, but we caught one good one on a crankbait and a nice 4½-pounder on the Whopper Plopper.”

“I think the key was our local knowledge,” Nutt went on to say. “We were fishing a little bit deeper than everybody else was, and some of the areas we were fishing were very tough to find in practice.”

The top 10 teams that advanced to the 2020 College Fishing National Championship are:

YETI FLW College Fishing teams compete in three regular-season qualifying tournaments in one of five conferences – Central, Northern, Southern, Southeastern and Western. All participants must be registered, full-time students at a college, university or community college and members of a college fishing club that is recognized by their school. The top 10 teams from each division’s three regular-season tournaments and the top 20 teams from the annual FLW College Fishing Open will advance to the 2020 FLW College Fishing National Championship, scheduled for Feb. 26-28 on the Harris Chain of Lakes in Leesburg, Florida. Additional teams will qualify for the National Championship if the field size in regular-season events exceeds 100 boats. 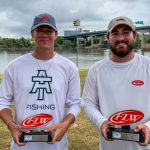