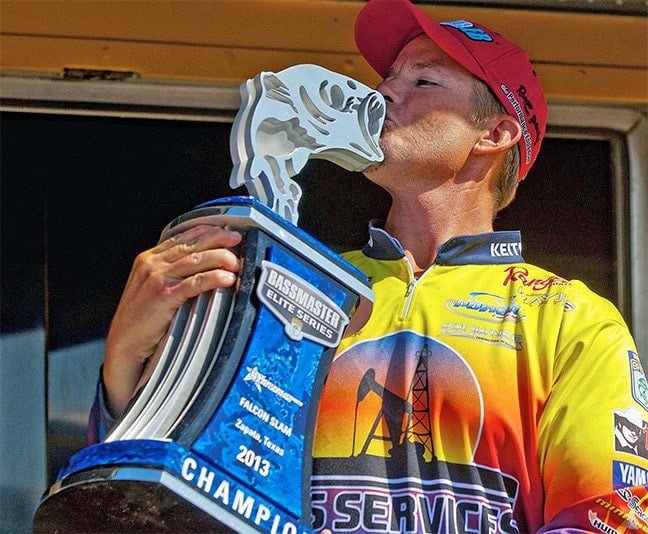 New York, NY (March 20, 2017) – There’s a “fine line” between winning and losing – like a low-diameter, abrasion-resistant fishing line. And there’s hope that one – or more – of those fine lines will be cast by Seaguar’s nine pros fishing in the 2017 GEICO Bassmaster Classic.

The site, Texas’ Lake Conroe, is a reservoir well-known for producing double digit largemouth, including a lake-record fish caught in 2009 that nearly eclipsed the 16-pound mark. On a lake that is renowned for excellent water quality, no line will play a bigger part in keeping anglers connected to their finned quarry than Seaguar. Indeed, with nine Seaguar pros bringing fat sacks of largemouth to the Classic scales every day, be prepared to learn why savvy anglers across the world turn to Seaguar when the money, especially the BIG money, is on the line. The Bassmaster Classic is a dynamic venue for learning about the prowess of bass fishing’s up-and-comers, and this year’s Classic will include three Seaguar pros from the Elite Series with relatively limited experience on fishing’s biggest stage: Drew Benton, the 2016 Elite Series Rookie of the Year and a first-timer at the Bassmaster Classic; James Elam, who will be blasting off on his second Classic trip; and Jordan Lee, who will be competing in his third Classic event.

Benton and Elam have limited experience on Lake Conroe, consisting of short, “getting-to-know-you” trips before the lake went off-limits to Classic competitors. Being new to a lake has its advantages, however, as Elam and Benton won’t be tempted to fish memories; instead, they will focus solely on the conditions that this year’s Classic delivers to them on game day.

Both of these Seaguar fresh faces agree that this year’s mild winter will have a large proportion of the lake’s lunker largemouth in a post-spawn pattern, where flipping or pitching Texas-rigged plastics to shallow cover could be a pathway to the podium on Sunday. Team Seaguar will also include five seasoned veterans of the Elite series, including one angler who has fished his way into the Classic from the Bassmaster Open circuit. These experienced competitors include Chris Zaldain, an experienced Texas bass angler who has cashed a check in 44 of his 65 competitive events; Cliff Pirch, a southwesterner from Arizona who, like Zaldain, is always a favorite to land in the money; Keith Combs, an accomplished pro who has fished six tournaments on Lake Conroe in addition to his five Bassmaster Classic appearances; Brandon Palaniuk, the young gun from Idaho with past fall tournament experience on Lake Conroe; and Cliff Crochet, who qualified for this year’s Classic by winning the Bassmaster Central Open on the Atchafalaya Basin.

The patterns these pros will rely on are as varied as the tournament experiences that have brought each of them to this year’s Classic. For example, Keith Combs and Cliff Crochet both recognize that the mild Texas winter will not have bass locked into one pattern, but instead, available in all three phases of the spawn and perhaps beyond! Brandon Palaniuk agrees that multiple techniques could be used to collect a championship-worthy weight, with dock fishing playing a major role among Classic competitors.

Every fishing team has a leader, a senior statesman, a “Mr. Been-there-done-that.” On team Seaguar, that angler is Shaw Grigsby, renowned as one of the greatest sight-fishermen of all time, who will be making his 16th Bassmaster Classic appearance. Like many of his Seaguar teammates, Grigsby agrees that bass will be in a post-spawn mode, and interestingly, he is looking forward to a hot topwater bite. Asked how he might approach Lake Conroe’s abundant structure, Grigsby said that he plans to rely heavily on jig fishing, especially when incorporating Seaguar Smackdown braid. Grigsby adds that, beyond its strength, Smackdown, “cuts through the water nicely due to its round shape, and is also very quiet through the guides.”

There is no more intimate connection between the nine Seaguar pros fishing the Bassmaster Classic than the lines they use to spool their reels. An overwhelming majority of these anglers will rely on Seaguar InvizX during the Classic. Essentially invisible, and therefore perfect for Lake Conroe’s clear waters, InvizX is a soft, supple, castable 100% fluorocarbon line that is designed to dominate freshwater fishing.

Team Seaguar pros who pitch and flip to heavy cover and to Conroe’s abundant docks will be spooled with Seaguar AbrazX. This advanced 100% fluorocarbon line boasts double the abrasion resistance of other fluorocarbons, and could be the key to inviting a double-digit largemouth for a livewell ride.

Finally, those competitors who will swing for the fences and fish fierce will be spooled with Seagur Tatsu. Tatsu, a 100% fluorocarbon line, which borrows its name from the Japanese word for “Dragon”, is a unique, double-structured line that represents the fusion of two different fluorocarbon resins, delivering a line with superior strength and unmatched softness.

We wish all of our Team Seaguar pros “tight lines” and the best of luck in the 2017 GEICO Bassmaster Classic! 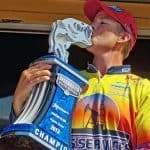