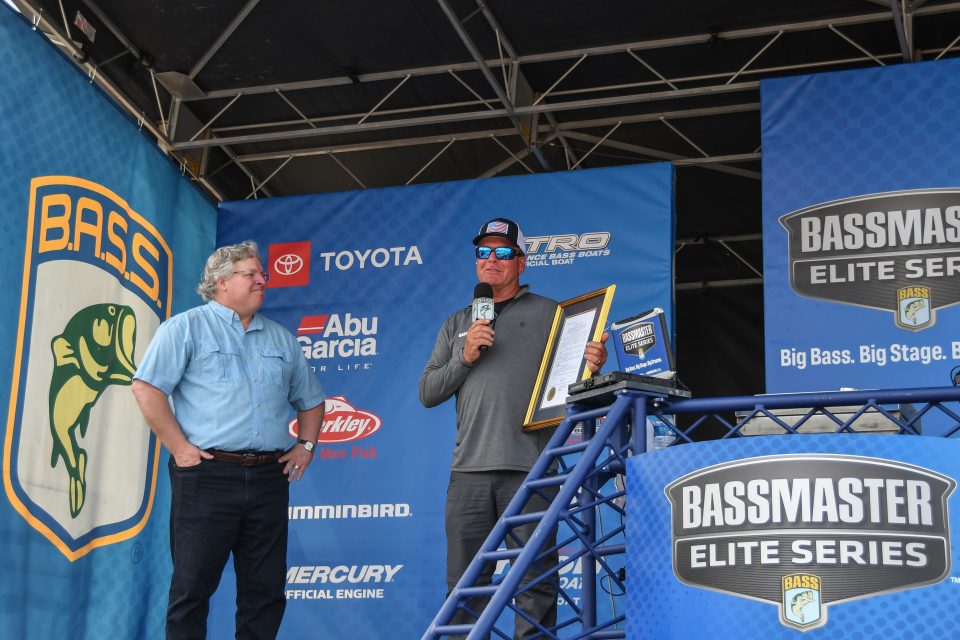 ANDERSON, S.C. – For Immediate Release – 4.8.19 – This past weekend, on the same stage where current Bassmaster Elite Series pros were weighing in for their Lake Hartwell tournament, 2019 Bass Fishing Hall of Fame inductee Davy Hite was surprised by the South Carolina state Senate with a resolution honoring his career.

Jay West, a member of the South Carolina House of Representatives, acting on behalf of the resolution’s sponsors, South Carolina state Senators Michael Gambrell and Floyd Nicholson, made clear that Hite was being honored not just for his angling exploits, which include the 1999 Bassmaster Classic title, the 1998 Forrest Wood Cup, and the 1997 and 2002 Bassmaster Angler of the Year awards. He certainly cited those achievements as a driving force in Hite’s influence, but added that his prior career in the National Guard, his subsequent career as a broadcaster and his role a consummate steward of our natural resources also justified this recognition. (to view the presentation – visit this link:http://bit.ly/HiteHonor)

Hite attended his first Bassmaster Classic as a spectator in 1996 and had a dream “just to maybe qualify for one.” Instead, he visited the Classic stage 14 times during a career that earned him nearly $2 million in B.A.S.S. winnings alone.

He will be formally added to the rolls of the Bass Fishing Hall of Fame at its annual induction dinner at Johnny Morris’ Wonders of Wildlife Museum and Aquarium in Springfield, Mo., being held on Thursday, September 19, 2019. Information on event and table sponsorships, dinner seats and tickets for a special VIP unveiling reception, along with details about the Hall and its mission of ‘celebrating, promoting and preserving the sport of bass fishing’ is available at www.BassFishingHOF.com, or by contacting BFHOF executive director Barbara Bowman at [email protected]. 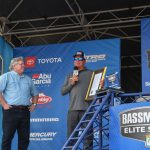