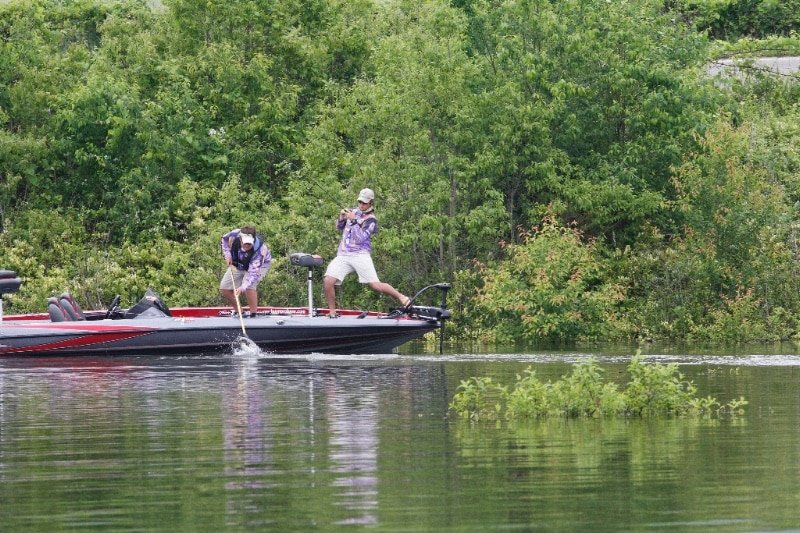 Through this year, a college team could only compete in the event within their regional “conference,” plus a wild card qualifier that gave anglers a second chance to reach the national championship. The 2018 college tour will consist of Central, Eastern, Western and Southern events — providing higher-payout incentives and more opportunities to qualify for the 2018 College Series National Championship.

The College Series tour will begin Jan. 25-27 at the Central qualifier on Toledo Bend Reservoir, Louisiana, which was recently ranked fourth in the Central Division of Bassmaster Magazine’s 100 Best Bass Lakes for 2017.

“Toledo Bend Lake Country/Sabine Parish Tourist Commission/Sabine River Authority are looking forward to hosting the Bassmaster High School and the Bassmaster College Series on Toledo Bend during the 2018 season,” said Linda Curtis-Sparks, director, Sabine Parish Tourist Commission. “We are excited about having these young anglers to our area. We feel that they represent the future in the fishing industry, plus they will be here during a prespawn period for our lake, so the weights could be record setting. It is going to be fun!”

From there, college anglers will travel to the Southern event hosted by the Florence/Lauderdale Convention and Visitors Bureau on Pickwick Lake, Alabama, April 19-21.

“We are super excited to be hosting the 2018 Bassmaster College Series in Florence, Ala.,” said Suzie Shoemaker, manager, sport/event sales at the Florence/Lauderdale Convention and Visitors Bureau. “College anglers bring fantastic economic impact to our community, and we look forward to having them back!”

Cherokee Lake, Tennessee, will be the third fishery on tour at the Eastern event on May 10-12 — the Economic Development Alliance of Jefferson County, Tenn. will be the host. And finally, anglers will head west to Clear Lake, California, May 23-25, where the tournament is hosted by the Konocti Vista Resort & Marina.

In addition to the four tour events, the Bassmaster College Series will also partner with the B.A.S.S. Nation to hold state-qualifying tournaments. Anglers will now be able to compete for a berth in the national championship through their respective state’s event — formats will vary.

All tour events will be open to any college or university interested in participating. Teams can attend all four Opens and the state qualifier if they chose to do so.

Also new this year, anglers will vie for the opportunity to become the 2018 Bassmaster College Series Team of the Year. Each of the tour’s three-day events will feature point system scoring, based on field size, allowing anglers to compete for the title, cash and prizes.

The goal for the restructure is to allow anglers five opportunities — the four tour events and a state-qualifying event — to compete for a berth in the national championship and a shot at becoming the Bassmaster College Series Team of the Year.

“The college demographic continues to change and evolve,” said B.A.S.S. College and High School Series Senior Manager Hank Weldon. “We want to continue to offer a series that accommodates all college anglers, whether that be a team who can compete in a multievent tour or anglers who can only travel to a state-run event. The 2017-18 competition year should be really exciting to watch.”

The High School Opens will continue to be one-day tournaments with a briefing and sponsor greeting held the night before competition. However, also new this year for the High School Series are up-to-the-minute competition updates.

“The one thing we hear from parents and fans watching the coverage on Bassmaster.com is that they would like to know where their teams stand throughout the competition,” Weldon noted. “In 2018, we are launching BASSTrakk on each team’s boat for all High School tournaments — fans will be able to follow their teams closely on the water at each event.”

The kickoff event will be Jan. 28 at the High School Series Central Open on Toledo Bend Reservoir, just one day after the first College tournament. Toledo Bend Lake Country will be the host for this event, as well.

From there, teams will travel to Lay Lake, Alabama, for the Southern Open on March 24 hosted by Visit Shelby County, Ala.

Visit Anderson, S.C., will host the Eastern Open and third stop for the High School Series on April 14 on Lake Hartwell, which is also the fishery for the 2018 GEICO Bassmaster Classic presented by DICK’S Sporting Goods slated for March 16-18. The final regular-season stop will be the Western Open at Clear Lake, California, on May 2 also hosted by the Konocti Vista Resort & Marina.

High school teams in each of the four Opens will be competing for berths in the Bassmaster High School Championship presented by DICK’S Sporting Goods. The dates and location of that event will be later announced.

To view registration dates for both college and high school tournaments, and for more information on the Bassmaster College Series state-qualifying events, visit Bassmaster.com. 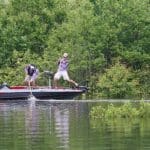