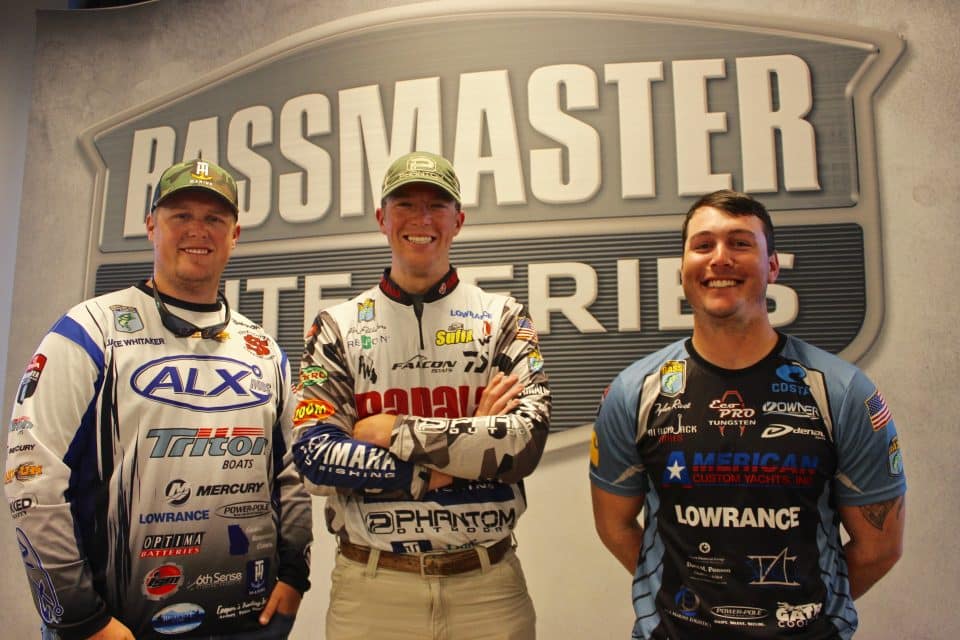 Along with being Bassmaster Elite Series competitors Jake Whitaker, Patrick Walters, and Tyler Rivet have at least one other thing in common – they all competed against each other in Carhartt College B.A.S.S. tournaments, too. Whitaker (26) studied Civil Engineering at UNC Charlotte, Walters (24) was a double major at the University of South Carolina studying Business Management & Marketing, while Rivet (24) attended Nicholls State University in Louisiana and studied Petroleum Technology.

Not only did all three of these college-angling standouts graduate with a degree in their respective majors, they left their Alma Maters with a Master’s Degree in bass fishing. And none of them are afraid to credit Carhartt College B.A.S.S. competition in helping prepare them for fishing at the highest level. In fact, it’s now impossible to look at the Bassmaster Elite Series roster and ignore the college fishing experience for many of the young faces.

Professional anglers like Brandon Card, Andrew Upshaw, or Matt and Jordan Lee have proven that anglers coming from the college fishing ranks are for real. With each passing year, more and more former collegiate anglers are making a name for themselves, both in Bassmaster Opens and on the Elite Series. College fishing has begun to serve as feeder program for fishing at a professional level.

2019 marks Jake Whitaker’s sophomore season on the Bassmaster Elite Series where he hopes to build off his Rookie of the Year campaign in 2018. While both Tyler Rivet and Patrick Walters began their rookie seasons last week on the St. Johns River in Florida. We caught up with them at angler registration tonight to ask a few questions…

Q: What was the biggest lesson you learned from Carhartt College B.A.S.S. competition?

Whitaker – “Learning to be diverse and learning to be confident in my abilities, even on lakes I had never been to.”

Walters – “ Learning to be versatile. In college I fished tournaments from Florida to Michigan and everywhere in between. If you wanted to excel at the college level you had to learn to be versatile.”

Rivet – “I’d have to say learning to fish my strengths as well as learning to be humble. We fished all over the country in college and it taught me you’re going to lose more than you win in bass fishing, but also to be confident in myself and to fish the way I like to.”

The 2019 Toyota Bassmaster Elite at Lake Lanier is the playing field for the anglers this week, so we quizzed these three with a couple questions to see how Lake Lanier was fishing.

Q: What are three lures you could see shining this week for the Toyota Bassmaster Elite on Lake Lanier?

Whitaker – “A crankbait, a finesse jig, and a small swimbait.”

Walters – “I would say a Rapala DT6 crankbait, a shakey head, and my darkhorse would be a spinnerbait.”

Whitaker – “I’m going to have to say 16 spotted bass and 4 largemouth. I think one big largemouth kicker a day will put you ahead here this week.” 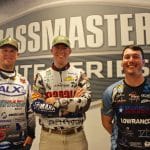