What the Anglers are Saying – About the new MLFLW 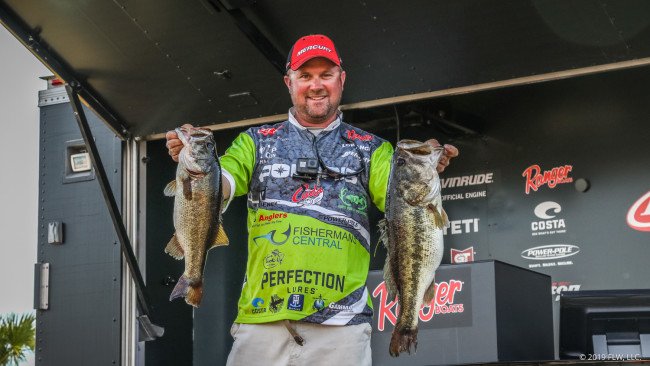 “I’ve got nothing to say,” said an agitated David Dudley. “Everybody keeps calling me, wanting to know what I think about it. I don’t know enough to think anything yet. There’s nothing to say.”

The question that rubbed the usually talkative and often opinionated Dudley the wrong way was this: ‘How do you feel about the acquisition of FLW by Major League Fishing?’

The transaction has created a new entity – MLFLW.

“This is not a hostile takeover,” said MLF Co-Founder and Board Director Boyd Duckett.

Indeed, the FLW anglers provided some feedback and were accommodated by the new ownership. FLW Tour pros will fish their familiar 5-fish format with a live weigh in for all competition days during the regular season instead of the proposed split wherein they would have fished a couple of days under the 5-fish format and two more days under the weigh-‘em-all-and-immediately-release-them format used by MLF.

Another sticky issue for FLW Pro Circuit anglers was the initial ruling that their jerseys would have to adhere to the MLF template. In other words, two-thirds of the space would be covered in MLF logos, not those of the anglers who now need to sell more sponsorships in order to pay higher entry fees. Again, MLF listened. “That was a great show of good faith on their part,” said 2015 Forrest Wood Cup Champion Brad Knight.

Greatly increased visibility, primarily in the form of TV time, seems to be the big plus offered by MLFLW to the incoming FLW Tour veterans. So, rescinding the jersey rule was a good call as that jersey real estate, at least in theory, just became more valuable.

Still, anglers are cautiously optimistic about the new opportunities that may be afforded by the merger. Many still have questions.

“They’re selling a lot of promises,” said Knight. “Most people have a wait-and-see approach about it.

“The television time slot is good. It’s hard (for individual anglers) to sell ad space though, and until you monetize that, it’s all just numbers on a piece of paper.”

Knight appreciates that he and his peers will be able to rep their own sponsors all four days of each event in 2020. “On the good side, there are no logo restrictions anymore.”

The increased visibility brings added value. Still, Knight is doing the math. It doesn’t yet add up the way he would like. Payouts have gotten smaller over the years and the championship prize pot has taken another hit from the $300,000 awarded to Cup winners in recent years to the $200,000 top prize at stake in the 2020 MLFLW championship.

“Any time you have an entry fee increase, that’s alarming,” said Knight. “And I’ve got to pay $40,000 to go to work? I don’t see how that works. There’s got to be a direct correlation between what I pay and the payout or something.

“We’ll have to wait and see if it is worth it or not. They’re saying it is. You’d think it would be.”

Once fishing commences in 2020 Knight will be back in a good place, mentally, during competition. “My day to day activity doesn’t change. We still have a 5-fish limit. My job doesn’t change.

“The biggest thing to me is, I want to see if we can monetize this increased television time with a non-endemic sponsor base. That’s obviously the goal. The bottom line is this: the tournament expenses have outgrown what the (fishing) industry can support. The only hope you have is to add new companies from outside. And (MLF is) getting eyeballs. They have the stats to back that up.

“Again, until you can sell a deal and actually have money in your pocket, all that stuff is just numbers on paper.

“They’re giving anglers a chance to make that happen, from the grass roots level – the high school all the way to the Bass Pro Tour in a clear, defined path to get there. That can’t be bad, so the sky’s the limit. You just have to hope we all pull the rope in the right direction and take it to the next level.”

Fellow Cup Champion John Cox echoes some of Knight’s concerns. “Any time there’s any kind of change it’s always scary but we’ve got to hope it will all work out for the better with MLF buying FLW. Who knows what will happen, I mean, I don’t know,” chuckled the affable FLW Tour veteran.

If Knight is concerned with operating expenses, Cox should be doubly so. He announced in a recent article on AnglersChannel.com that he will fish both, the FLW Pro Circuit and the Bassmaster Elite Series in 2020. His entry fees will total approximately $82,000.

“I’m just thrilled that I’ve got a lot of different options as far as where I can fish,” said Cox. I’m excited about it.”

As for efforts by MLFLW to prove that it is an organization ‘by the anglers, for the anglers’ Cox said, “What I’ve seen so far, they’re trying to do everything they can to keep all the FLW anglers happy the best they can. I do notice. To be willing to change that format from the way they do it, I mean, that’s their whole deal,” said Cox in reference to the decision to feature a 5-fish limit and live weigh in all 4 days at FLW Pro events. “I thought that was huge. They said ‘we’ve got a bunch of guys that are not used to that format yet. Let’s let them do what they want to do, like they’ve been doing, and get everybody on board and ease them into that format’. I thought that was pretty nice.

“And Major League Fishing, they could have cut us down to like, 30 guys but they didn’t want to cut everybody out of the tournaments so they’re keeping 150 boats. I feel like that shows that they’re not wanting to just hang everybody out.

“Everybody’s so worked up about it, but I think down the road it’s going to get better and better and everybody will kind of grow into it.”

As is Knight, Cox is disappointed at the lower top prize for the eventual MLFLW Champion – $100,000 right off the top. “It just sucks that that money is not there. It does, honestly. But I think, once we see how the TV time is and the sponsors start seeing it, I think we will be able to eventually get some more money once we start seeing more TV time.”

What the Anglers are Saying – About the new MLFLW