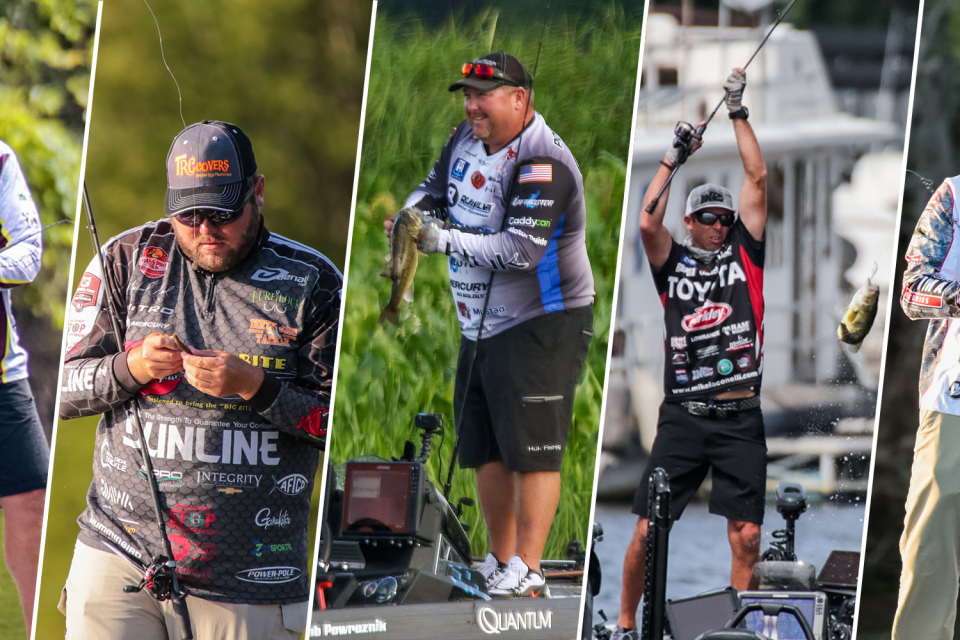 LA CROSSE, Wis. (Aug. 23, 2019) – Round 1 of the Knockout Round at REDCREST Presented by Venmo did not disappoint. After yesterday’s Elimination Round featured little to no drama near the Elimination Line, we had plenty of it today.

The 10 anglers battling to survive made it exciting down to the last second, and it truly came down to the wire. Edwin Evers was the last man in thanks to a Period 3 rally that bumped Stephen Browning to the wrong side of the Top 5.

Here’s what we know: Stephen Browning, Mark Daniels, Jr., Jeff Sprague, Andy Morgan, and Jacob Wheeler were eliminated, but each of them had their chances and they made valiant attempts to survive.

Greg Vinson, Michael Neal, Jacob Powroznik, Mike Iaconelli, and Edwin Evers have advanced. These five will be joined by five anglers from tomorrow’s Knockout Round – Round 2 and will compete for the REDCREST title at Sunday’s Championship Round on Pool 7.

Vinson Cruises
During the Shotgun and Elimination Rounds, Vinson was the most consistent angler in the field, weighing 48-7 and 50-4, respectively. He continued his solid tournament with 40 bass for 63-10 today, with the bulk of his weight coming on a jerkbait and topwater walking bait.

He took over the lead from Powroznik late in the day and then continued to catch fish until “lines out”.

Vinson credits the management of his locations for his success.

“I had a really good first day of practice there and saw other anglers fishing in the same area, but they were not keying on the same things,” he said. “I had to be careful not to be seen fishing the way I was the first two days.”

Pool 7 – site of the Championship Round – features a slightly different layout, and it is unclear if Vinson can run the same pattern, but he’s happy to have a chance.

“I’ll keep an open mind during my ride around and see what catches my eye,” he said. “It’s awesome to have a shot against nine other guys for the title of the first REDCREST champion,” he said.

Neal Stays Steady
Over the first two rounds, Neal was a solid performer with 82-7 during the first two days to land in 10th place. Today, he weighed over 60 pounds doing the same thing, mostly in the same location.

“I started there every day, and it is one of those ‘magical spots’ that seems to always have fish there,” said Neal. “It is what got me through each round.”

When he left his primary area and then returned, the bass were biting.

“I came back to it and caught nine fish in the afternoon with four on consecutive casts,” Neal added.

Powroznik Rides Massive Morning
Early on, Powroznik could do no wrong. He had an area stacked with fish and went to work with a wacky-rig to build his lead. The majority of his 53-13 came in Period 1, and it was enough for him to advance.

Iaconelli Survives
Iaconelli had plenty of peaks and valleys as he occupied every place from 10th to 4th at some point today. He made a switch to a small buzzbait in the final 30 minutes, and it was the difference-maker as he landed key bass that cemented his spot in the Championship Round.

Edwin Squeaks In
Evers, the 2019 Points Champion, shook off a slow morning and stayed focused all day, even with a tense close to Period 3.

“This format is so intense and exciting knowing exactly where you stand,” he said.

His final 3 minutes consisted of two fish catches and one two-minute fish landing violation. It was a crazy finish, but it worked out just fine for Evers.

Browning Falls Late
Stephen Browning had the unfortunate distinction of being the first man out. He had stayed in the top five the entire day, until when it mattered most. In the final 30 minutes, he was bumped by Evers. Browning caught a solid keeper in the final moments, but it was not enough as Evers also placed a bass on the scale in the last minute.

Browning was speechless as he was informed that he was eliminated by less than 2 pounds. Instead of addressing the MLF NOW! cameras, he strapped down his rods and prepared to leave.

MDJ’s Rally Comes Up Short
Late in Period 3, Mark Daniels Jr. had a shot and was within striking distance of the fifth position, but couldn’t get over the hump and finished just over 3 pounds out of the final spot. He remained unflappable even after hooking his official, having to remove the hook and then losing another bass in the final moments.

Looking Ahead
Knockout Round 2 commences tomorrow with the remaining 10 anglers vying for five spots to advance. They will be joined by today’s top finishers for the Championship Round on Pool 7 this Sunday.

How, When, Where to Watch
Competition continues on Friday at 7 a.m. CDT, with live, official scoring available via SCORETRACKER® on MajorLeagueFishing.com and the MLF app.
MLF NOW! Live Stream Schedule (Times CDT)
How to Attend
Fans are invited to the Onalaska Omni Center for the MLF Midway and Postgame Show Presented by Berkley
Official Results 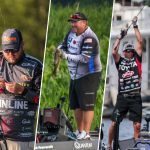