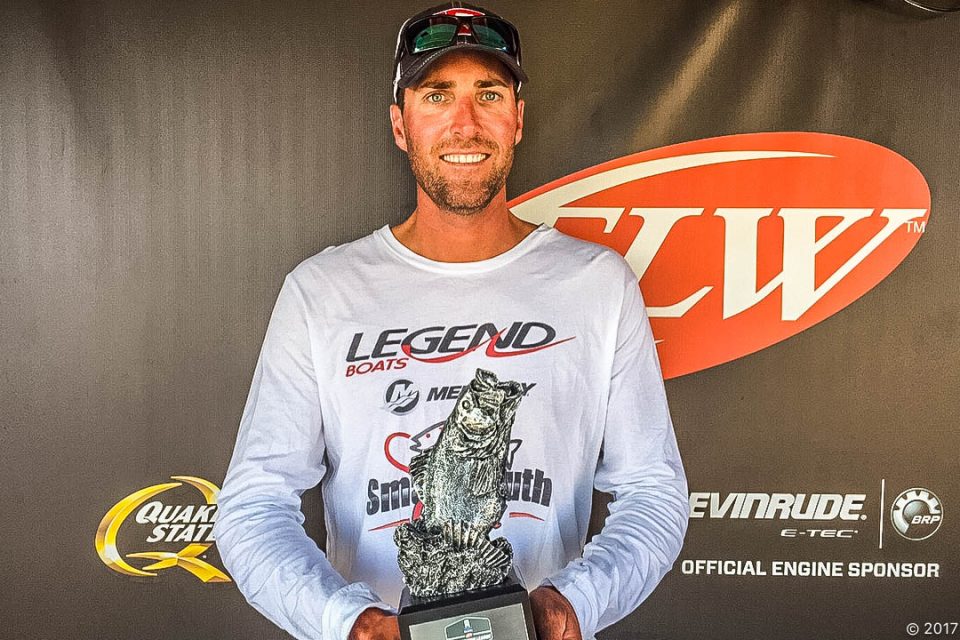 Manson said he spent both days of the tournament targeting fish on Lake Ontario.

“On Saturday I worked on a ledge where fish were congregating in anywhere from 18 to 40 feet of water,” said Manson, who notched his first career-win in FLW competition. “They were all in one 50-yard area, and I caught more than 20 keepers over 4 pounds.”

Manson said every fish he weighed in came on a 4-inch Smoke Purple and Blue Highlight-colored Gajo Baits Spirit Shad on a drop-shot rig.

“On Sunday, I returned to the area and within 30 minutes I knew it wasn’t going to pan out,” said Manson. “I ended up burning about 47 gallons of fuel to hit 15 spots and come up with my weight. They were mostly isolated rock clumps, but were areas I’ve had history on. When you lose a school of fish, you just have to run what you know.”

Manson also caught a bass weighing 6 pounds, 6 ounces Saturday – the heaviest of the event in the Boater Division. The catch earned him the Boater Big Bass award of $720. 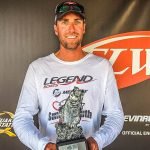