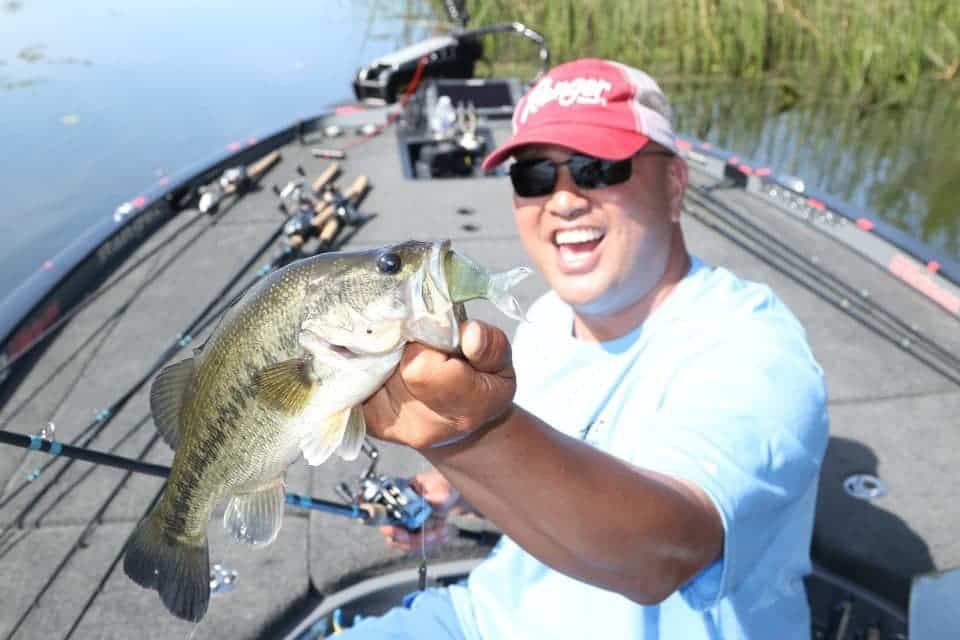 By David A. Brown

Behold the California Delta. The sheer vastness can be overwhelming with this massive network of canals, sloughs, flooded farm lands and major rivers (Sacramento and San Joaquin) draining the Central Valley and covering some 1,100 miles of waterways.

Throw in daily tidal fluctuation complements of a distant connection to San Francisco Bay and this labyrinthine system can spin out the best of angling minds seeking to dial in fish in or near their spawning movements.

But it doesn’t have to be so perplexing. Yes, the Cal Delta is definitely a dynamic environment, but understanding a few key principles will help frame the deal for you.

Fishing a Delta spawn requires some mindset shifting and the biggest one addresses the notion of “shallow.” First and foremost, depth is relative in tidal environments, so a bedding bass has to calculate the daily fluctuations and choose a spot that won’t stand bone dry at low tide, but also 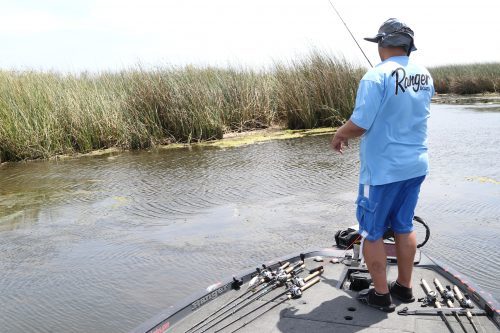 one that’s not so deep the eggs can’t get consistent sunlight.

Tide charts on your Navionics screen, or your favorite app, will help with planning, but there’s no better indication than a glance at the bank. Can you see a mud line on the tule stalks? Are there dead tules laying above a dark, damp band on the riprap? Suffice it to say that low tides are hard to miss.

Now, spot a bed at this level and you know the fish has chosen a location that’ll remain stable throughout the tide. The fish will be supremely spooky in minimal water, but make a mental note or drop a waypoint and you’ll have a better shot at a more cooperative fish when the tide returns.

“The higher the tide, the more comfortable the fish, even though it’s harder for you to actually see the fish,” Mah said. “You have to find that happy medium. You

Generally, if you can identify gaps in tules or grass with hard, clean bottom, you’ll find spawners during the right weather/moon windows. Mah favors areas with moderate current because clarity is critical for spawning fish and too much movement muddies the water.

One thing to keep in mind is that, unlike a large lake, where fish typically cover significant distances between the shallow extremes of their spawning  On the delta, the space between beds, pre/postspawn staging areas and summer hangouts might be no more than two casts. In the long canals, fish simply don’t have to go far off the banks before and after spawning — and given the number of sea lions prowling the Delta, the smart fish won’t spend much time in the open water anyway.

So, pay attention to the outer grass edges in these canals and sloughs and know that, as long as sufficient cover remains, this is prime habitat for bass throughout much of the non-spawning times.

In the broader flooded farming areas like Frank’s Tract, Mandeville and Big Break, the high center areas may hide stellar grass habitat under a foot or so of water during high tide, but falling tides will mushroom that outer grass for easier targeting. Just make sure you have sufficient navigational depth and remember, if that grass compacts, the fish must leave.

Diehard Delta rat Robert Lee placed second in the recent Costa FLW Series Western Division event by specifically targeting postspawners around tule islands. Essential for him and others working the same deal, was moderate current — just enough to bring food to the fish and keep the bottom washed clean of the stringy, mossy stuff; but not too swift that recovering females wouldn’t want to expend the energy to fight swift water.

Here’s something to keep in mind: Not all Delta bass spawn in and around vegetation, so look for spawners around riprap — especially in behind floating docks in big marinas. During a recent Costa FLW Series Western Division event, I watched a pair of largemouths doing the deed on the riprap at Russo’s Marina.

Throughout the Delta, riprap flanked by grass lines offers prime spawning habitat. The fish might hold in that grass until the last moment and then move a few feet to establish their beds.

When searching for prespawners, and even the aggressive fry guarders, crankbaits are a popular Delta option. You’ll typically find your best reaction bites on higher tides through the first half of the outgoing. Remember, points, exposed irrigation pipes and any other current breaks can be gold, so hit these targets thoroughly.

Now, as Dane Mitchell found out through several soul-crushing losses, the fish can be funny during tide changes and often those bites are just half-hearted bumps and nips that bend the rod just long enough to get your hopes up — until the fish shakes that one barb. In such instances, 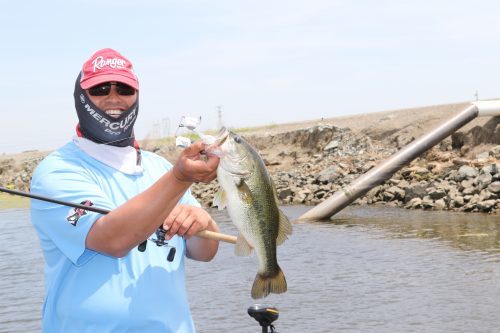 switching to a single hook bait like a swim jig or vibrating jig on a softer rod gives you a better chance of letting the fish load up and sink a solid hook set.

Post-spawners are typically a more lethargic bunch, so skip those wacky-rigged Senkos into little pockets in the tules and hydrilla. (In windy conditions, Lee uses a light wacky jig head, or simply crimps a split shot above his hook for better control/casting distance.)

One of the Delta faves for pre and post-spawners — especially those patrolling those outer grass edges — is the topwater game. Walk a Spook, sputter the Whopper Plopper and churn the water with Mah’s No. 1 — a double blade buzzbait. It’s not usually your highest percentage technique, but when a toad flushes the toilet on that surface bait, it’s worth the price of admission.

Punching mats of hyacinth, pennywort and primrose — another good option for fish staging before and after the spawn. Here again, know your water levels.

“What happens when the tide falls is what I call ‘compaction’ — the water sucks out from under the shallow mats and pushes the fish out to the deeper edges,” Mah said.

On the beds, it’s not terribly complicated: The standard mix of jigs, Texas-rigged creature and craw baits will tempt plenty, but Mah says don’t overlook the dropshot. Ideal for skittish fish, the rig’s design allows you to ease a bait into eye-ball level with the fish, hold it near the bottom or make it hover above a nervous bass — all adjustable for tide stage.

Also, the ability to quickly switch out bait styles and colors aids efficiency. Mah, who favors a 3/16-ounce cylinder weight and a 2/0-3/0 Trapper hook on 16-pound fluorocarbon line, says a straight tail worm is his go-to bait, but when finicky bass need a more agitating presentation, he has the perfect intruder.

“I’ll rig my dropshot with a Basstrix Bait Fry Bluegill and sometimes, those bigger females will really get aggravated at this profile,” he said. “Whether I’m blind casting or looking at them, something highly detailed that looks like a bluegill can really change the mood of that bed fish.”

Indeed, this is the Cal Delta and the fish like diversity. 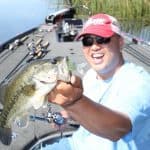