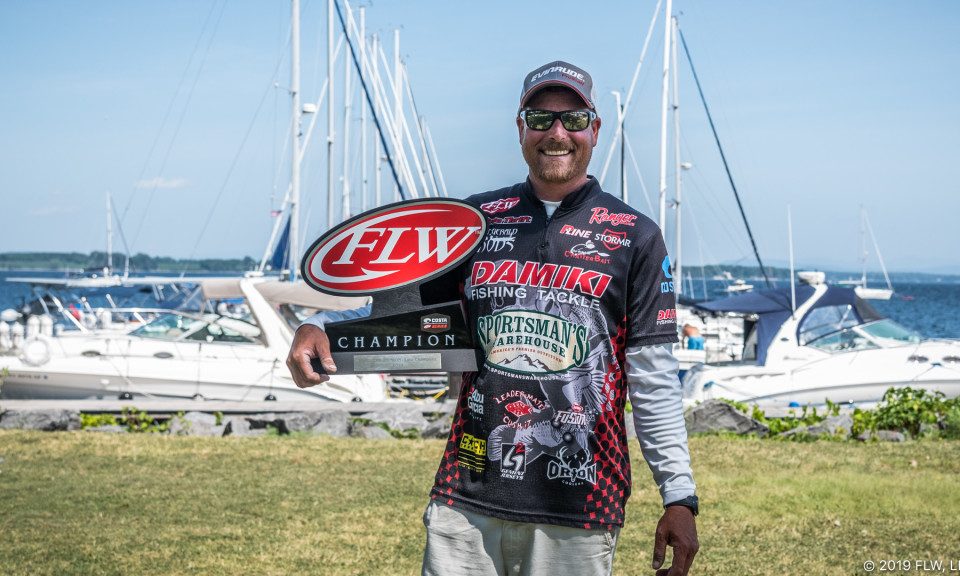 The tournament was the first event of the season for anglers competing in the Costa FLW Series Northern Division presented by Gajo Baits. Thrift’s three-day total of 15 bass weighing 57 pounds even was enough to earn him the victory by an 8-ounce margin over second-place angler Edward Levin of Westerville, Ohio, and earn him $89,200.

“I can’t really say this win is any more special than the others – they’re all pretty great – but this event was awesome because it was the first time that I was truly in contention up north,” said Thrift, a 13-time FLW Cup qualifier and considered by many to be the best angler in the world. “I’ve had a couple of chances to win this year and it’s seemed to slip through my fingers, so it’s a really good feeling to get one back.”

Thrift estimated he caught around 60 keepers throughout the three-day event, mainly throwing 4- and 5-inch Damiki Stingers.

“I think I might have weighed in one on a topwater, but the rest came on the Stinger,” Thrift said. “My key colors were watermelon candy and green pumpkin, and I threw it Texas-rigged, wacky-rigged and Neko-rigged with a 1/8-ounce Damiki Neko sinker.

“I was kind of scared, because the first day I caught around 50 bass – 30 to 35 keepers – and I thought I may have caught too many and burned them up,” Thrift continued. “It was calm today, though, so I was able to hit some new stuff today and basically run everything that I had. If it was windy, there is no way I would have won.”

Thrift said that the key to winning the tournament came to him when he realized that he had to comb through the smaller fish.

“I realized pretty early on in the event that I could weed through a bunch of little ones and eventually I’d catch a big one,” Thrift said. “They were not at all grouped up by size. Normally if I caught a bunch of small fish, I’d leave the spot and look for the big fish areas. This week, the big fish were mixed in with the small fish and you just had to keep combing through them to find the big ones.”

Wood weighed a 5-pound, 10-ounce largemouth bass Thursday – the heaviest of the tournament in the Pro Division – and earned the day’s Boater Big Bass award of $300.

McKee also caught the biggest bass of the tournament in the Co-angler Division Friday, a fish weighing 5 pounds, 6 ounces. He earned the day’s Co-angler Big Bass award of $200.