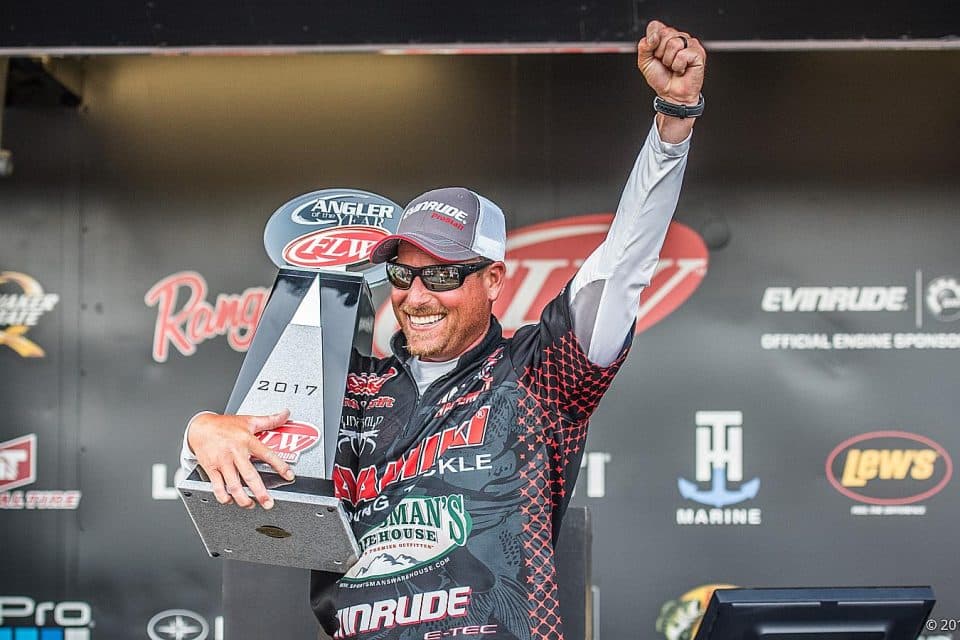 MINNEAPOLIS (June 20, 2017) –  Pro angler Bryan Thrift of Shelby, North Carolina, capped off an incredible season this weekend, winning his second FLW Tour Angler of the Year (AOY) title and the $100,000 prize Saturday at the FLW Tour’s final 2017 regular-season event on the Potomac River.

Thrift started the FLW Tour season off with back-to-back second-place finishes in February at Alabama’s Lake Guntersville and Lake Travis in Texas. He posted a sixth-place showing in March on the Harris Chain of Lakes in Florida, then continued the hot streak through April with finishes of 12th place at Lake Cumberland in Kentucky and a third-place finish at the Tour’s annual stop at Beaver Lake in Arkansas. He wrapped up the season with respectable finishes on two river systems – 59th on the Mississippi River in Wisconsin and 48th on the Potomac River in Maryland.

“The Angler of the Year is the greatest accomplishment you can have in professional fishing,” Thrift said after clinching the title. “You were the best fisherman all year long. Not one tournament, not the championship, but all year long.”

Thrift, an 11-year veteran of the Tour, earned his first AOY title in 2010, when he posted top-10 finishes in four of the five regular-season tournaments, then added another at the Forrest Wood Cup.

“It’s nice to finally win it again,” the 37-year old Thrift said. “I think I blew Angler of the Year three or four times since then (2010). To be able to do it the first season we’ve had seven events, to me that’s a huge accomplishment.”

Along with the Angler of the Year title, which annually goes to the Tour’s most dominant bass angler, Thrift earned the top prize of $100,000 and became the first angler to officially punch his ticket to the 2018 Forrest Wood Cup next fall.

Thrift has fished as a professional on the FLW Tour since 2007. Over the past 10 seasons, Thrift has finished outside the top-10 just once in the end of the year AOY standings, an impressive feat when you consider most FLW Tour events feature more than 160 anglers competing each season.

The next FLW Tour event for Thrift will be the 2017 Forrest Wood Cup Championship on Lake Murray, August 11-13 in Columbia, South Carolina.

Coverage of Thrift’s historic Angler of the Year win on the Potomac River will premiere in high-definition (HD) on NBC Sports Network (NBCSN) Sept. 20 from Noon.-1 p.m. EDT. The Emmy-nominated “FLW” television show airs on NBCSN, the Pursuit Channel and the World Fishing Network and is broadcast to more than 564 million households worldwide, making it the most widely distributed weekly outdoors-sports television show in the world.

About FLW
FLW is the world’s largest tournament-fishing organization, providing anglers of all skill levels the opportunity to compete for millions in prize money in 2017 across five tournament circuits. Headquartered in Benton, Kentucky, with offices in Minneapolis, FLW conducts more than 274 bass-fishing tournaments annually across the United States and sanctions tournaments in Canada, China, Mexico, South Africa and South Korea. FLW tournament fishing can be seen on the Emmy-nominated “FLW” television show, broadcast to more than 564 million households worldwide, while FLW Bass Fishing magazine delivers cutting-edge tips from top pros. For more information visit FLWFishing.com and follow FLW at Facebook, Twitter, Instagram, YouTube and Snapchat. 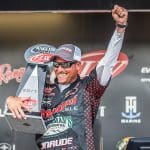