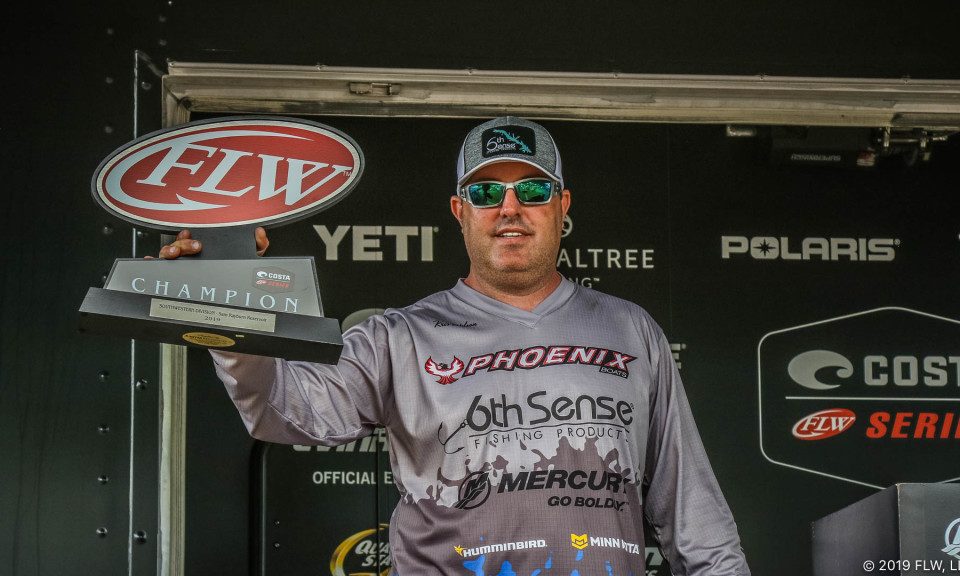 “Coming into this event I expected the fish to be in the bushes, but it really evolved as the week went on,” said Wilson, who earned his second career FLW Series victory on Sam Rayburn. “I really focused on finding fish that were coming to me rather than leaving. And that ended up being about 300 yards out from the bushes.

“My main areas were mainly in the mouths of big coves, and the fish were set up on hard spots – ledges and points,” Wilson continued. “The key was that it had to have a hard bottom. I was running a lot of spots, but I had three spots that produced big fish each day.”

Wilson said he caught around 15 keepers each day. His main tactic was dragging a Carolina-rigged red bug creature bait that resembles a Zoom Brush Hog, poured by him and his tournament partner, Harold Moore. He also weighed in two keepers on chartreuse and blue-colored 6th Sense Lures C15 and C20 crankbaits.

Wilson weighed a 9-pound, 5-ounce bass Friday – the heaviest of the tournament in the Pro Division – and earned the day’s Boater Big Bass award of $248.

Zack Freeman of Russellville, Arkansas, won the Co-angler Division with a three-day total of 15 bass weighing 53 pounds, 5 ounces. For his win, Freeman took home the top prize package of a new Ranger Z175 boat with a 115-horsepower outboard motor.

Freeman also caught the biggest bass of the tournament in the Co-angler Division Friday, a fish weighing 7 pounds, 10 ounces. He earned the day’s Co-angler Big Bass award of $165.

The Costa FLW Series on Sam Rayburn Reservoir presented by Mercury Marine was hosted by the Jasper Lake Sam Rayburn Area Chamber of Commerce. It was the second of three Southwestern Division tournaments of the 2019 regular season. The next tournament for FLW Series anglers will be the Northern Division presented by Gajo Baits opener, the Costa FLW Series at Lake Champlain, held July 18-20 in Plattsburgh, New York. For a complete schedule, visit FLWFishing.com. 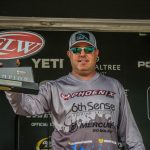