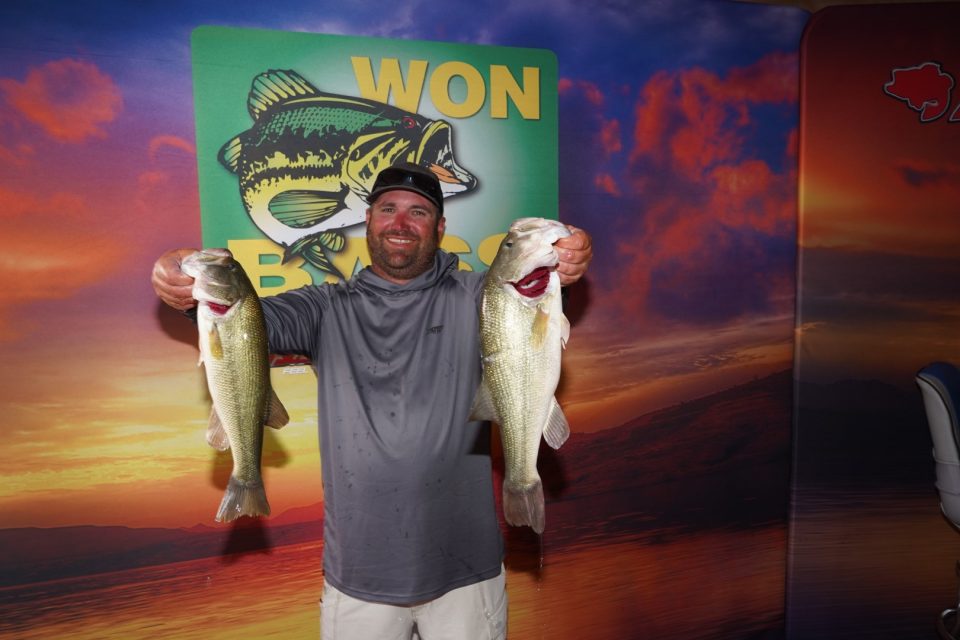 Las Vegas, Nev. – October 17, 2019 – He had been close the past two years, including a frustrating second place finish in 2018.  Nick Salvucci had said that he wanted to win the U.S. Open more than anything – now he can claim that title as his own.

After taking over the lead on day two, Paso Robles, Calif. pro Salvucci did enough on the final day to close out the victory, despite coming in to the Calville Bay sales one fish short of his daily limit.  He did enough the first two days in posting consecutive 11-pound limits, and his more than two and a half pound lead allowed for a margin of error seldom seen in a U.S. Open on Lake Mead.  He arrived as the final angler to present his fish to the scales, and when the screen hit 9.44 pounds, he had what he needed and more.

Salvucci’s total weight of 31.98 pounds eclipsed DeeJay Evans, who had taken over the lead with one of the largest bags of the event only moments earlier.  For his efforts, Salvucci will receive $100,000 cash and the keys to a 2019 Bass Cat Puma FTD powered by a Mercury Pro XS 250 Four Stroke outboard.

More importantly, Salvucci gets to take home the hardware.  “I’ve wanted this trophy for so long, and I’ve been fishing this lake so well for the past several years that it hurt to come so close,” he said.  “Now, I get to put my hands on that trophy and I’ve got the perfect place for it at home; I can’t believe it’s finally happened.

Salvucci reported spending his tournament in the mid-lake area.  Specifically, he fished the Echo Bay area of the Overton Arm, and worked his way back towards the main lake.  He said he caught them on multiple lures.  “I didn’t really have any one thing that I caught them on, I junk fished my way through, throwing what I felt l needed to throw,” he said.  “The reel key to this week was to keep a positive attitude and just keep my head down.  I pulled the hood of my Aftco shirt over my head and stayed focused – it feels amazing.”

Las Vegas, Nev. pro Evans’ final day creel was one of the largest of the event, and his total weight of 29.28 pounds earned him second place for the event.  Evans reported catching his fish in one area, something that is unusual for Lake Mead.  “I fished a pocket near Temple Bar that was not more than 100 yards by 100 yards,” he said.  “I caught them on finesse fishing tactics, tubes and dropshot rigs; I just kept circling the area catching as many fish as I could on each pass.”

He knew that he had a lot of ground to make up on the leader starting the day, so he was thrilled with his finish.  “I really did all I could, and doing the math at the tanks, I really didn’t think I had enough to catch Nick,” he said.  “He did a great job all week, and I congratulate him on his win.”

Scott Hellesen, from Whittier, Calif. managed to put together a solid tournament, and finished with a total of 26.74 pounds to move up into third position.  Ryan Yamagata, from Las Vegas, Nev. steadily climbed the leaderboard each day and finished fourth with 25.47 pounds. Dylan Maxon, from Phoenix, Ariz. rounded out the top five with 25.45 pounds for the tournament.

On the AAA side, day one leader Bo McNeely struggled on day two, but rebounded nicely on the final day with pro partner Ryan Yamagata to earn the win.  The Rancho Cucamonga, Calif. angler ended the tournament with 26.92 pounds.  Covina, Calif. AAA Brian Reeves finished second with 26.89 pounds, he was followed in third place by Brandon Smith of Indio, Calif. with 26.55 pounds.  Joe Leonard of Windsor, Calif. Finished fourth with 25.88 pounds and James Robinson of Lake Havasu City, Ariz. finished fifth with 23.34 pounds.

Complete final standings can be found below.

That concludes the 2019 WON Bass US Open and the live broadcast, presented by Bridgford Foods and Life Source Water Systems brought all of the action to you from the waters of Lake Mead, the weigh-in at Calville Bay Marina, and the awards ceremony from the Railhead Room at Boulder Station Casino. All found at http://www.wonbass.com. 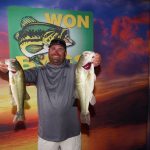