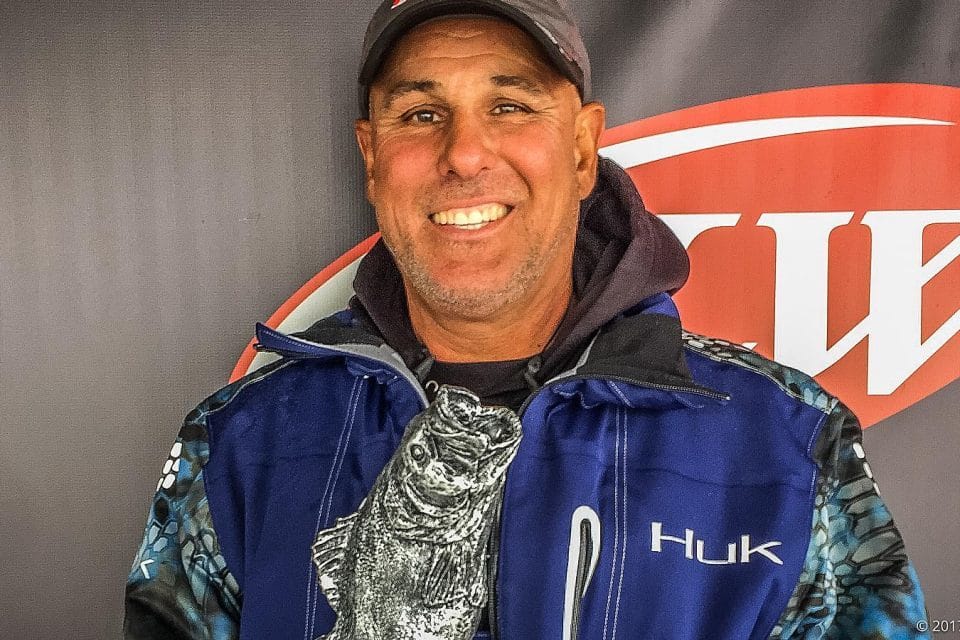 “It was a tough day out there – I only had seven keeper bites,” said Rodriguez, who earned his first career win in FLW competition. “I started in grass but the water was too muddy, so I focused on wood and rocks. They were a little deeper, in 6 to 8 of water.”

“I did throw a crankbait, but I decided to slow down,” said Rodriguez. “It didn’t seem like the fish were chasing anything. The jig was the deal.”

During practice, Rodriguez said he pinpointed four areas where he knew he could get some quality bites, and decided to run the same route during the event.

“I didn’t catch a lot of bass from each area in practice, but the ones I did were decent-sized,” said Rodriguez. “I figured if I kept moving I could put something together.”

Bassler caught a bass weighing 5 pounds, 13 ounces – the heaviest of the event in the Boater Division – which earned him the day’s Boater Big Bass award of $460.

Hutchinson’s bass was the heaviest caught among Co-angler Division anglers. The fish earned him the day’s Co-angler Big Bass award of $230. 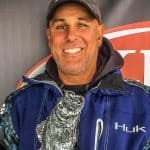