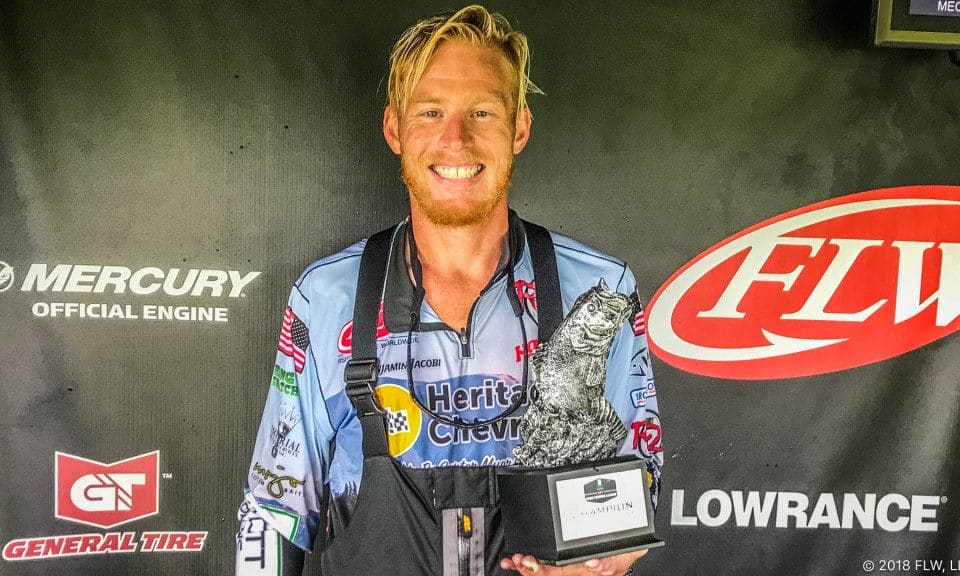 “It was basically the same thing I did last year,” said Jacobi, who also won the Shenandoah Division BFL tournament on the James River in 2017. “I stayed on the main river flipping hard cover and fishing creek mouths.I didn’t count out anything. Every spot I hit the fish were scattered around the cover, which was odd. They weren’t as shallow as I was anticipating. I had to fish my stuff from top to bottom to make sure I didn’t miss anything.

“I used an Arkie-head-style Hog Snatcher jig and creature baits,” continued Jacobi. “I always have some different stuff rigged up because the river seems to be in junk-fishing mode almost all year round. If they do bite a bait, it seems like I can go to other spots and they’ll bite it. They just have to tell you what they want that day.”

Jacobi, who also fished last weekend’s Piedmont Division tournament on the James River, went on to say that the fish were a bit lazier this time around.

“Last weekend I had several fish grab the bait at the boat,” said Jacobi. “I guess, with the lower pressure and the little bit of a cold front we had, they held tight to cover. I was kind of shocked at how much things changed from last week to this week.”

Disabatino brought an 8-pound, 1-ounce, bass to the scale – the heaviest of the event in the Boater Division – and earned the day’s Boater Big Bass award of $550.

Reid also caught the largest bass in the Co-angler Division weighing in at 7 pounds, 13 ounces. The catch earned him the day’s Co-angler Big Bass award of $275. 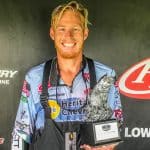