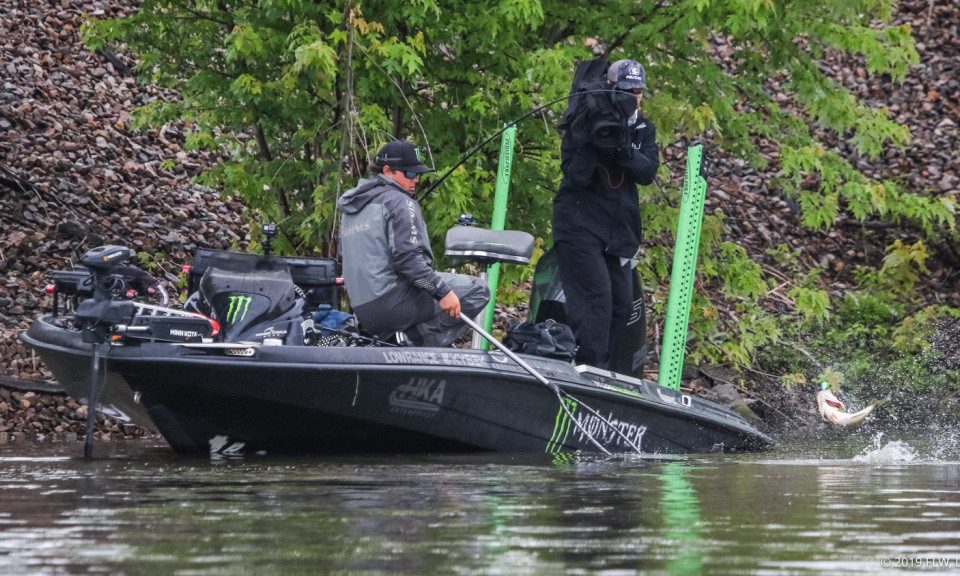 “Whose house is of glass, must not throw stones at another.”  – George Herbert, 1651

I like the folks at Major League Fishing. I enjoy the creative wrinkles they add to our sport. I have known many of the anglers to be great fishermen, even better people. I hope everyone will read with an open mind the thing I am about express, an observation about the sport I love.

When a tournament angler, let alone an organization, says something about tournament fishing it sticks to tournament fishing as a whole. None of us live in a vacuum. Praise and condemnation alike, when spat out into the whirlwind of public opinion, come back around and stick especially hard in the minds of the uninitiated, those who watch casually – you know – the general television audience our sport has long sought and has now found itself in front of.

Major League Fishing has done much to bring a mass of eyeballs to our sport. Veteran anglers share anecdotes about personal friends who have never watched fishing as a spectator sport but who now do, thanks to the format that includes a scoreboard, ticking clock and referees – things the casual observer relates to when watching sports.

And to be clear, the anglers, those who founded MLF and those who left other organizations more recently to fish the Bass Pro Tour, are still friends with their counterparts on the Bassmaster Elite Series and elsewhere in the industry. By no means do I think they mean any harm to their friends or to the reputation of anybody in the industry. The anglers, for the most part, continue to get along well and promote the sport of bass fishing in the most exemplary manner.

That’s the anglers. But in the zeal to differentiate itself from ‘traditional’ tournament organizations, MLF has thrown a rock. In a fragile house.

I was watching some MLF action on television. A short, silent clip played across my screen during a commercial break. The captioned scene showed ‘conventional’ treatment of tournament bass under the 5-fish-limit system, a system developed and refined over decades and often in concert with fish and game agencies and other resource managers of various states in which events are held. The law would allow anglers to keep and eat every one of those fish that cross the stage but instead they return the fish to their home waters with a live release rate often in excess of 99%.

But this televised clip showed bass being imprisoned for hours (presumably, the angler in this propaganda piece caught all of his fish in the first 10 minutes of the day and never culled) in a dark box and finally, dragged to the scales in a bag crowded with other fish. It brings to mind something that might have been produced by animal rights activists – the hypocritical, agenda-driven kind; not hunters and fishermen.

A major part of Ray Scott’s legacy is the development of aerated livewells and other measures designed to comply with his revolutionary ‘Don’t Kill Your Catch’ campaign.

But the average viewer of a modern BPT event likely has no idea who Ray Scott is. They don’t know the difference between B.A.S.S. and MLF or that B.A.S.S. has been the biggest influence since Teddy Roosevelt in the modern resource conservation movement.

They don’t fully grasp the difference between MLF and Bassmaster. And they, frankly, don’t care.

They just see ‘those tournament fishing guys’ on TV. So, when MLF presents itself as superior in terms of conservation, it presents every other tournament organization, including its newly acquired FLW Pro Circuit, as inferior in terms of conserving a valued public resource. This gives tournament fishing, in general, a perception problem in a day when the anti’s have shut down circuses and shuttered Shamu’s shows at Sea World. There are those who do not want you to fish. They don’t care about the rules. They hate the game altogether.

The anti-fishing movement is real and we, as sportsmen, need to stand united against it; not divided against one another, casting stones of perceived superiority. Perceived.

We should recognize and respect the efforts of those who have come before and worked for decades in imperfect pursuit of often unattainable yet strived-for conservation goals and ideals. We all have an impact on the environment every time we interact with it. But can you imagine not interacting with fish? It’s hard to love someone you never meet.

On the subject of meeting: thousands of fans show up at live weigh in shows to see fish and meet the pros who caught them. Most of these fans develop their own passion for the conservation of bass and aquatic resources as a result of their experiences at these live weigh ins.

Furthermore, MLF would be hard pressed to prove that its catch-all-you-can format is friendlier to the lakes they visit than is the 5-fish plan. Under the 5-fish format an angler who has caught a solid limit will likely move to other spots in search of bigger bass, unintentionally resting a spot that just produced 5 keepers of similar size. Advancements in sight fishing techniques as well as modern electronics help anglers to be more selective than ever when looking for only the 5 biggest fish.

By contrast, we all watched MLF pros last year as they hammered up to 80 fish from a single small area or big school. No upgrades, just cookie cutter, one-pound-and-a-few-ounces fish. Hooked and handled. Over and over. No need to move to a different area in search of a different class of fish and therefore give rest to the spot currently being strip-mined for every single little fish it can give up. Given the day off an MLF pro enjoys between rounds and that many MLF events place competitors on different bodies of water throughout the week, pros are further incentivized to exploit this scorched earth tactic.

Good luck to the recreational angler who shows up on that spot Saturday morning. He would be better served if the MLF pro had just kept and killed his legal limit and left the area otherwise unmolested.

The following represents the views of the author. It does not reflect the views and opinions of this station or its sponsors

Yes! Thank you! I have been saying this all along! I even sent a message to MLF about that commercial they play and the response was “we will pass this along to the appropriate persons”. That’s the last I’ve heard. It’s pathetic and a prime example that they think they are better than the other trails. Wait until states start implementing a catch and release tournaments. I firmly believe MLF will do more harm then good in the long run 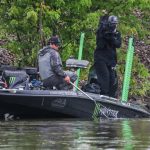