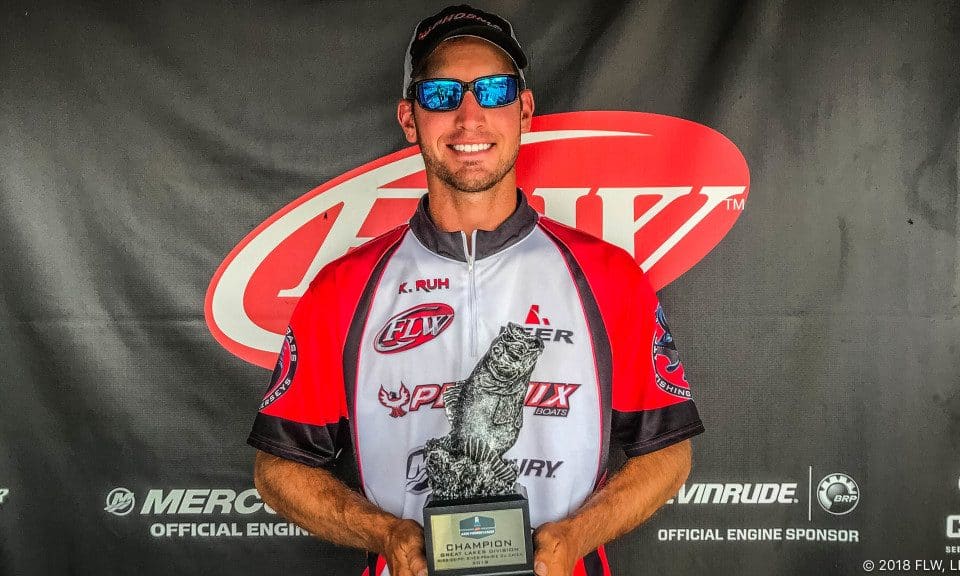 “I was fishing sand bars, looking specifically for areas that had the right current,” said Ruh, who earned his first career win in FLW competition. “I started out fishing in Pool 9, but locked up to Pool 10. The majority of my weight came from one spot there.”

Ruh said his key bait Saturday was a swing head jig with a green-pumpkin-colored Zoom Brush Hog, but he also caught some keepers dragging a Carolina rig. He estimated that he caught nine keepers throughout the day.

“The fish were grouped up and once I got the school fired up they started biting. Within 20 minutes I had done my damage,” Ruh said. “The fish had been moving throughout the week chasing baitfish, so I knew where they would end up.

“Another big key for me on Saturday was the wind setting up right,” Ruh continued. “The water level was dropping and the current wasn’t flowing as hard, so the wind helped to fire those fish up.”

Jim Tomsovic of Sparta, Wisconsin, caught a bass weighing 4 pounds, 6 ounces – the heaviest of the event in the Boater Division – to earn the Boater’s Big Bass award of $315.

Ron Check of Prairie du Chien earned the Co-Angler Big Bass Award of $315 after bringing a bass weighing 4 pounds, 15 ounces to the scale.

The top 45 boaters and co-anglers in the region based on point standings, along with the five winners in each qualifying event, will be entered in the Oct. 11-13 BFL Regional Championship on the Chesapeake Bay in North East, Maryland. Boaters will compete for a top award of a Ranger Z518C with a 200-horsepower Evinrude outboard and $20,000, while co-anglers will fish for a new Ranger Z518C with a 200-horsepower Evinrude outboard. 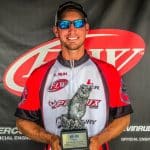