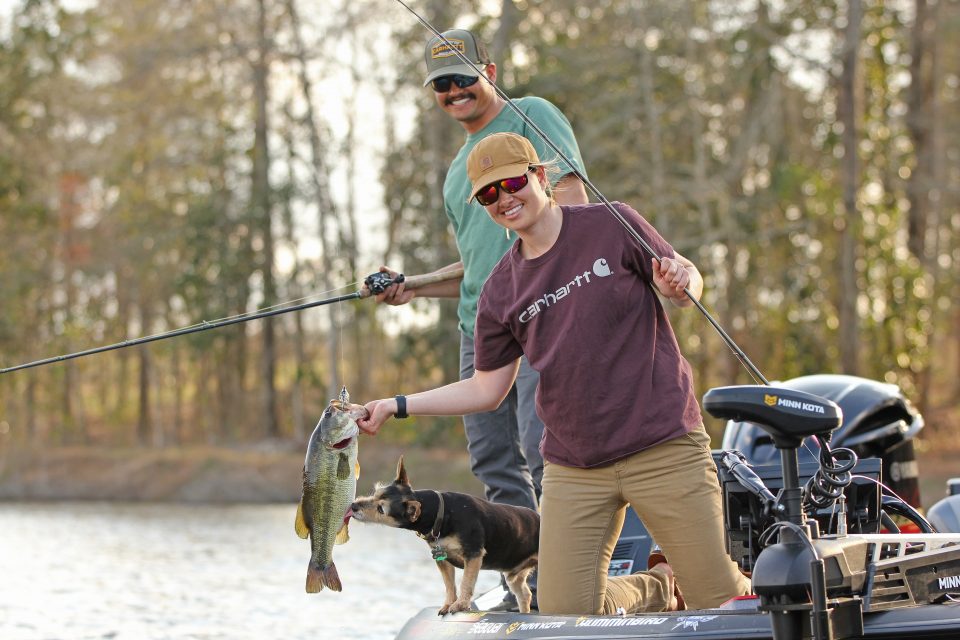 About the only thing Chris and Trait Zaldain’s dog Nebo won’t eat is fruit, but he will lick a largemouth bass if one gets within range of his tiny tongue, and for the past seven seasons there aren’t many tournament fisheries he hasn’t visited.

In fact, the Zaldain’s acquired Nebo in unplanned fashion during a Bassmaster Elite Series event at Lake Dardanelle in 2014.

“I was sitting in my boat working on tackle at that Dardanelle Elite, the door on my truck was open, and the next thing I know, a little dog comes out of a patch of woods and jumps into the cab of my truck,” recalls Chris.

Turns out, that little dog was in pretty rough shape. He had worms, ticks, and someone had obviously abandoned him. So Trait and Chris followed their animal loving hearts, consulted with locals to make sure he didn’t have an owner, and began making plans to show the undernourished pup a better life. 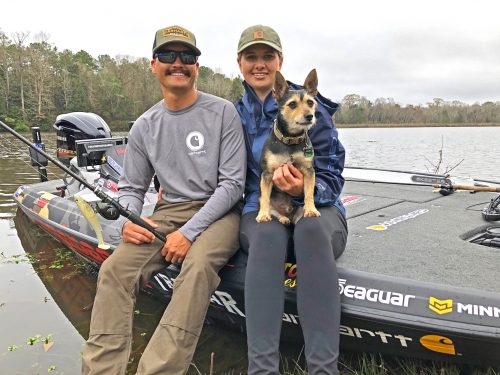 “We were pretty broke back then, so I was worried about how much the veterinarian might charge us,” says Trait. “But the clinic there in Russellville was sweet enough to only charge me $5 to treat him for ticks and worms if I promised to take great care of him.”

“For the first few days, I think we fed him the same ramen noodles and lasagna we were living on,” grins Trait, who competes in Bassmaster Open events.  “But the generous treatment the vet clinic gave him really got him pointed toward being way healthier than when we found him.”

Actually, it’s probably more accurate to say Nebo found the Zaldains, and you could argue he’s been a pretty darn good 4-legged token of good luck ever since that fateful day in Russellville six years ago.

Chris actually finished 8th in that Elite Series event a few days after the abandoned pup found them, and the Zaldains left Lake Dardanelle with a prize check of $12,500. They decided it was only fitting their new dog should be named “Nebo” after well-known Mount Nebo State Park located near the cabin they stayed in that week.

The veterinarian guessed him to be roughly two years old the day Trait first took him for a visit, so the Zaldains think “Nebo” is about 8-years-old.

One thing’s for certain, Nebo is now a highly confident, cattle chasing, very entertaining, 18-pound, treasured traveling companion to two of the most recognized anglers at every Bassmaster Open and Elite Series event he attends. 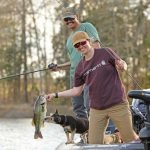