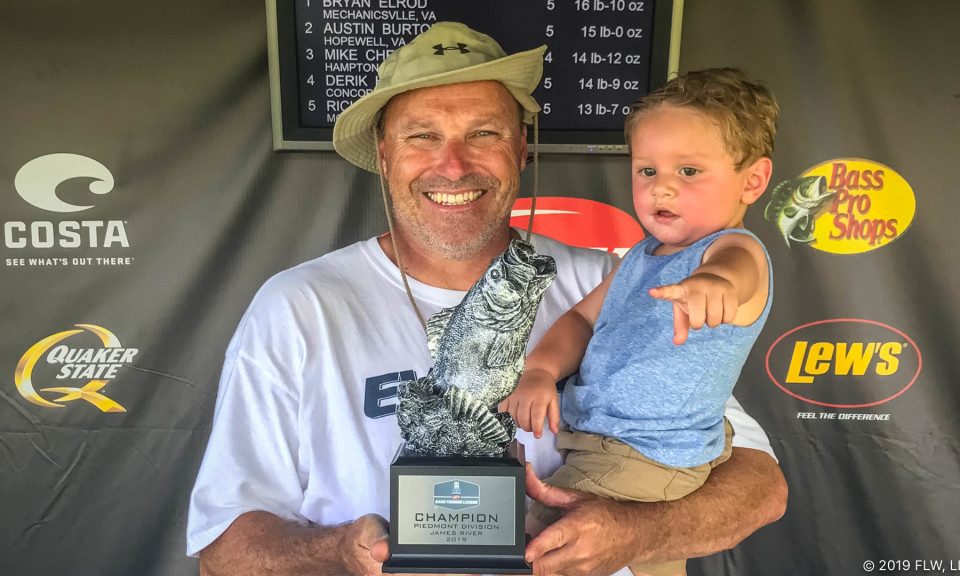 Elrod said he fished on the lower end of the James River.

“I probably fished 8 to 10 different places during the day – all shallow to mid-depth wood in 4 to 6 feet of water,” said Elrod, who earned his fourth win BFL competition – third on the James River. “It’s about a 30 minute run down there [from takeoff] and, for the most part, the areas were within a few miles of each other.

“I targeted crabs on wood, which is what they were feeding on,” continued Elrod. “I was just running the tide, trying to stay with the low water and flipping wood. I did that for as long as we could but by the end of the day the water was high.”

“I have a lot of local knowledge, and I know which pieces of wood can be more productive than others,” said Elrod.

Cherry caught a 7-pound, 3-ounce bass – the heaviest of the event in the Boater Division – and earned the day’s Boater Big Bass award of $410.

Peters also caught the heaviest bass in the Co-angler Division, a fish weighing in at 5 pounds, 1 ounce. The catch earned him the day’s Co-angler Big Bass award of $205. 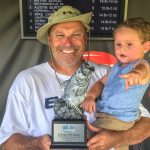