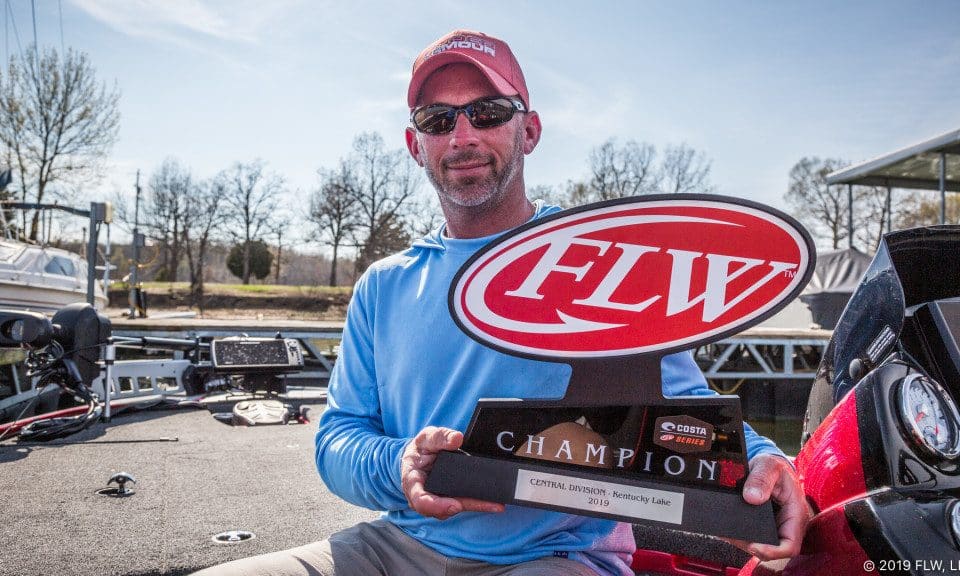 GILBERTSVILLE, Ky. (April 6, 2019) – Pro Jake Morris of McKee, Kentucky, brought just two bass weighing 5 pounds, 12 ounces, to the scale Saturday, but as it turned out he could have took the day off. Morris’ big 24-pound, 10-ounce Day One limit on Thursday was enough to propel him into the early lead and go wire-to wire to win the Costa FLW Series at Kentucky Lake presented by Lowrance. Morris’ three-day total of 10 bass weighing 44 pounds, 2 ounces gave him the win by a 6-pound, 14-ounce margin over second-place pro Steve Floyd of Leesburg, Ohio, and earned him $39,608 in the three-day event that kicked off the 2019 FLW Series Central Division season.

“I’m just as proud of the two that I caught today as the 24 (pounds) that I had on Thursday,” said Morris, who also won a T-H Marine Bass Fishing League (BFL) Regional Championship tournament on Lake Barkley in 2010. “It was tough out there today. My nerves are shot. It was a half-hour boat ride back and I thought for sure I had blown it. It hasn’t even sunk in that I won yet – maybe it will tomorrow.”

Morris said that he fished the same 75-yard stretch all three days of competition – a big flat that had a ditch against the bank, near the mouth of the Little River in Lake Barkley. He said that his key bait for the week was a 3/8-ounce Stan Sloan spinnerbait with a chartreuse skirt, Colorado and willow-leaf blade and a white Zoom Fat Albert Grubl trailer.

“I was making the same cast and getting tired of looking at it,” Morris joked. “I think the key was two main things – the water color was dirtier back in my area and the temperature was 3 to 4 degrees warmer.

“I worried myself sick all day long, so to get the win today is crazy,” Morris went on to say. “I won a BFL regional event here and that was special, but this one feels a little better because the competition was so tough. I had a great week and it’s a tournament I will remember for a long time.”

The top 10 pros on Kentucky and Barkley lakes finished:

Steven Hatala of Harrison Township, Michigan, weighed an 8-pound, 11-ounce, largemouth Thursday – the biggest of the tournament in the Pro Division. For his catch, Hatala earned the day’s Boater Big Bass award of $294.

Troy Bickers of Carrollton, Kentucky, won the Co-angler Division and a Ranger Z175 with a 115-horsepower Evinrude or Mercury outboard motor with a three-day total of five bass weighing 20 pounds, 14 ounces.

The top 10 co-anglers on Kentucky and Barkley lakes finished:

Bickers caught a fish weighing 8 pounds, 3 ounces, out of the back of the boat Friday – the largest bass in the Co-angler Division – to win the Co-angler Big Bass award of $196.

The Costa FLW Series on Kentucky/Barkley lakes presented by Lowrance was hosted by the Kentucky Lake Convention & Visitors Bureau. It was the first of three Central Division tournaments of the 2019 regular season. The next tournament for FLW Series anglers will be the Costa FLW Series at Santee Cooper presented by Power-Pole, held April 25-27 in Summerton, South Carolina. For a complete schedule, visit FLWFishing.com. 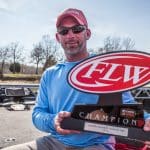