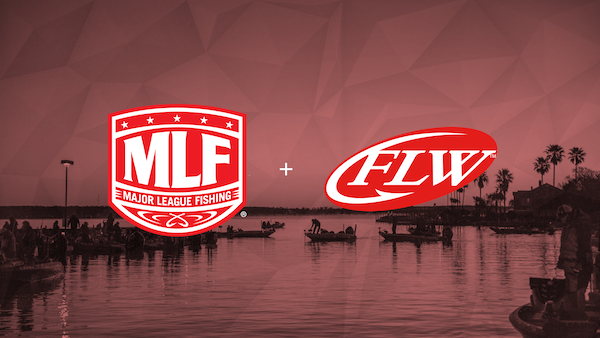 October 10, 2019, (Tulsa, Okla.) Major League Fishing (MLF) announced today that it has reached an agreement to acquire Fishing League Worldwide (FLW), the world’s largest tournament-fishing organization. The Letter of Intent (LOI) sets in motion the most significant brand merger in competitive bass fishing history, linking a tour and original, award-winning programming featuring the top professional anglers in the world to an extensive grassroots organization that serves tens of thousands of competitive anglers from high school and college to weekenders and tour pros.

“We’re thrilled about welcoming FLW to the MLF team,” said Jim Wilburn, President and CEO of Major League Fishing. “FLW shares our commitment to creating tournaments and opportunities centered on the success of the angler. Through this acquisition, we are better positioned to support anglers and sponsors at all levels.”

“Our business plan always included reaching all levels of grassroots fishing,” said Boyd Duckett, MLF co-founder and President of the Professional Bass Tour Anglers’ Association (PBTAA). “FLW does it best with the Tour and grassroots tournaments; their reputation in competitive bass fishing is remarkable and their culture has always been pro-angler, which makes this the perfect opportunity for both organizations. We couldn’t be more excited about FLW: their team, anglers, and sponsors.”

“This announcement marks a thrilling new chapter in FLW’s history as we join Major League Fishing and begin a new era in the sport of competitive bass fishing,” said FLW President of Operations Kathy Fennel. “As part of the Major League Fishing team, we look forward to enhancing and expanding tournament offerings to our anglers and fans. Our teams have a very similar mission and vision – to support anglers at all levels, provide the industry with unmatched opportunities, and grow the sport. The complementary strengths of our organizations make this a win for the entire sport.”

Established in 2011, MLF began as a television product and has grown into a sports league with the launch of the Bass Pro Tour in January of 2019. MLF is a partnership between the PBTAA and Outdoor Sportsman Group (OSG), a division of Kroenke Sports & Entertainment.

“As MLF continues to grow, we’re committed to find the right opportunities to extend the Outdoor Sportsman Group properties,” Outdoor Sportsman Group President and CEO, Jim Liberatore said. “Through this acquisition, MLF can leverage our extensive media reach and award-winning content production to promote competitive bass fishing at all levels.”

Each year FLW offers thousands of anglers of all skill levels across the globe the opportunity to compete for millions of dollars in prize money in five tournament circuits. Under the leadership of Irwin Jacobs, FLW expanded the top level of competition to include the industry’s first seven-figure purse.

“It has been our mission since my father, Irwin Jacobs, purchased FLW in 1996 to bring the highest quality of tournaments to anglers, sponsors and fans around the world,” said Trish Blake, FLW President of Marketing. “By joining forces with Major League Fishing, the sport of professional tournament fishing will be taken to new heights for anglers across the world at all levels.”

For more information about this acquisition, visit MajorLeagueFishing.com/FLWfishing.com

All remaining 2019 events on the FLW tournament schedule will be contested as previously organized, with no changes to competition days/times, venues, payouts, etc.

That includes the Costa FLW Series Central Division event on Lake of the Ozarks and the 2019 Costa FLW Series Championship on Lake Cumberland; five remaining T-H Marine Bass Fishing League (BFL) Regionals that range from the Potomac River to Grand Lake; the Nov. 8 BFL Wild Card; and a handful of High School Fishing and College Fishing events scheduled for October and November.

LOOKING AHEAD TO 2020 FLW CIRCUITS

FLW High School Fishing, YETI FLW College Fishing, T-H Marine BFL and Costa FLW Series circuits will continue in 2020 and beyond, with the addition of three regions in the Costa FLW Series and reduced entry fees for both BFL and FLW Series boaters and co-anglers. The most significant alteration will occur at the top of the FLW professional tournament ladder.

The 2020 season will see the birth of the FLW Pro Circuit, replacing the 24-year-old FLW Tour. The Pro Circuit will feature a 150-angler field, and will be contested over a seven-event regular season that leads to the FLW Angler of the Year Championship event. All anglers who qualified for the 2020 FLW Tour will be eligible to compete in the Pro Circuit.

The Pro Circuit will operate on a six-day competition schedule that features FLW’s traditional five-fish-limit format on days one through three, transitioning to the MLF catch, weigh, immediate-release/every-scoreable-bass-counts format on days four through six (which include two 10-angler Knockout Rounds and a final 10-angler Championship Round). As is the case in all rounds of the MLF Bass Pro Tour, MLF-appointed in-boat officials will manage the competition and weighing of fish on the final three days of the FLW Pro Circuit.

Payouts for the Pro Circuit will extend down to 75th place, representing a payday for half the field (a 12-percent increase in the number of anglers earning a check).

The new Angler of the Year Championship will serve as the signature final event of the FLW Pro Circuit, taking the place of the FLW Cup.

The most successful anglers (based on competition results) in the FLW Pro Circuit will qualify to compete in the MLF Bass Pro Tour. Details on qualification standards will be released in the coming weeks.

Costa FLW Series anglers will see an expansion of regions from five to eight in 2020, to make the Series geographically available to more anglers. The schedule will include three events per region, and an FLW Series Championship.

The BFL competition structure will continue as-is in 2020, with the same number of regions, tournaments and Super Tournaments as in 2019, all competing under the traditional five-fish-limit format. Entry fees will be reduced to $200 for boaters and $100 for co-anglers for single-day events, and $300/$150 for the two-day Super Tournaments.

The same group of BFL tournament directors will continue to manage BFL competitions.

FLW’s High School Fishing and YETI FLW College Fishing schedules will continue without change for the remainder of 2019 and beyond. Anglers and teams that qualified for 2020 events in 2019 can expect to proceed as planned.

“As time goes on, we’ll accomplish a lot for those FLW anglers. They should be assured that times are continuing to get better,” Duckett says. “Not that it wasn’t good already. FLW has done a great job in building a pro-angler culture that’s the strongest I’ve ever participated in, but if there is anything that MLF can do, we intend to make it better. That’s what I get up for every day – to make it better for the anglers.”

About FLW
FLW is the world’s largest tournament-fishing organization, providing anglers of all skill levels the opportunity to compete in more than 290 bass-fishing tournaments across five circuits. Headquartered in Benton, Kentucky, FLW and their partners offer a High School Fishing and College Fishing Series, the Bass Fishing League (BFL) series for grassroots anglers, the Costa FLW Series for aspiring professionals and the FLW Tour, which showcases some of the top anglers in the world. For more information visit FLWFishing.com and follow FLW on YouTube, Facebook, and Instagram.

Will we see a new magazine? If so when?

How about some team tournaments? 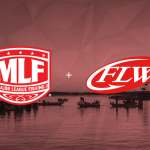