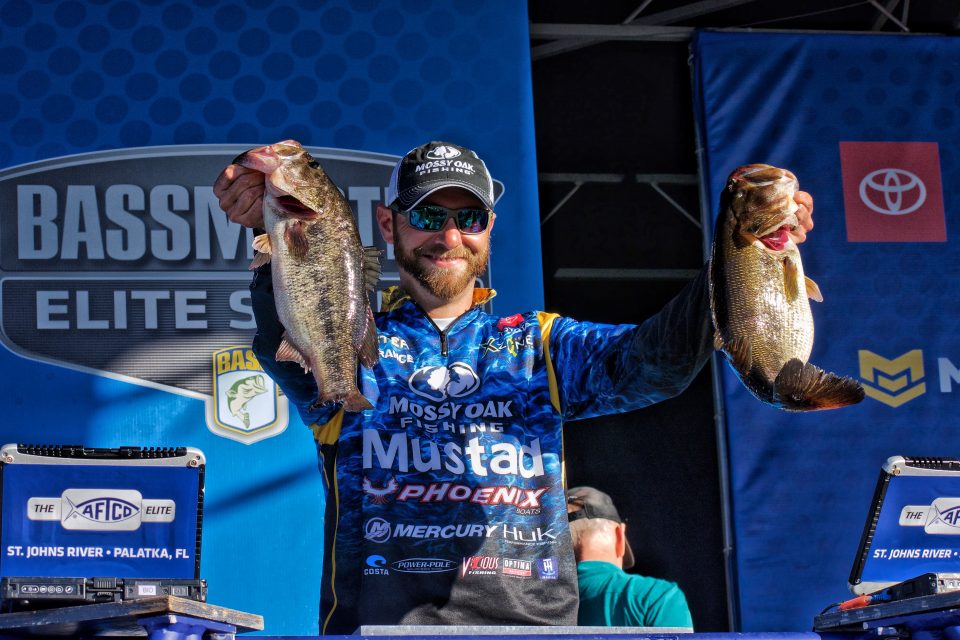 Day one of the 2020 Bassmaster Elite Series season was one Brandon Lester would rather forget. The even-keeled Tennessee pro failed to catch a keeper bass for only the second time in his professional career yesterday. While ending the day with a dreaded “goose egg” stung, Lester was able to put the day behind him when he weighed an impressive 19-lb 14-ounce limit on a fickle St. Johns River today.

Team Toyota’s Brandon Lester has been a model of consistency throughout his career and has typically performed extremely well on the St. Johns, but Lester explained the difference between a good day and a terrible day is razor thin on this body of water.

“Poor decision making was what bit me yesterday,“ Lester explained. “On a tidal fishery like the St. Johns River, every single decision is magnified. I got in a bad rotation (in reference to the tide) yesterday and it is already a grind out there. I literally only had one bite all day, and I lost it.”

Lester was understandably upset after such an uncharacteristically tough day, but instead of dwelling on the negative he hopped in his Tundra with his family and put the day behind him.

Finishing the first Elite Series event at the bottom of the leaderboard would have handicapped Lester’s 2020 season in a way he didn’t even want to consider. Fortunately, Lester knew Florida’s St. Johns River is the kind of fishery that could produce a big comeback.

“I had a sneaky suspicion the failing water and cold front pulled the bass out of the shallows in the canals I was fishing,” Lester grinned. “I rigged up a X-Zone Lures Muscle Back Craw on a 4/0 Mustad Flippin Hook with a ¼-ounce weight and went to work. The fish had pulled out to any hard targets (like wood, laydowns, etc.) towards the mouth of the canals.”

Lester’s big bag on day two not only helped erase a lackluster first day from his mind, but also salvaged a $10,000 check, a bunch of AOY points, and potentially his entire year.

“Today was so incredibly important for my season,” said a relieved Lester. “Two of my biggest goals are to qualify for the 2021 Bassmaster Classic, and have a shot at the Angler of the Year title at the end of this season. If I struggled again today I could have all but kissed both of those goals goodbye. I am extremely grateful.” 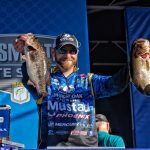