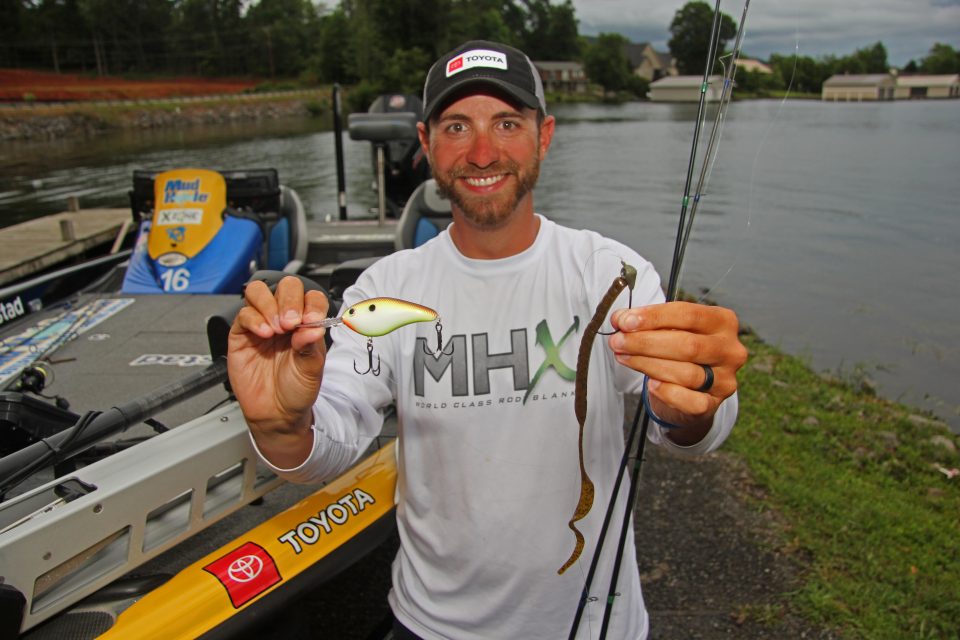 Brandon Lester hesitates to call Guntersville his home lake, but it’s only 80 minutes south of he and wife Kimberly’s home. And he pretty much cut his tournament angling teeth on Guntersville, fishing club derbies and college events during his days at The University of Tennessee at Chattanooga.

But he won’t balk at calling this week’s Bassmaster Elite Series on Alabama’s largest lake a “Ledge Fest.”

“Heck yea, man, 110-percent yes! — it’s going to be a Ledge Fest here this week – it’s late June on the Tennessee River,” says Lester with a confident grin, amid his well-groomed signature beard.

However, Lester advises the term “ledge fishing” can be somewhat misleading – explaining that while most big limits will be caught in 12 to 25 feet of water this week – not all those bass are relating to the actual Tennessee River channel that flows through this legendary 69,000 surface acre reservoir.

Perhaps the term “Off Shore Fest” would be more accurate according to Lester.

“It might be a rock pile, or it could be a natural underwater spring that bass are anchored to – but it’s not always the main river channel here,” says Lester. “Instead, it’s just about anything away from the shoreline in somewhat deeper water, that’s likely surrounded by a harder bottom, and washed by the current.”

Lester stresses the importance of locating a hard bottom, and says anglers can expect to see the bottom contour line on their sonar appear thicker and brighter when they’ve found a freshwater mussel shell bed, or other hard bottom substrate bass love.

Asked to choose two key lures he won’t be without this week, Lester showcased a Strike King 6XD that hits the 18 foot deep zone, and an 11” X Zone Blitz Worm on a ½ ounce jig head.

He fishes the big worm on 17-pound fluorocarbon line, and takes time to swap out the hooks on his crankbait with #2 round bend trebles from Mustad.

“I’m gonna say 89 total pounds to win – that’s about 22 to 23 pounds a day on average, but on Day 1 (Friday) I think fans can expect to see a couple limits that will weigh 25 pounds or more,” predicts Lester.

Oh, and don’t hesitate to put Brandon Lester on your team. He feels very much at home here too. 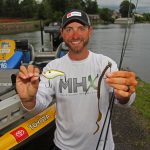