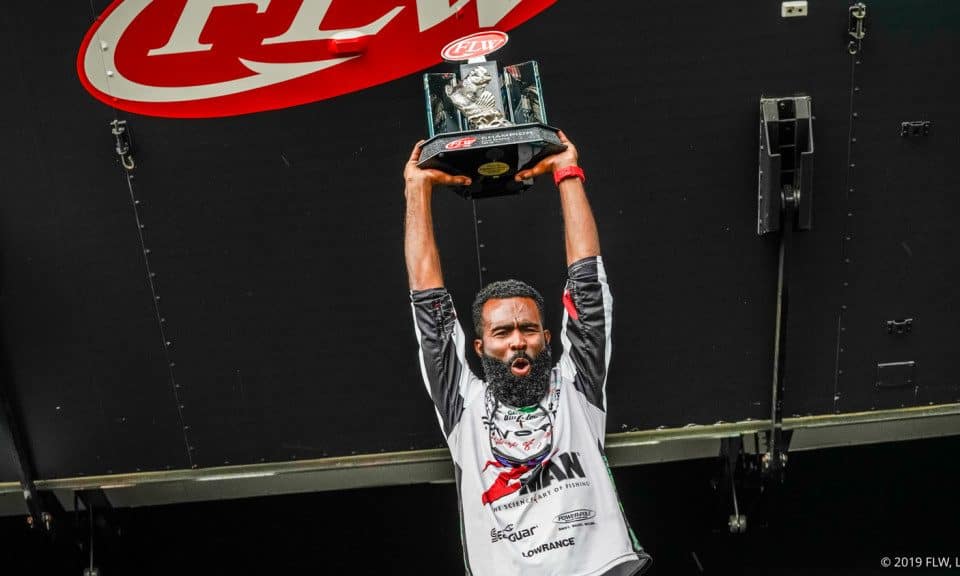 BAINBRIDGE, Ga. (March 10, 2019) – In one of the most dramatic finishes in recent FLW Tour history, fourth-year FLW Tour pro Brian Latimer of Belton, South Carolina, brought a five-bass limit to the scale weighing 21 pounds, 3 ounces to win the FLW Tour at Lake Seminole presented by Costa Sunday and the first-place prize of $100,000.

All day long Latimer, Setzer and Collings traded blows, landing one big one after another much to the thrill of the thousands of viewers that tuned in to watch the day’s action on FLW Live. As the broadcast came to an end at 2 p.m. Latimer was in third place, but only had three bass in his livewell. Latimer added two more keepers late in the day to overtake Setzer and Collings and earned the South Carolina pro his first career victory.

“I have fished for so long, and I always knew that I could do this,” an emotional Latimer said on the weigh-in stage. “I didn’t do well, for a long time. This is not an easy sport. But I knew I could do it, and I kept going. All I’ve ever wanted to do was fish for a living. To win the $100,000 is great, but to finally have my trophy… that is so awesome.”

Latimer caught his fish on Day One Thursday by cranking a current seam in the Flint River with a Bill Lewis MR-6 crankbait, bringing a solid limit weighing 19-1 to the scale. Friday, he caught a few fish cranking, but the majority came from a run down the river to a flat with isolated clumps of grass. He scrapped up a limit weighing 17-11, then decided to stick it out on the flat for the final two days of competition, weighing in 23-0 and 21-3 to slam the door and earn the win.

“Friday is when I figured out that I was on the winning school of fish,” Latimer said. “I did the majority of my damage at a big hydrilla and milfoil flat. I told my wife that if I can get five bites there, every day, I could win this tournament. I stuck it out there, and that’s what happened.

Latimer’s one-two punch on the flat was flipping a Texas-rigged Z-Man Palmetto Bugz with a 1/2-ounce weight or finessing them out with a wacky-rigged Zoom Trick Worm.

“It was stressful – probably the most stressful thing that I have ever been through,” said Latimer. “I lost quite a few fish this week, but I kept my composure. I wasn’t getting many bites. I had to stay focused, and I’m just so blessed that I caught what I did.

Overall there were 42 bass weighing 138 pounds, 12 ounces caught by pros Sunday. Eight of the final 10 pros weighed in five-bass limits.

Television coverage of the FLW Tour at Lake Seminole presented by Costa will premiere in 2019. The Emmy-nominated “FLW” television show airs each Saturday night at 7 p.m. EST and is broadcast to more than 63 million cable, satellite and telecommunications households in the U.S., Canada and the Caribbean on the World Fishing Network (WFN), the leading entertainment destination and digital resource for anglers throughout North America. FLW television is also distributed internationally to FLW partner countries, including Canada, China, Italy, Korea, Mexico, Portugal, Spain and South Africa.

In FLW Tour competition, the full field of 165 pro anglers competed in the two-day opening round Thursday and Friday. The top 30 pros based on their two-day accumulated weight advanced to fish on Saturday. Only the top 10 pros continued competition Sunday, with the winner determined by the heaviest accumulated weight from the four days of competition.

Throughout the season, anglers are also vying for valuable points in hopes of qualifying for the 2019 FLW Cup, the world championship of professional bass fishing. The 2019 FLW Cup will be on Lake Hamilton in Hot Springs, Arkansas, Aug. 9-11and is hosted by the Arkansas Department of Parks and Tourism and Visit Hot Springs. 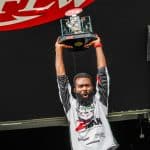