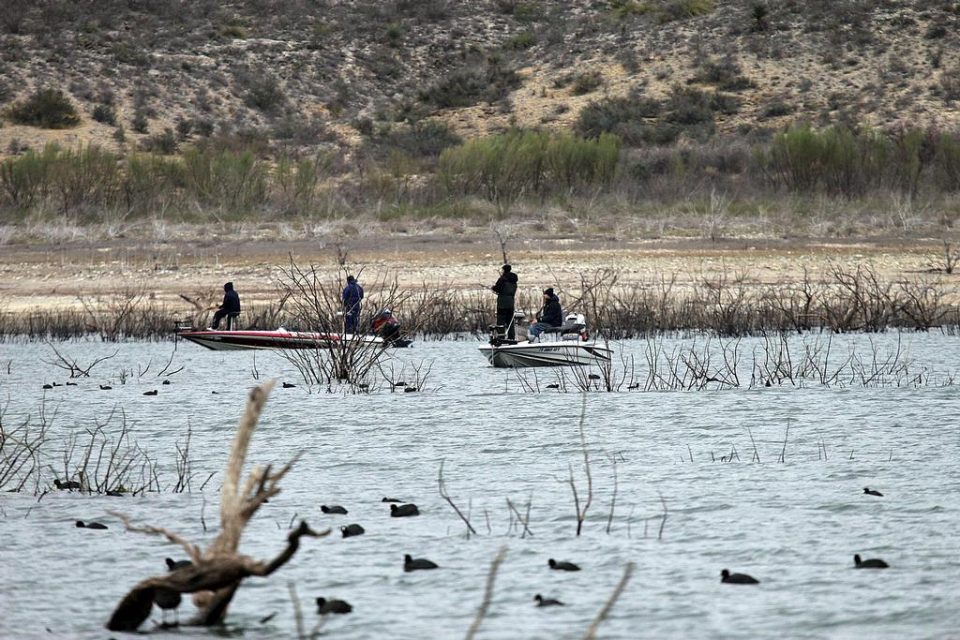 DEL RIO, Texas (Dec. 20, 2018) – The 2019 Costa Fishing League Worldwide (FLW) Series tournament season is set to open at Lake Amistad, Jan. 3-5, with the Costa FLW Series at Lake Amistad presented by Ranger Boats. Hosted by the Del Rio Chamber of Commerce, the three-day Southwestern Division tournament will feature as many as 300 regional bass-fishing anglers and a top prize of up to $90,000, including a brand new Ranger Z518L boat with a 200-horsepower Evinrude or Mercury outboard engine.

“In general, it’s going to be a tough event and the weights will be lower than we’re used to, but there will still be some anglers who catch some big ones in the 6- to 8-pound range,” said Costa pro Todd Castledine of Nacogdoches, Texas., who had a 2ndplace finish in FLW Series competition at Lake Amistad in 2012. “Fish will either be 2 pounds or really big. It’s hard to catch those 2½ – 4½-pounders right now – there’s a big class of fish missing. If guys can get around a wolf pack of big ones, that will be good. It’s not like other lakes where you just find one fish alone. If you come across a fish, they’ll be in wolf packs. It’s just takes some time to find them.”

Castledine said anglers will be able to catch fish from one end of the lake to the other.

“Those wolf packs can be anywhere – they roam around based on the baitfish,” said Castledine. “That’s the beauty of Lake Amistad – you can win it anywhere. Every single place you go, it looks good for catching fish.”

The Texas pro said fish will likely be caught both shallow and out deep.

“There will be some shallow fish just kind of grinding up and down the bank,” said Castledine. “They’ll be around drop-offs, grass and bushes. For those fish, I see spinnerbaits, ChatterBaits, swimbaits, jerkbaits, and Rat-L-Trap-type baits being players.

“The big schools get out deep. You can catch them in 30 to 70 feet of water,” Castledine continued. “They’ll be on big ridges and points. There are phenomenal ledges that run way out to the middle of the lake and some of them even have bushes as deep as 30 or 35 feet down. Carolina rigs, big jigs and drop-shot rigs will be favored.”

As for a winning weight, Castledine said that the large gap in fish size makes it’s hard to pinpoint an exact number. He said it could take as little as 28 pounds to make the top-10 cut, with the winner posting up over 60 pounds.

“There’s no doubt that someone could weigh in on Day One and make the cut,” said Castledine. “Limits won’t be made up of 3s and 4s – someone could have a couple 8s and some small ones and do well. It’s hard to predict right now – its boom or bust.” 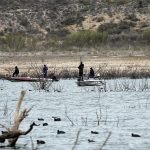