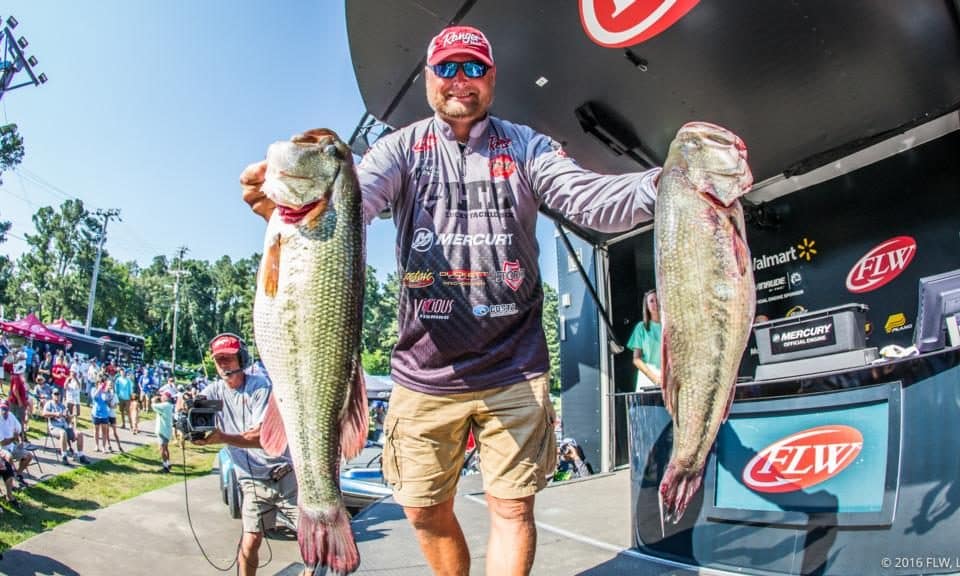 GILBERTSVILLE, Ky. (May 3, 2018) – The Fishing League Worldwide (FLW) Tour, professional bass fishing’s largest and most lucrative tournament circuit, is set to fish Kentucky and Barkley lakes May 17-20 for the FLW Tour at Kentucky Lake presented by Costa Sunglasses. The event, hosted by the Kentucky Lake Convention and Visitors Bureau, will feature 362 of the world’s best bass-fishing professionals and co-anglers casting for top awards of up to $125,000 cash in the Pro Division and up to $25,000 cash in the Co-angler Division.

This year, 23-year Tour veteran Terry Bolton, of Paducah, Kentucky, said he expects another great week of fishing, but doesn’t think it will take as nearly as much weight to win.

“I think the winner will need to catch around 17½ pounds a day. It’s going to be more of spawn-oriented deal this time around,” said Bolton, who has 32 career top-10 finishes on Kentucky and Barkley lakes in FLW competition. “With how cold our winter was this year, everything happened a lot later than in the past six or seven years. Essentially we didn’t have any April spawners like we’ve had in the past. Some of the first few fish to start spawning started this past week. That leads me to believe that we will likely be hitting the next wave come tournament time.”

Bolton said a number of baits will be in play for this event, mainly soft-plastics, topwater baits and possibly some big crankbaits and swimbaits. He mentioned Zoom Lizards, Brush Hogs and popping-type lures as very likely to be seen in use by competitors.

“Bushes and willow trees will get a lot of attention from anglers, but that pattern can vary depending on what the water level is,” said Bolton. “I think it will mainly be a shallow-water event. I don’t think we’ll see as much ledge fishing. There’ll be some, but I don’t think we’ll see it as much as we have in past FLW Tour events.”

Prior to the weigh-ins Saturday and Sunday, May 19-20, FLW will host a free Family Fishing Expo at Kentucky Dam State Park from noon to 4 p.m. The Expo is the perfect opportunity for fishing fans of all ages to meet their favorite anglers, enjoy interactive games, activities and giveaways provided by FLW sponsors, meet characters from the “Paw Patrol” children’s television show, and learn more about the sport of fishing and other outdoor activities.

Also for youth, the FLW Foundation’s Unified Fishing Derby will be held at Kentucky Dam State Park on Saturday, May 19, from 9-11 a.m. The event is hosted by FLW Foundation pro Cody Kelley along with other FLW Tour anglers, and is free and open to youth (18 and under) and Special Olympics athletes (all ages). Rods and reels are available for use, but youth are encouraged to bring their own if they own one. The 1stand 2nd place anglers that catch the biggest fish will be recognized Saturday on the FLW Tour stage, just prior to the pros weighing in.

As part of the FLW Tour’s community outreach initiative, FLW Tour pro anglers will visit students at Jonathan Elementary School, located at 9207 U.S. Highway 68, in Benton, Kentucky, on Wednesday, May 16 from 8-10 a.m. to introduce students to fishing and outdoor activities in their community. During the presentations the pro anglers will reinforce how science, technology, engineering and math (STEM) relate to outdoor activities as well as boating safety. The presentation will promote the sport of fishing and outdoor recreation and give youth the information they need to “Get Outdoors. Go Fish!”

In FLW Tour competition, pros and co-anglers are randomly paired each day, with pros supplying the boat, controlling boat movement and competing against other pros. Co-anglers fish from the back deck against other co-anglers. The full field of anglers competes in the two-day opening round. Co-angler competition concludes following Friday’s weigh-in, while the top 30 pros based on their two-day accumulated weight advance to Saturday. Only the top 10 pros continue competition Sunday, with the winner determined by the heaviest accumulated weight from the four days of competition.

The total purse for the FLW Tour at Kentucky Lake presented by Costa is more than $930,000. 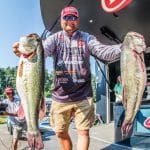