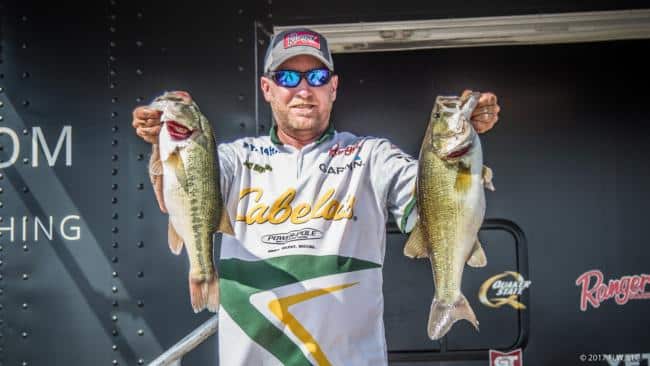 by David A. Brown – FLW Outdoors

A diverse game plan blessed with a late-day kicker yielded a limit catch of 19 pounds, 4 ounces to move Jeff Reynolds from 10th place into first with 36 even on day two of the Costa FLW Series Southwestern Division event presented by Frabill on Lake Texoma.

“I was able to fish some more of my stuff more today,” Reynolds says. “I have a couple places that have them in there pretty good and I had probably 16 pounds early this morning and I caught a lot of them out of one area.”

“I think the biggest difference today was the cloudy conditions,” Reynolds says. “For some of the stuff I’m doing, I need the sun. I really feel like I can catch the big ones if I get sun because of the way the shad work (rise to the surface). But, this morning when it was cloudy, I caught them pretty good too.”

Reynolds threw topwaters during the morning and he approached other scenarios with a Carolina rig, Texas-rigged worms and shaky heads. No one bait dominated his day, so he kept rotating to keep a fresh look in front of the fish. 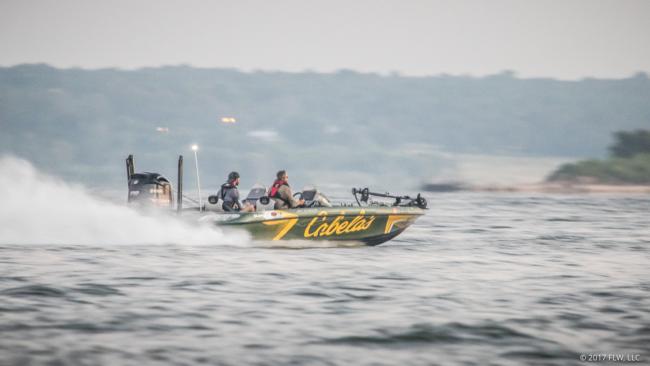 “I’m really running spots, not as much a pattern. It’s all according to what the wind and the sun are doing,” says Reynolds. “When it was cloudy, I’d fish shallow and when the sun was out, I’d go out deep and fish brush piles.”

Securing a good limit early afforded him the confidence to go big-fish hunting.

“When I had the 16 pounds early, I knew I had enough to make the cut,” Reynolds says. “So I laid off a lot of my stuff that I knew I could catch them on. On this lake, when you’re trying to catch a 4- or 5-pounder, you can catch them out of 2 feet of water or 20 feet of water. So, I really just went fishing the majority of the day and I got lucky and caught a big one (5-13) right there at the end.” 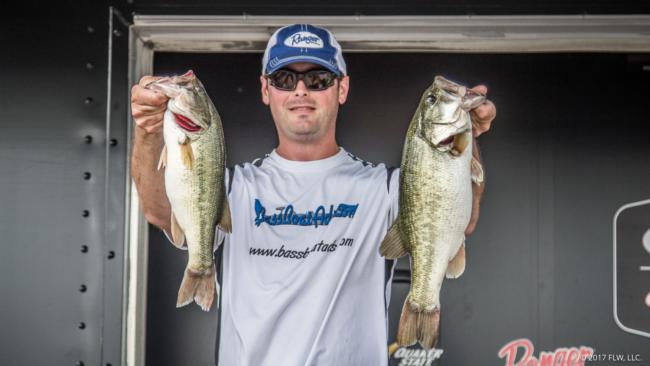 Scott grinds it out for co-angler lead

He started the morning in 10th place, but after fishing a day he described as more functional than fanciful, Daren Scott, of Aledo, Texas sacked up a limit of 15-8 and rose to first place in the co-angler division with 26-6. His day-two catch was the heaviest of the tournament.

Scott caught his day-two fish mostly on points with scattered brush and isolated rock. His bites were spread throughout the day, but a late rally produced good keepers for him and Hays. 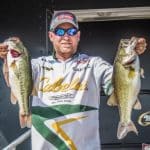