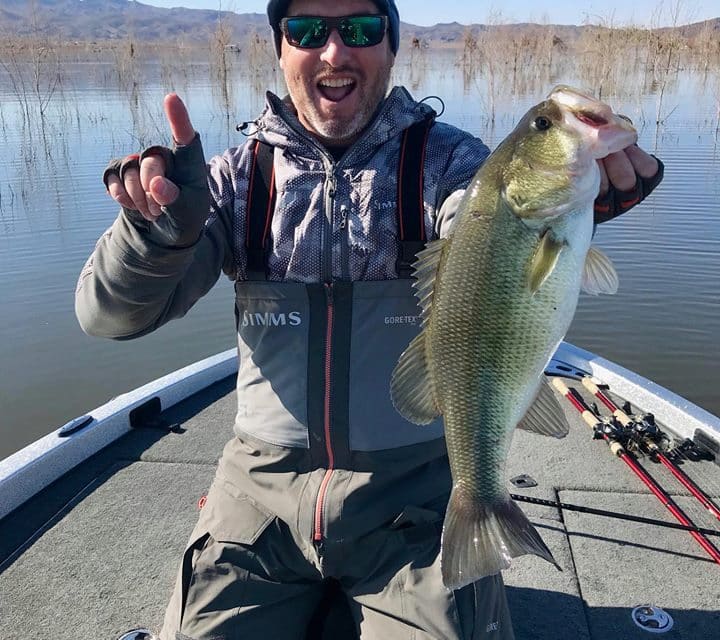 The 2018 Bassmaster Elite Season has gotten off to a good start. The biggest difference for me this season is I was more prepared at the beginning of this season. I got my boat a lot earlier this year. This allowed for plenty of time to get the boat, truck and camper all wrapped well before Christmas. So, after Christmas this allowed me to really concentrate on fishing prior the season staring. Pretty much all of January I was fishing 3-5 days a week. I spent a lot of time getting tackle ready and getting myself into that fishing mode.  It just allowed me time to settle in and get ready for the season.

Going into the first event and never having been on the lake before, I just kind of showed up there and looked at maps did some studying. I was thinking it would take 12-13lbs to have a good stringer. A big stringer would probably be 18lbs or so. Lake Martin is a lot like some of our western reservoirs or northern California reservoirs that have spots and large mouth in them like Lake Oroville or lake Shasta

The first day I picked a giant creek about half way down the lake that looked like it had a little bit of everything; good deep water, a creek in the back that had some mud too it and some other structure. I just fished the whole first day in that creek trying to figure out the pattern. After I figured out the pattern, I started to run that pattern to the rest of the lake. I fished deep the whole time. I told myself I was going to fish deep. I caught them between 30-50 feet using a couple different baits; Ned Rig with Yamamoto Fat Senko on it, a drop shot with a Roboworm and Neko Rig with a Senko on it. I just used a few baits and fished deep and ended up 11th. That was a good start to the year and I got that ball rolling in the right direction

Having this break big break in between the first and the second tournament is tough. The second tournament is not until a month and half.  It is on the Sabine river. Obviously we have been there before and it’s going be a tough venue. Of course, we have the Bassmaster Classic that unfortunately I am not fishing this year. It’s always exciting and yes, I would like to be fishing it. It is the biggest sports show in our sport with the biggest prized too. Everybody who is anybody is at the classic. There are lots of new products coming out at the classic. One of the ones I’ve been working on is the 3/4 oz. Jackhammer. It will be introduced at the Classic. I am just looking forward to being there and see what the buzz is and what other new products are going to be there.  Yamamoto has another new product coming out at the classic called The Cowboy it is a flip bait it’s going to be really cool. There will be lots of other neat stuff to look at and see. If you get a chance to come to the Classic be sure to check out the expo.

I am just really excited the 2018 season is getting started off to the right way and I am really looking forward to it. I will have another update after the Classic. 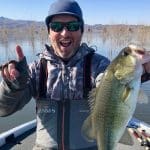