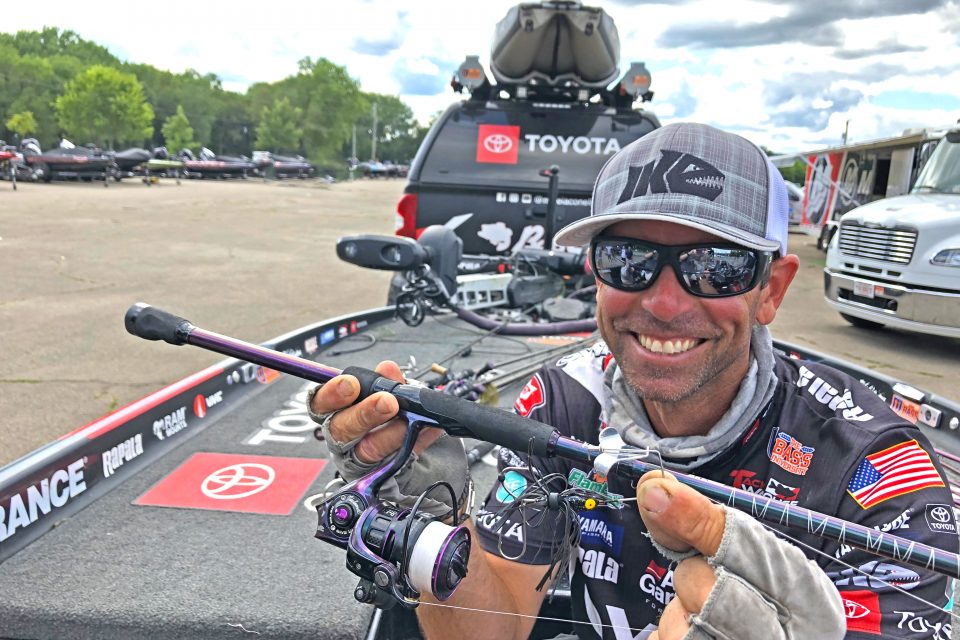 A little fishing trick Mike Iaconelli learned 25 years ago as a young angler in the Top Rod Bassmasters Club in Southern New Jersey had a huge hand in his run at the $300,000 top prize in the recent MLF Redcrest Championship in La Crosse, Wisconsin.

“A guy in our Top Rod Bass Club named Dave Borodziuk was the first guy I can remember throwing the tiny buzz over grass and hammering them on it. Anytime the milfoil grass is matted over, with just an inch or two of water over it, that tiny buzzbait is wicked,” says Iaconelli.

When he says “tiny” — he means it. Like equal in weight to a small pile of paperclips at just 1/8-ounce. But it’s perfectly sized to be effective for a lot of reasons.

“When the grass is that close to the surface you can’t get a popper with treble hooks on its belly to come through the grass without getting snagged, but that little 1/8 ounce buzz rides so high, it never gets snagged,” he explains.

In addition to being snag free, “Ike” also loves the ultra small size for creating a stealthy presentation when fishing for bass that are pressured – especially in super shallow water.

“The area where I caught them on the tiny buzz during the REDCREST Knockout round was in the Black River. It was only about 8 acres, and it was super shallow, like only two feet deep, but loaded with milfoil. And man it was full of life … from gar to bluegill, and obviously a ton of shad and small bass too,” he explains.

To further the subtleness of his approach, Iaconelli also gave careful strategic thought to the blade and skirt color of the little buzz.

“I wanted the silver blade to resemble the shad, but I wanted a black skirt that was a little tougher for them to get a good look at. I think that made them react and crush it, rather than follow it and shy away from it like white or chartreuse might have lead them to do,” he explains.

One drawback to the super lightweight lure is casting it can be like trying to launch a potato chip in a windstorm. So “Ike” throws it on a spinning rod — a sight seldom seen with pros throwing buzzers. Heavier 3/8 and ½ ounce buzzbaits are nearly always paired with baitcasting equipment.

But in this case, a spinning rod and reel makes sense and works way better for casting the lightweight skirted assassin into the wind. Iaconelli uses 10-lb Berkley X5 straight braid with no fluorocarbon or monofilament leader.

“I’ll be honest, I tried a little bigger ¼ ounce buzzbait earlier in the week, but I just kept telling myself I needed something even smaller and more stealthy, especially where the milfoil was flooded so close to the surface,” reflects Iaconelli.

His intuition was spot on. His decision to tie on a tiny secret weapon he learned about in a local bass club in his early 20s proved big enough for a top finish this past week, and a shot at $300,000. 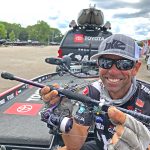