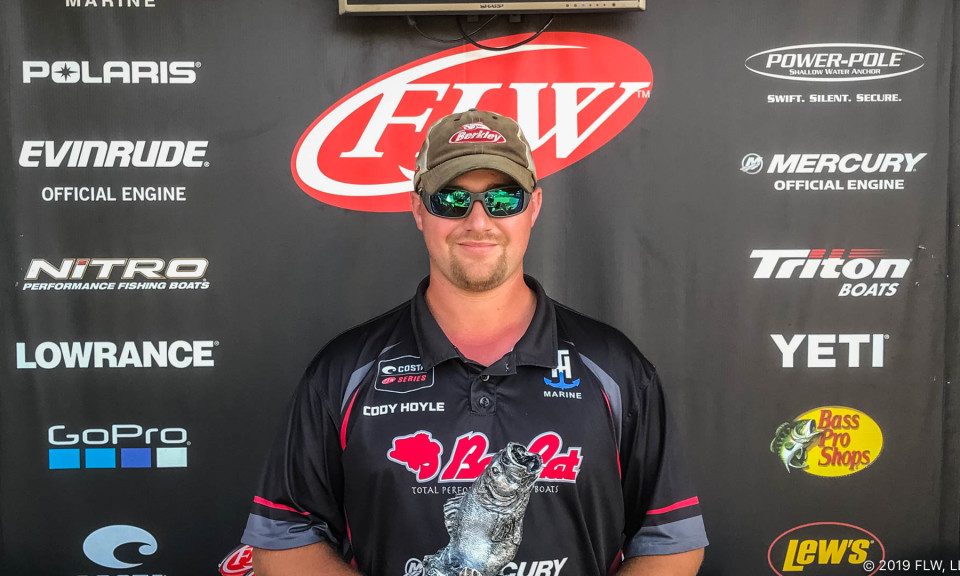 “I was hitting 50 to 60 docks a day, fishing in the mid-lake area around Mountain Creek,” said Hoyle, who earned his second career win in BFL competition. “I was looking for deeper docks with brush. The fish are getting into wolf packs, and when I found them I could usually catch multiple fish on each dock.”

Hoyle estimated that he caught 20 to 25 fish a day on a homemade brown and orange-colored jig trailered with a Zoom Z-Craw. He also caught a few keepers drop-shotting a Reaction Innovations Flirt Worm.

“One fish each day came on the drop-shot, the rest came on the jig,” said Hoyle. “The bite was a little better Saturday – I got to fish a little later in the day, and the bite seemed to get better as the day went on.”

Of the 10 bass that Hoyle brought to the weigh-in scale, four were largemouth bass and six were spotted bass.

Greg Lovelace of Bostic, North Carolina, caught a 3-pound, 11-ounce bass – the heaviest of the event in the Boater Division – and earned the event’s Boater Big Bass award of $697.

Charles Wood of Thomasville, North Carolina, caught the largest bass in the Co-angler Division, a fish weighing in at 3 pounds, 10 ounces. The catch earned him the event’s Co-angler Big Bass award of $349.

The top 45 boaters and co-anglers in the region based on point standings, along with the five winners in each qualifying event, will be entered in the Oct. 3-5 BFL Regional Championship on Lake Hartwell presented by Navionics in Seneca, South Carolina. Boaters will compete for a top award of a Ranger Z518L with a 200-horsepower outboard and $20,000, while co-anglers will fish for a new Ranger Z518L with a 200-horsepower outboard. 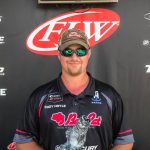